What to know for Tuesday's primary election in Minnesota

Primary Election Day will look different amid COVID-19 so Minnesotans can safely vote in person. 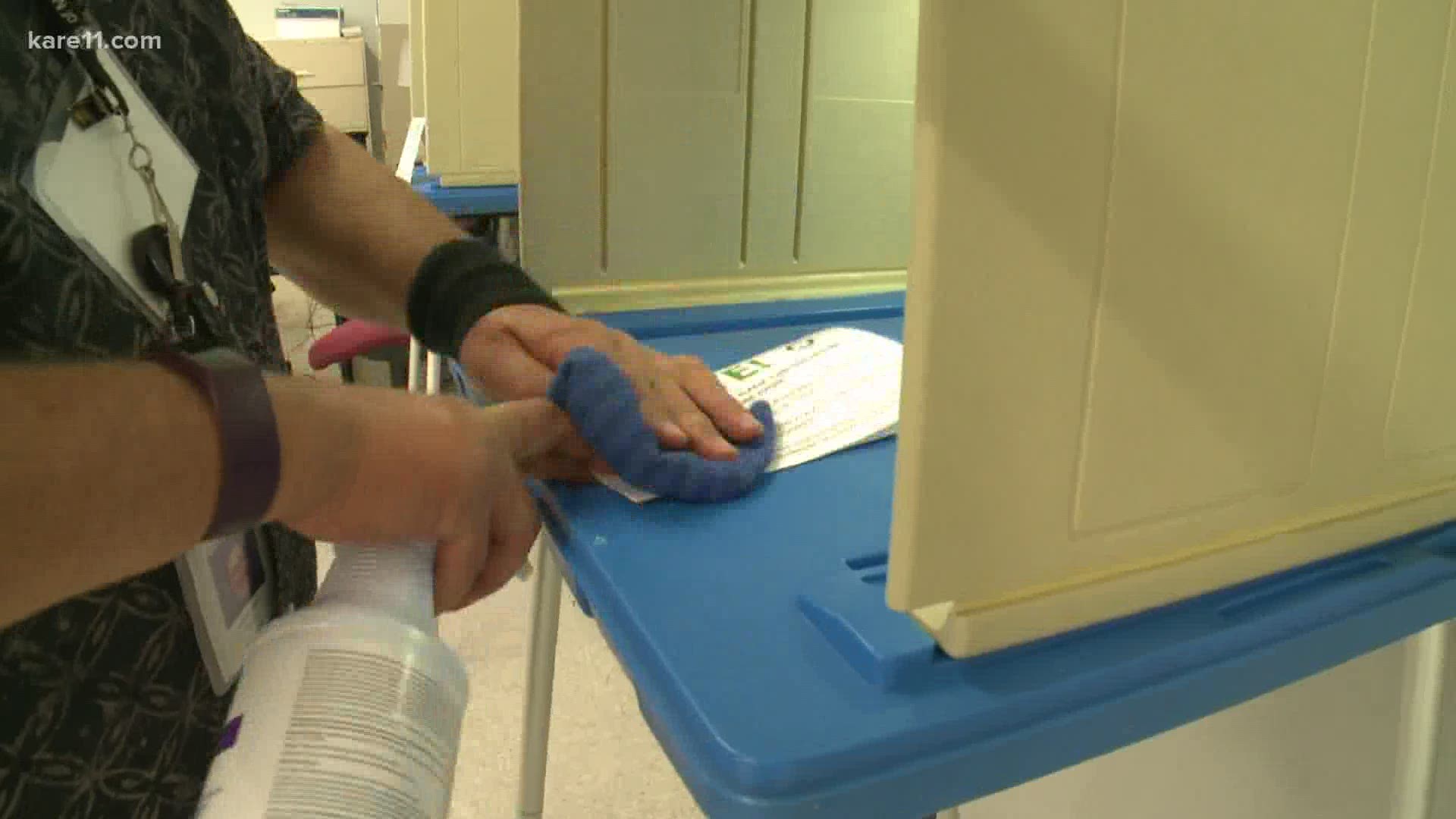 MINNEAPOLIS, Minnesota — Primary Election Day is here. On Tuesday, Minnesotans will head to the polls, but it will be a different experience due to the pandemic.

For those choosing to vote in person on Tuesday, many safety measures will be in place at the polls.

Due to Minnesota's mask mandate, voters need to wear a mask. For those without one, disposable masks will also be available. Any voter who cannot wear a face covering or refuses to wear one can vote outside using curbside voting. Elections staff will bring the ballot to the person's vehicle. According to the city of Minneapolis, any voter who refuses to wear a mask or vote outside may still vote but the incident will be documented and reported to authorities.

Voters will be given hand sanitizer when they enter and exit. Pens will be sanitized after every use but voters are also welcome to bring their own pen. Voting booths and other surfaces will be frequently wiped down.

"If there are individuals that cannot enter the polling location, we will provide curbside voting which means they can vote from their vehicle. We don't have designated spots in all our polling locations. They just need to flag down one of our judges outside," said Grace Wachlarowicz, director of elections and voter services for the city of Minneapolis.

"It's really similar to what you've seen, for example, at the grocery store. We're going to be asking people to stand six feet apart from each other while they're waiting so that means the line is going to look a little bit longer than it has in the past but that's because we've got so much distance in between folks," said Ginny Gelms, Hennepin County elections manager.

Many Minnesotans have already cast their ballots—choosing to vote absentee.

Voters who still need to send in their absentee ballot, have until 3 p.m. on Tuesday to drop them off.

"You can drop it off in person at the Hennepin County Government Center if you live in Hennepin County or at your city elections office before 3 p.m. on Election Day and it'll be in time to be counted," Gelms said.

Wachlarowicz is reminding people not to bring their absentee ballots to the polls.

"That is invalid. We have safety protocols in place so that when you check in, if we have not accepted that ballot through the mail, it'll say good to go... they can vote in the polls. Then it'll be marked appropriately so even if that ballot for some reason gets back to us, we know that you have already voted," Wachlarowicz said.

Ballots need to be postmarked by August 11 and received by August 13 in order to count. Minnesota Secretary of State Steve Simon said he would not recommend mailing it at this point.

"I really wouldn't. It depends on your tolerance for risk. It has to get there, it has to be postmarked by Tuesday, Election Day, and get there by Thursday. If you're confident in the U.S. mail, that that can happen, then you should do that. If you're not confident or you think there's a chance that won't happen, I wouldn't do it. You can have it dropped off or you yourself can drop it off at the place where it's supposed to go," Simon explained.

Voters who have already mailed in their ballots, can track them here.

"It's very important to double check your polling place," Gelms said. "Cities did change some of the polling places because the locations that they were previously were in high rises or senior assisted living facilities or things like that."

Secretary Simon said this election night will look different than past primaries. We won't have the final tally of unofficial results until Thursday night or Friday morning. Election officials have an extra two days to count ballots and some of those absentee ballots will trickle in after Tuesday night.

Gelms added, "For some reason, people get the idea that if the race is a blowout then we stop counting the ballots and that's not the case. We count every single ballot that comes in that's timely. So we'll be counting everything that we get in the mail that's postmarked by Tuesday as long as we get it by Thursday it will be counted and we'll have final results on Friday." 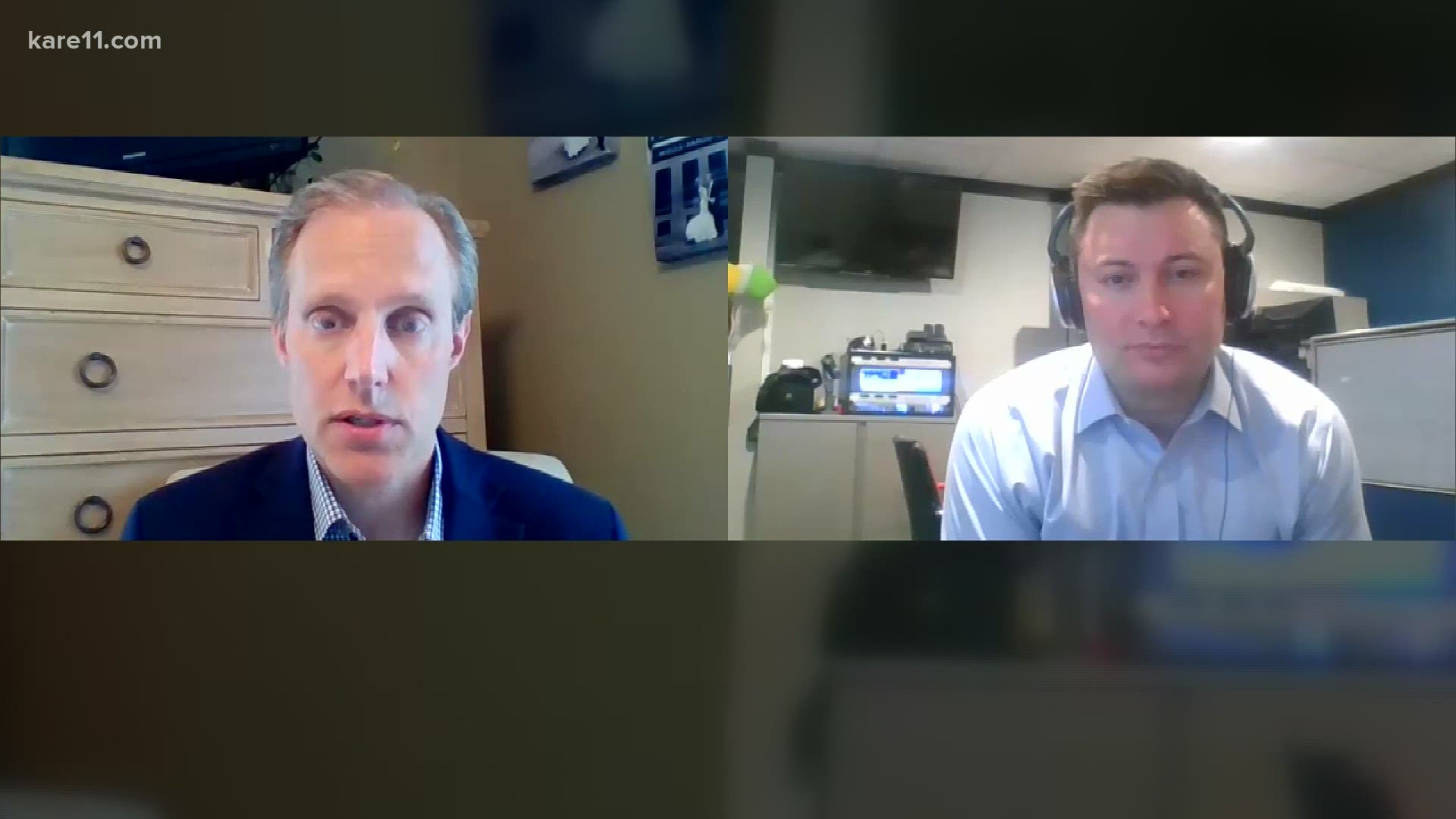