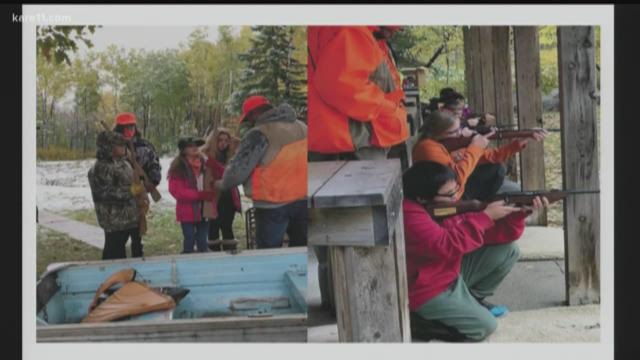 ST PAUL, Minn. — There's no doubt most children these days spend too much time looking at screens, and some grownups fear they're losing touch with Minnesota's outdoor heritage.

That's why Sen. Justin Eichorn of Grand Rapids would like to give schools the option of adding firearms safety, hunting, trap shooting, archery and fishing to physical education classes.

"We're trying to help get our Minnesota kids away from the TV and get them out in the woods and on the water again to get them hooked on the outdoors and hooked on fishing," Sen. Eichorn remarked Wednesday when the Senate Education Committee heard his bill.

"We want to start bending that curve to get children to care about the outdoors and the history of and heritage of hunting and fishing in Minnesota."

Eichorn's bill, SF 793, would set up a pilot program with the Dept. of Natural Resources providing the curriculum and other resources to six schools across the state.

The legislation would allow tribal schools to apply for the grants as well. And the DNR Commissioner would be required to consult with Minnesota's Native American communities to develop the courses.

The committee Wednesday also heard from Kevin Murphy, a sixth-grade teacher at Northland Community Schools in Cass County, outside of Grand Rapids.

"That is huge in local culture, the firearms safety part of it, the hunting aspect of it, the outdoor education is all very, very important as a cultural element," Murphy explained, noting that 45 percent of his district's enrollment is part of Minnesota's Indigenous population.

The Leech Lake Band of Ojibwe sent a letter to the Senate in support of the legislation.

The committee voted to lay the bill over for possible inclusion in the omnibus education bill that will be finalized near the end of the session.