Getting beyond the divide in Greater MN

Karla Hult looks at Morrison Co., which was once viewed as a "swing district," but in 2016, voters gave President Trump his largest margin of victory in the state. 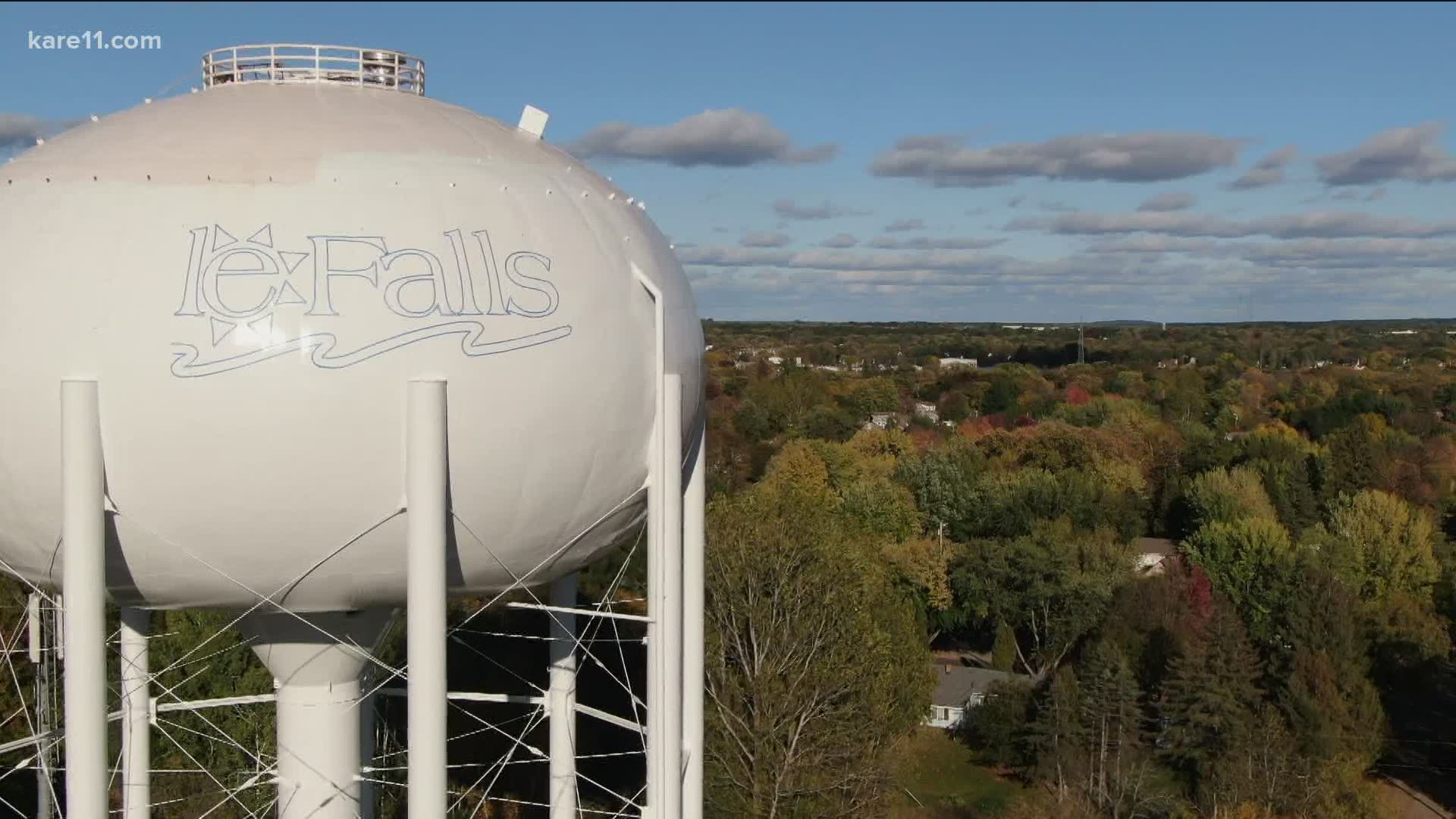 LITTLE FALLS, Minn. — The Little Falls community reflects the palette of the season: trees singed by fall colors and yards blanketed by red and blue signs.

It would seem there are few shades of grey in this community, as KARE 11’s Karla Hult found out outside the A.T. Black & White restaurant in downtown Little Falls, the county seat of Morrison County.

“I think we’re pretty much on one side,” said a man who only wanted to be referred to by his first name, Christopher.

And according to state data, Christopher’s comment would be an understatement.

But what could be considered startling by some: is that this county hasn’t always been painted with a broad red brush. In fact, local leaders from both parties acknowledge a recent history of Morrison County being a “swing district.”

So we drove to Little Falls to ask those leaders… what happened?

“I would say that the county has always been a conservative county, but it hasn’t always been Republican,” said Mandy Heffron, Chair of the Morrison County Republicans.

Heffron noted the district, that includes Morrison County, was long represented by a Democratic representative at the state level.

Steve Wenzel served in the Minnesota House of Representatives, as a Democrat, for 29 years until 2001. But in 2000, he endorsed the Republican candidate for President, George W. Bush. And in 2014, he officially switched his allegiances to the Republican party.

And that’s not the only symbolic transition in the county. In the March 2016 caucus, Republicans in the county – as throughout the overall state – preferred both Senators Marco Rubio (first) and Ted Cruz (second) to Trump. Months later, voters had migrated to the candidate with a different personality but similar positions.

“I don’t always like the way that President Trump talks. That’s not my way to address the issues. He’s a little bit stronger in his language than I would use,” Heffron said, before adding, ”But that’s his personality, and we’re not asking him to be somebody who he’s not.”

Heffron points to how extreme the parties have become during this polarized time; she suggests the Democrats, in particular, have failed to offer a place for more moderate candidates. And Heffron also notes the significance of policy positions to local voters, with one issue seemingly more important – or at least, telling – than the rest.

RELATED: More than 73 million Americans have already voted by mail or in person

“The pro-life issue is huge here. It’s a very strong Catholic and Protestant community, and that is the biggest issue. We feel like here that if you are right on the pro-life issue, that everything will follow after that,” she said.

And when asked to clarify which issues she includes in “everything,” Heffron listed Second Amendment rights, “religious liberties and just a lot of those conservative values.”

“We feel that that the president has protected those things,” she said, adding, “He is following the Republican platform and is supporting life.”

But when it comes to the abortion debate, the newly elected Chair of the Morrison County DFL says he disagrees it’s the paramount issue to local voters.

“I think it’s overblown,” said Stephen Browning, adding, “When you actually talk to people, it’s far more nuanced but we don’t get that nuance.”

Browning believes people see circumstances that may merit different approaches to that issue. But he does see unambiguous responses when it comes to people simply wanting help.

“The strange thing is how much empathy I have for people who are actually voting for Donald Trump,” he said, adding, “In this community so many people are hurting. You’ve got so many people who are struggling with work, multiple jobs, farms closing and it feels for so long, people have been looking for a champion… somebody who will fight for them.”

It’s that gap – Browning said – that may even have contributed to some voters, throughout the county and state, switching from supporting Sen. Bernie Sanders in the March 2016 caucus to voting for Trump.

“There is that sort of desperate cry for somebody who is outside the system to break it up, to fight for people. And I think you see that when, who is the second-highest, most-approved and polled person was Bernie Sanders. A similar sort of attitude on the outside, who was pushing even similar messages of universal health care, social security and making sure to increase taxes on wealthy people who people feel have hurt them,” Browning said, adding, “People out here are hurting, and these are the areas that really want to see something fundamentally change. Something completely different.”

And to be clear, Browning said, until and unless the Democrats definitively explain how they’ll make people’s lives better, the party will continue to lose in the county. Even, he says, if President Trump fails to deliver.

“I think [voters] are still holding out hope that Trump will be that person that fights for them,” Browning said, adding, “And the unfortunate part, he just wasn’t. He just wasn’t concerned with that.”

‘You have to work together:’ the Nonpartisan Perspective

Which brings us to Little Falls Mayor Greg Zylka.

Zylka does not publicly identify as either Republican or Democrat. But that lack of affiliation has never hurt his success at the polls. He easily won re-election in 2018, earning more than 89 percent of the total vote.

Zylka accepts both theories about why Trump took hold in Morrison County. He believes the President appealed to voters through a combination of his personality, promises and positions.

“I think part of it had to do with the phrase, ‘draining the swamp.’ I think, in general, the public has concerns about the longevity of people being in office And I think that might have swayed some of them,” Zylka said, adding that he was “sure” the pro-life issue also “played a role.”

But Zylka also sees a community colored more by COVID-19 and its related challenges, than any campaign.

“A lot of this stress, of course, has been caused by businesses being shutdown partially and slowly reopening. So that’s a lot of the stress. Our [COVID-19] cases are starting to increase a little bit, so I’d say there’s a lot of stress around,” he said.

And here, amid the seasonal colors, Zylka sees a silver lining: he notes that the stress has prompted a community-wide response of cooperation.

“We’re all working so hard together for the self-preservation of our community,” he said, adding, “It’s a fight for survival and cohesiveness.”

And within that statement, you can find Zylka’s fundamental belief. As mayor and president of the Coalition of Greater Minnesota Communities, he sees value in working with both parties.

“I’ve worked with some great people on both sides of the aisle,” he said, adding, “Because neither side has the right answer. Together they have to find that right answer.”

A hope stated by a popular leader and reflected by others in the greater community: that after the election, the red and blue will blend together in a spectrum of community.

“You have to work together,” Zylka said, adding, “That’s how we make progress here.”