House Republicans float bill that would give local school boards complete control over where students take classes during the coronavirus pandemic. 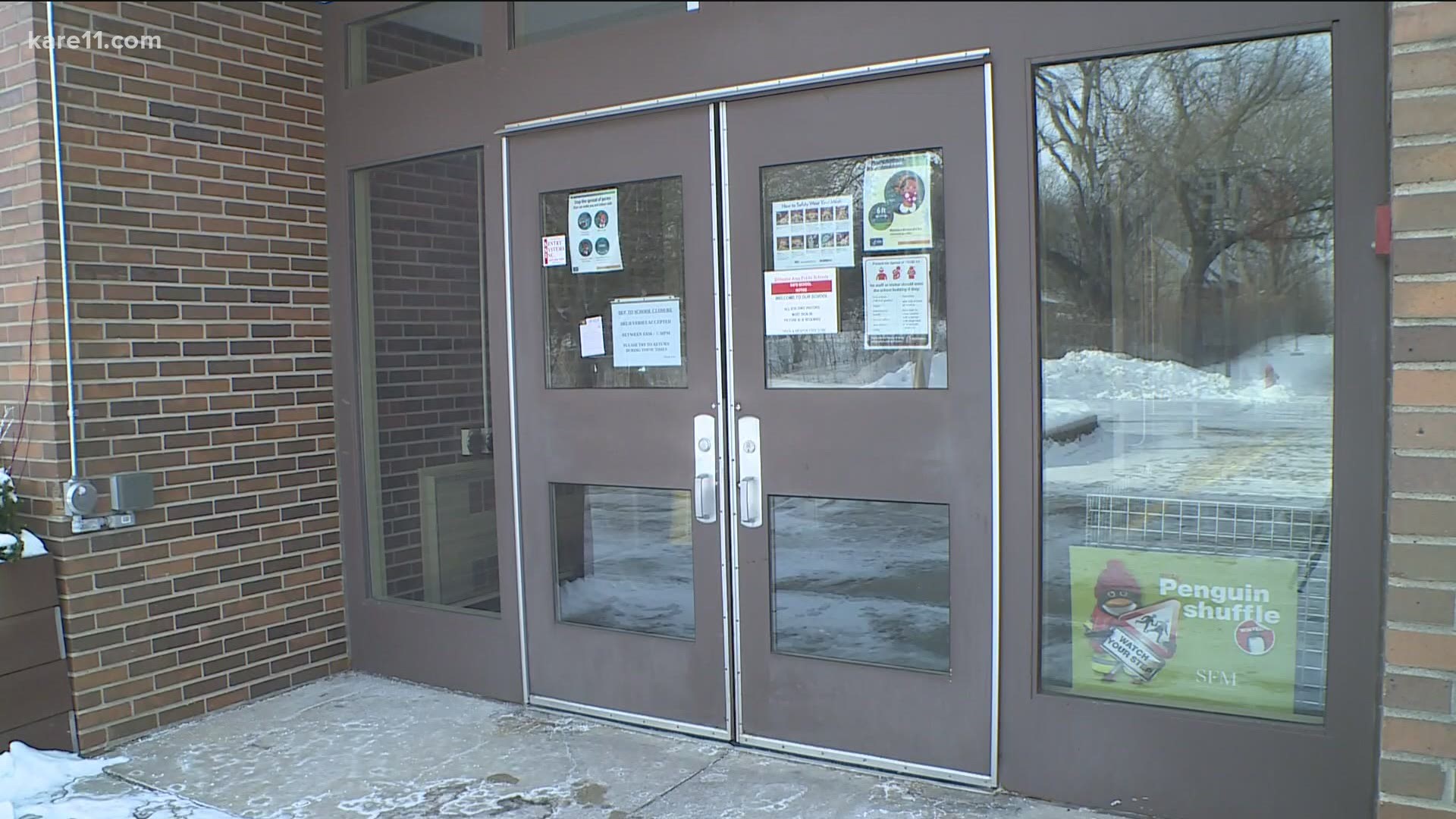 ST PAUL, Minn — Minnesota House Republicans say it's time for Governor Walz to take his hands off of schools, when it comes to how they respond to the coronavirus pandemic. A bill introduced by Rep. Ron Kresha of Little Falls would put decision about when children return to the classroom entirely in the hands of local school boards.

The news conference also included testimony from new House members who are school teachers by trade. They said they could attest to the fact that distance learning has put students behind in academic progress.

"We need to have our students in the classroom, learning from each other, with each other, with teachers that can be there, helping them, guiding them," Rep. Patricia Mueller of Austin remarked.

"They know what's happening in their school district. They know because they've been talking with their local advisers on a local level. These school boards know what has to be done to take care of their students. That is their goal."

Rep. Kresha tried a force a floor vote on his bill Thursday. He asked fellow lawmakers to declare an urgency, which would allow the measure to bypass the committee process and go straight to the House floor for debate. The DFL majority rejected that motion, so the bill will need to be passed by a committee first.

Democrats asserted Republicans are painting Gov. Walz as the bad guy when the real villain in this situation is the virus itself. They pointed out that the Stillwater School District had to close Stonebridge Elementary this week due to a COVID-19 outbreak just days after it fully reopened to classroom learning.

"I had no children at home because all three were in school, in public school," Rep. Winkler, who lives in Golden Valley, told colleagues during the debate on Kresha's motion.

"This isn't an urgency because it is already happening. This isn't a question of local control because local school districts are making decisions every day about which kids should be in school and when."

New House GOP bill would remove Gov. Walz's authority over how school districts handle learning modes during the pandemic. DFL majority today voted down a Republican motion to bypass the committee process and force the bill directly to the House floor for debate.. pic.twitter.com/MDyxsVpUkR

Schools are now operating under an executive order that allows local boards to decide when to return children to the classroom, depending on the number of confirmed COVID-19 cases in their attendance area.

The set of metrics laid out by the Minnesota Dept. of Health essentially allows districts to resume classroom learning if the infections fall to below 10 cases per 10,000 people inside their district.

Republicans who took part in Thursday's press conference said local districts still feel under constant threat of having the Minnesota Dept. of Education take some kind of enforcement action if they don't comply with the guidelines.

But, as of Thursday, Minn. Education Commissioner Mary Cathryn Ricker hadn't needed to take any enforcement actions against school districts, according to her staff. She has made calls to local superintendents to discuss concerns.

The only school board to go rogue, as it were, was the Sibley East School District in Arlington, Minnesota which voted in October to send students back to school in defiance of the parameters of the executive order. The board reversed itself after the district's attorney warned of potential lawsuits and fines by the State.

A similar bill is pending in the Republican-controlled Minnesota Senate and is expected to pass in that body.

Earlier Thursday a House Committee considered a DFL lawmaker's bill that would empower local school boards to extend a property tax levy without taking it to voters in a referendum. Some Republican members objected, saying local school boards can't all be trusted with those tax policy decisions.