A trio of Republicans want U.S. Attorney General Barr to head the investigation on racial discrimination in the Minneapolis Police Department. 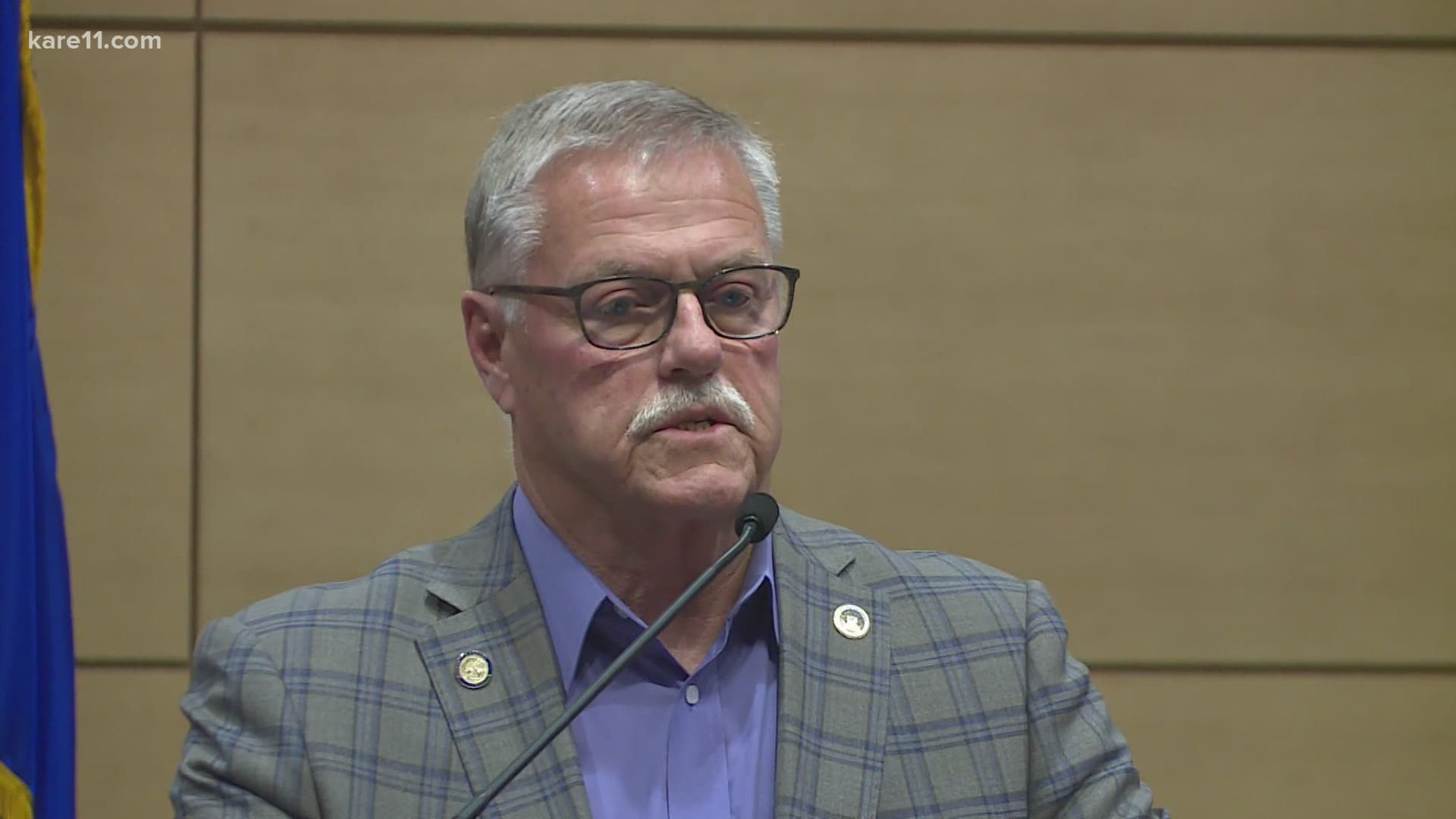 They believe US Attorney General William Barr is more suited to the task and is more likely than Minnesota officials are to come to fair and impartial findings about that embattled police agency.

To that end, Senators Scott Newman, David Senjem and Bill Ingebrigtsen sent Barr a letter requesting the DOJ conduct a "pattern or practice" investigation into the MPD.

"The Department of Human Rights, I really think they have disqualified themselves to conduct any type of investigation into the alleged wrongdoing of the police department," Sen. Newman told reporters Tuesday.

"Before they even started the investigation, they came to the conclusion that the entire department is a racist organization."

The DOJ hasn't formally responded to the request, but William Barr himself said on CBS's Face the Nation program recently that it's too early to consider a pattern-or-practice inquiry into the Minneapolis police. He said it would be better to wait to see what evidence is collected through the ongoing state and federal criminal investigations of the incident.

A week after George Floyd died while being pinned to the pavement in handcuffs by Minneapolis officers, Minnesota Human Rights Commissioner Rebecca Lucero announced she was launching an investigation into Minneapolis PD, with a civil charge of discrimination.

"I believe there is sufficient information to investigate whether the respondent utilizes systemic discriminatory patterns or practices towards people of color, specifically Black community members, on the basis of race and in the area of public services," Commissioner Lucero wrote in the formal complaint that forms the basis of the probe.

Lucero said her goal is to eventually obtain a court order forcing changes in the department's practices. The MDH released this following statement in reaction to the efforts by the trio of Republican senators:

"Minnesota has one of the strongest civil rights laws in the country. The Minnesota Department of Human Rights’ investigation has already resulted in immediate changes the Minneapolis Police Department implemented to stop ongoing irreparable harm to communities of color and Indigenous communities and that work continues."

The Senators sent their letter the week after the legislature failed to enact criminal justice reforms sparked by Floyd's death. House Democrats and Senate Republicans were still at odds on which reforms to adopt when they ran up against the Senate's self-imposed deadline for closing out the session.

The Senate passed a bill calling for a statewide policy banning chokeholds, while the House's version called for making them illegal in the state's criminal code.

Senate Republicans have said they view the tragic death of George Floyd mainly as a failure by Minneapolis, rather than the result of systemic racism or flawed procedures statewide.

"Let's find the root of the problem. Let's not throw everybody out with one or two bad apples," Sen. Ingebrigtsen told reporters.

"Are there some bad ones? Yes, but there's also things in place to deal with that."

The Senators asserted the people of Minneapolis have lost confidence in the police department due to criticism from state officials and the Minneapolis City Council's stated plans to restructure the department. They even suggested a recent spate of violence in the city is because local leaders have "abandoned the department."

Sen. Ron Latz, the ranking Democrat on the Senate Judiciary and Public Safety Committee, sharply criticized the move by his fellow senators.

"Today’s request of the Department of Justice does nothing but attempt to undermine one of our state agencies, and instead put the investigation into the hands of an administration that has not been impartial on issues of racial justice and police brutality." 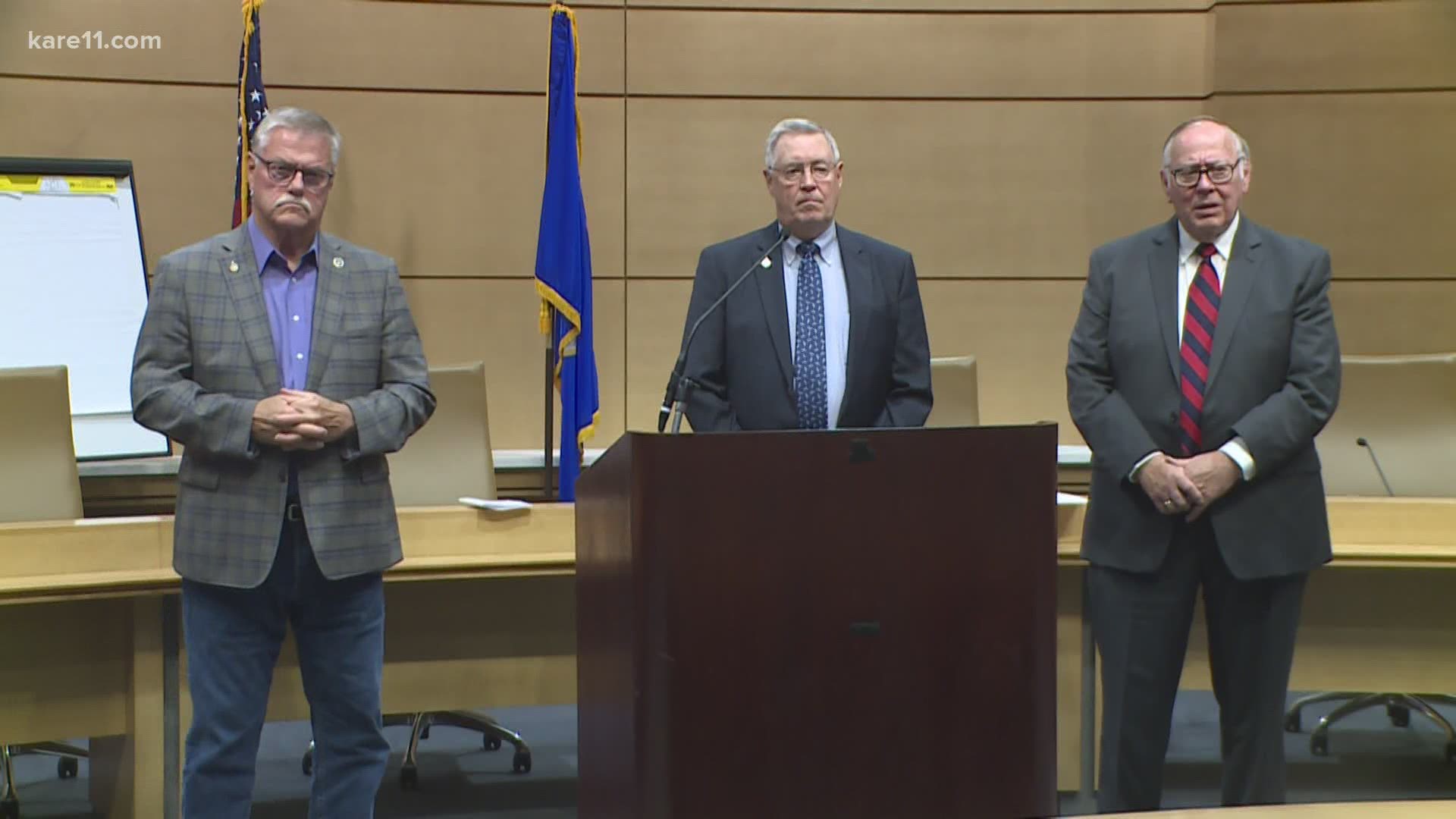