Walz: Minnesota Zoo on the brink of closure without funding from legislature

"They’re at the point where they’re going to have to move animals and close if we don’t do something on that," Gov. Tim Walz said on Tuesday. 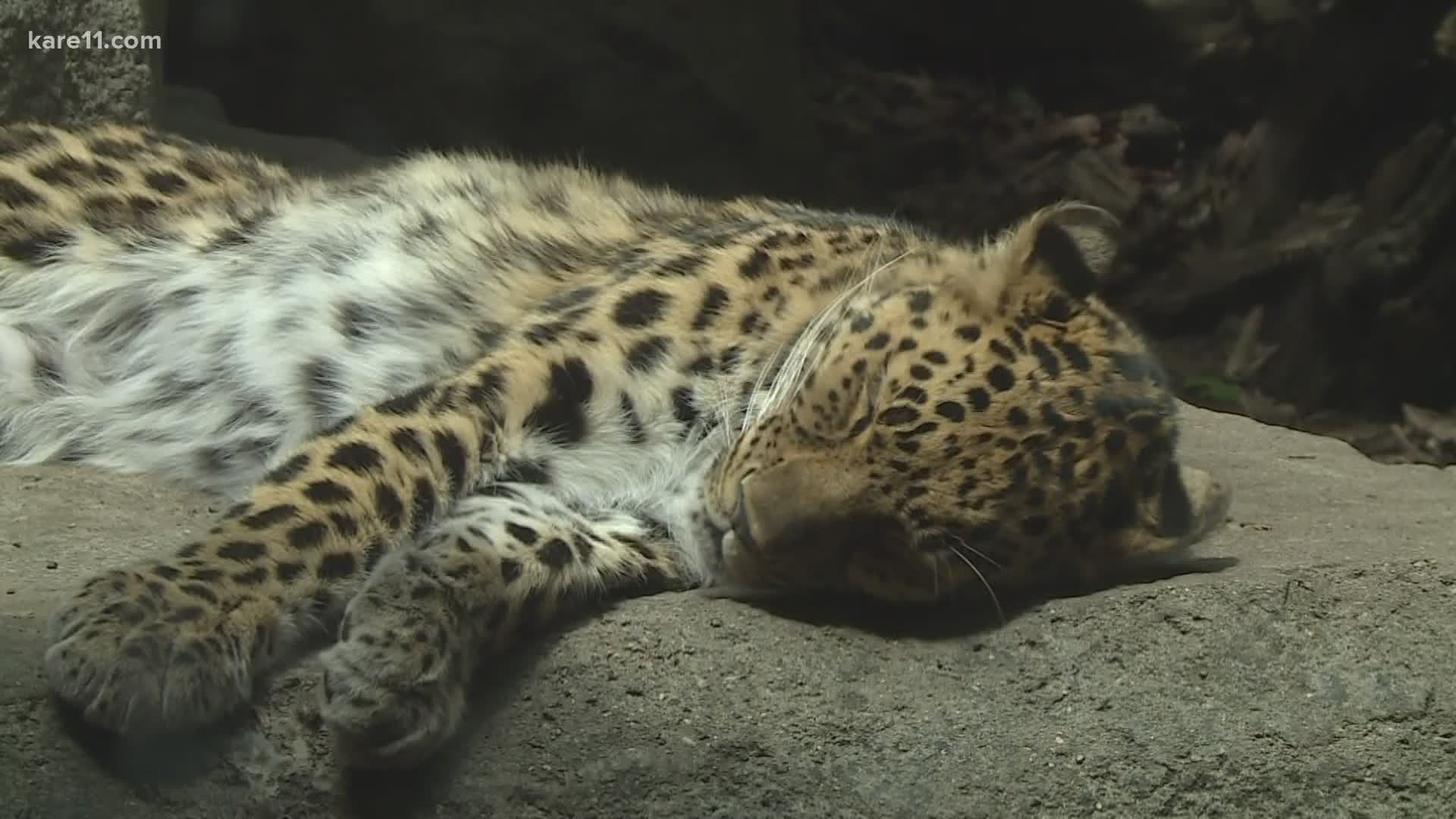 APPLE VALLEY, Minn. — Gov. Tim Walz said Tuesday that the Minnesota Zoo is on the brink of closure without help that's been requested as part of his bonding bill.

At a news conference Tuesday focused on his "Local Jobs and Projects Plan," Walz urged lawmakers to pass the bonding bill during their special session.

In a question and answer session after the main portion of the governor's program, he brought up the zoo.

"We need some help for the Minnesota Zoo," Walz said. "They’re at the point where they’re going to have to move animals and close if we don’t do something on that. I think that’s a treasure for Minnesota. I think it makes sense to keep that, and we’re going to need a little help this session."

Such funding is already under discussion in the special session. At a hearing of the House State Government Finance Division on Tuesday, the committee approved an amendment to HF 111, adding $6 million in funding support for the zoo.

"The zoo depends on two-thirds of its total budget (from) gate fees and donations," said State Rep. John Huot, who sponsored the amendment. "They totally lost that as they had to close one of the first weeks in the COVID crisis to protect their staff and the state's asset out there, the animals."

Minnesota Zoo director John Frawley told the committee the pandemic hit at one of the busiest times of the year for the zoo.

"The timing was also hard on the zoo, as that's our peak season going into the spring and into the summer," Frawley explained. "Our anticipated losses are going to be $6.3 million ... plus we've used all of our reserves and any dollars we had on our books. As of the end of June, we'll have depleted all of the resources at the zoo."

Frawley said $6 million in funding from the state would allow the zoo to reopen with social distancing.

"This is critical support for us to keep this world class zoo in a position to reopen," Frawley said.

Minnesota Zoo CFO Abigail Mosher said the cost for the zoo to remain closed is nearly as high as the cost to remain open due to the high cost of animal care.

Mosher also told the committee that, as a state agency, the zoo is not eligible for federal stimulus support, like the Paycheck Protection Program, and does not have access to lines of credit that privately-funded attractions can use.

The funding amendment for the zoo now advances to the House Ways and Means committee and requires full votes in the House and Senate.

The financial impact of the pandemic has already led to layoffs at the Minnesota Zoo. In May, the zoo announced it was eliminating 125 positions, including 48 employee layoffs and suspension of seasonal hiring.

The bonding bill proposed by Gov. Walz in January, and not yet approved by the legislature, also included a $26 million request for the Minnesota Zoo for repurposing the monorail track, revitalization for the zoo, and asset preservation.

House Minority Leader Kurt Daudt issued a statement in response to Walz's news conference Tuesday, saying, "Our priority is reducing our budget deficit and ending the governor’s emergency powers. If the governor and the other legislative leaders are willing to have a discussion on those items, we remain open to a bonding bill."

KARE 11's Kent Erdahl reached out to the Minnesota Zoo, who released this statement:

The Minnesota Zoo is grateful for the Governor’s critical recommendation for an appropriation and we appreciate the support of the legislature. We understand the need is great across the state, and the requests are many.

As a state agency, the Zoo only receives 1/3 of its operating budget from state appropriations, while 2/3 of the operating budget is derived from earned revenue and contributions. The Zoo has been closed since March 14 and a number of measures have been taken to reduce costs in areas that do not affect the health and safety of the animals. These include, among others, staff reductions, cancelling or delaying major projects and freezing hiring and spending. Unfortunately, these reductions are not enough to make the Zoo whole and thus the appropriation is critical to help sustain the Zoo.

The Zoo has actively been working on phased reopening plans. Even with those plans in place, the Zoo will not be able to sustain long-term without this critical support given the significance of the revenue loss during the closure due to COVID-19.

Our commitment to our staff, volunteers, animals and all Minnesotans will not waiver. We believe Minnesotans need the Minnesota Zoo more than ever. We are here to serve Minnesota and are grateful for the state’s support.

RELATED: Music in the Zoo summer concert series canceled for 2020 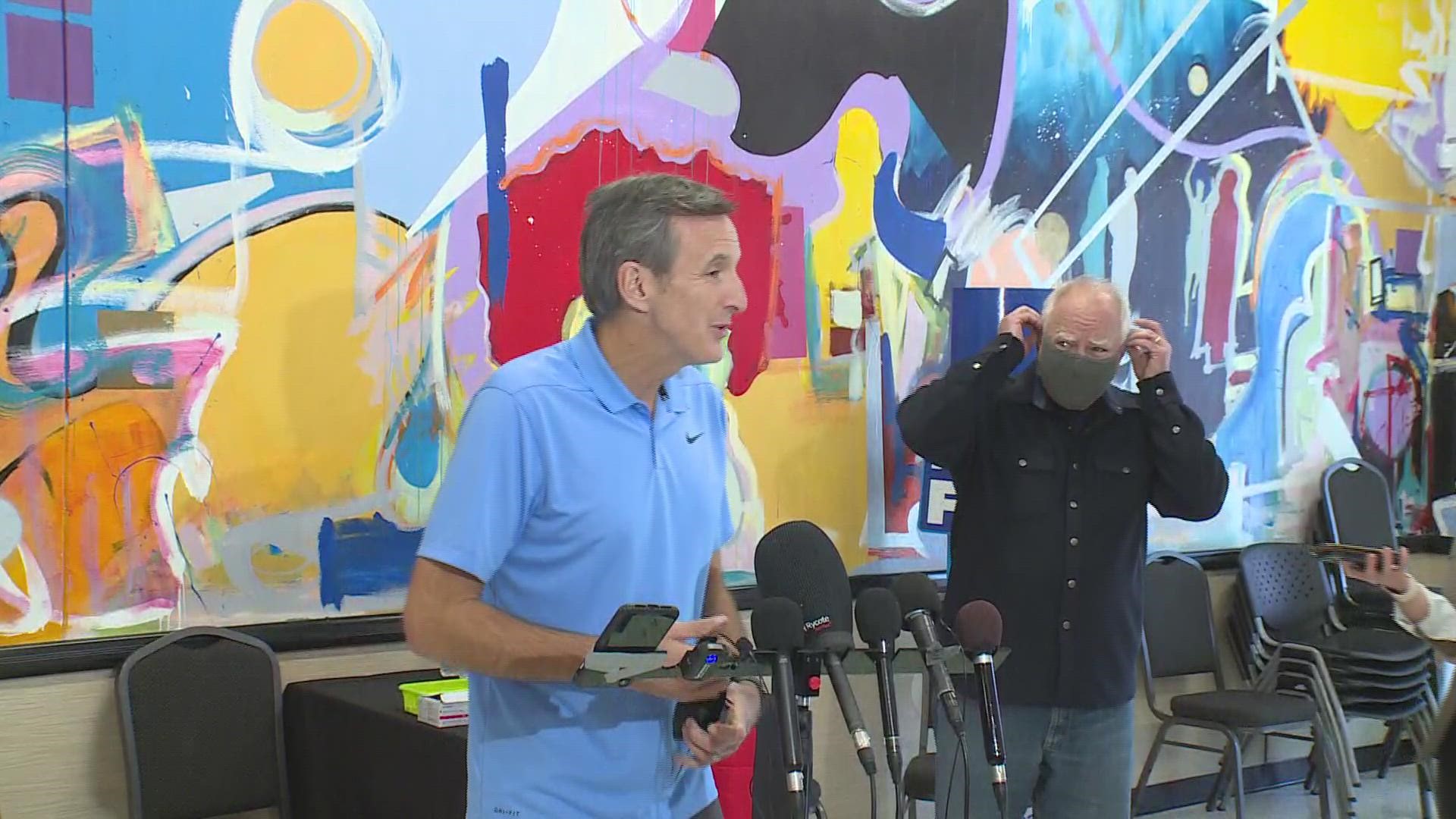