The special session is being called to address police reform and accountability, as well as a bonding bill. 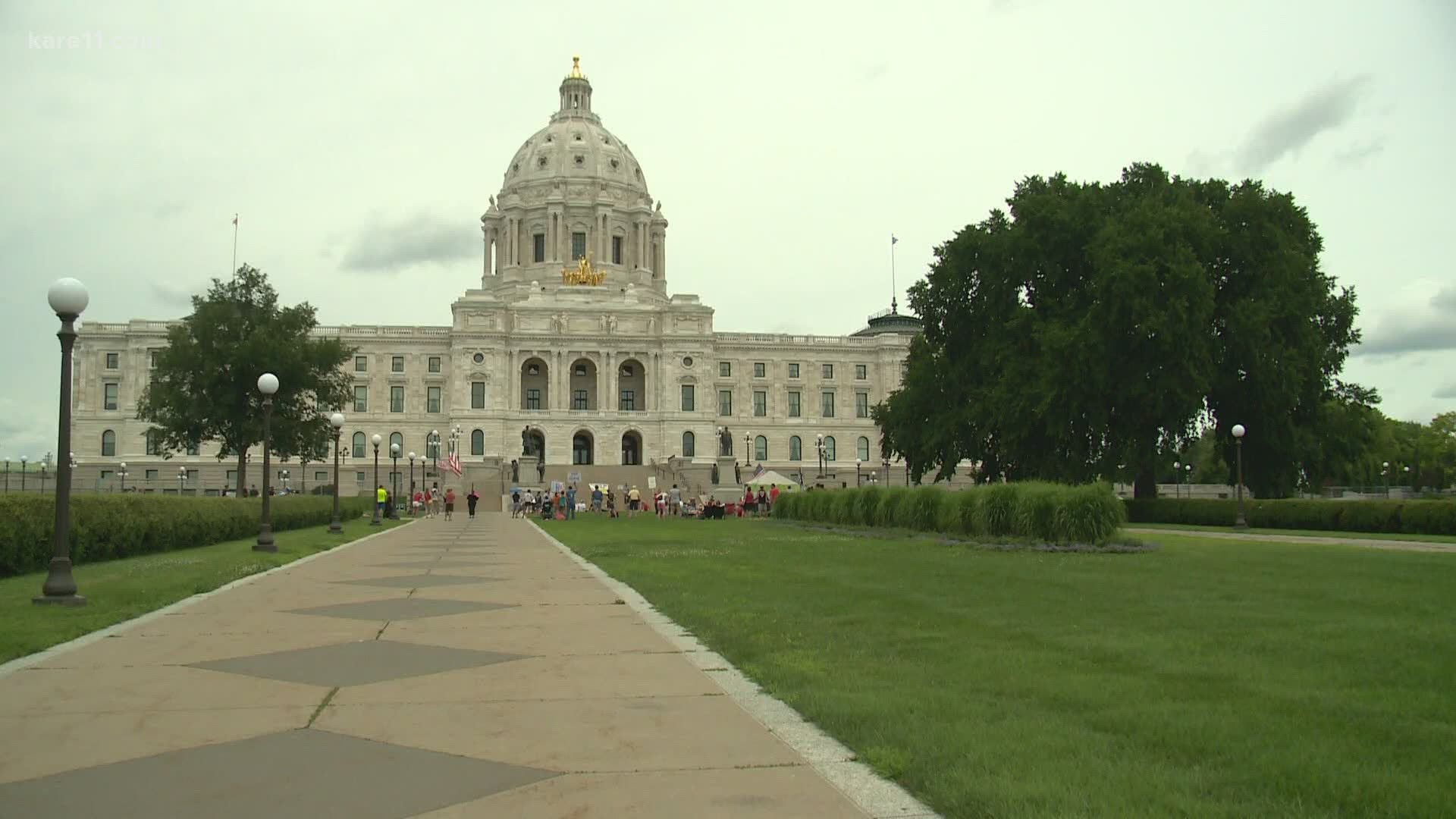 ST PAUL, Minn. — The Minnesota Legislature convenes Monday for its second special session of the year with few public signs of lawmakers and the governor being close to deals on the big issues of police accountability and public construction.

During this session, Walz will also attempt to extend his emergency peacetime order by 30 days.

“I am asking Republicans and Democrats in the Legislature to work together on the urgent matters Minnesotans expect them to tackle this summer,” said Gov. Walz in a press release issued Friday. “Our state had a trying few months, and we need the Legislature to rise to the occasion and get things done to help Minnesotans rebuild and recover. Give me a bill to sign on police accountability and reform and let’s work together to build a stronger, more equitable economy by investing in local jobs and projects across the state.”

The last special session was called a few weeks after George Floyd's death, but lawmakers on both sides failed to reach an agreement on policing. The two sides also failed to agree on a bonding bill that would allow borrowing for public construction projects.

“We are ready to work with our partners in the legislature to make meaningful change for Minnesotans,” said Lieutenant Governor Peggy Flanagan in the release. “People across the state are counting on us to come together to invest in local projects, police accountability and reform, and a stronger, more equitable economy. Let’s get it done together.”

Here's a look at the key issues in play.

The House Democratic and Senate Republican majorities appeared to be far apart late last week on a package of police accountability measures in response to the death of George Floyd at the hands of Minneapolis police on Memorial Day. Democrats are still pushing for a sweeping slate proposed by the People of Color and Indigenous Caucus. Senate Republicans were willing to pass a more limited set of changes that included a ban on the use of chokeholds and requiring officers to intervene if they see a colleague using excessive force, but rejected several other Democratic proposals.

A borrowing package to fund public construction projects across the state, known as a bonding bill, was at the top of the Legislature's agenda this year before the coronavirus crowded it out. The bill has yet to recover its lost momentum, though leaders have agreed on a cap of $1.35 billion that may include money for rebuilding parts of Minneapolis and St. Paul damaged in the unrest after Floyd's death.

Passing a bonding bill requires a three-fifths majority in each chamber. Getting that supermajority requires at least some House Republican and Senate Democratic votes. And that's where reaching deals gets really complicated.

In the House, Republican Minority Leader Kurt Daudt, of Crown, has softened on his earlier price for GOP votes: Walz giving up the emergency powers that he uses to respond to the pandemic. Daudt met with Walz staffers last week about his ideas for changing state statutes on emergency powers to give lawmakers more control, but reached no agreement.

And in the Senate, Democrats last week renewed their threat to withhold their votes unless Republicans agree to comprehensive policing accountability measures.

The governor first invoked his emergency powers during the regular session, which ended May 18. He can keep extending them in 30-day increments. But each time he does so he must summon lawmakers back so they get the chance to rescind his powers. That's why he had to call this special session. Republican efforts to void his special authority failed last month, and will as long as Democrats hold the House. Walz presumably will have to call his third special session of 2020 next month if he intends to keep those powers.

Senate Republicans are already framing policing issues for the fall campaign with hearings on the damage that ensued amid the protests over Floyd's death. Democrats, meanwhile, announced an ad campaign Friday targeting potentially vulnerable Senate Republicans over policing. Democrats need a net gain of just two seats to take control of the Senate.

House Republicans announced Friday that they'll try to push legislation during the special session to give local school districts authority to decide for themselves whether to reopen as usual this fall, use distance learning again or some hybrid of the two models. GOP Rep. Sondra Erickson, of Princeton, said they're ready to try to force a floor fight.

It wasn't clear Friday how long this special session will last. While governors have the power to call lawmakers back, each chamber decides when to adjourn.