Amid renewed threats of anti-government militia violence, Walz asks Minnesotans to reflect on the sacrifices that saved American democracy and freedom 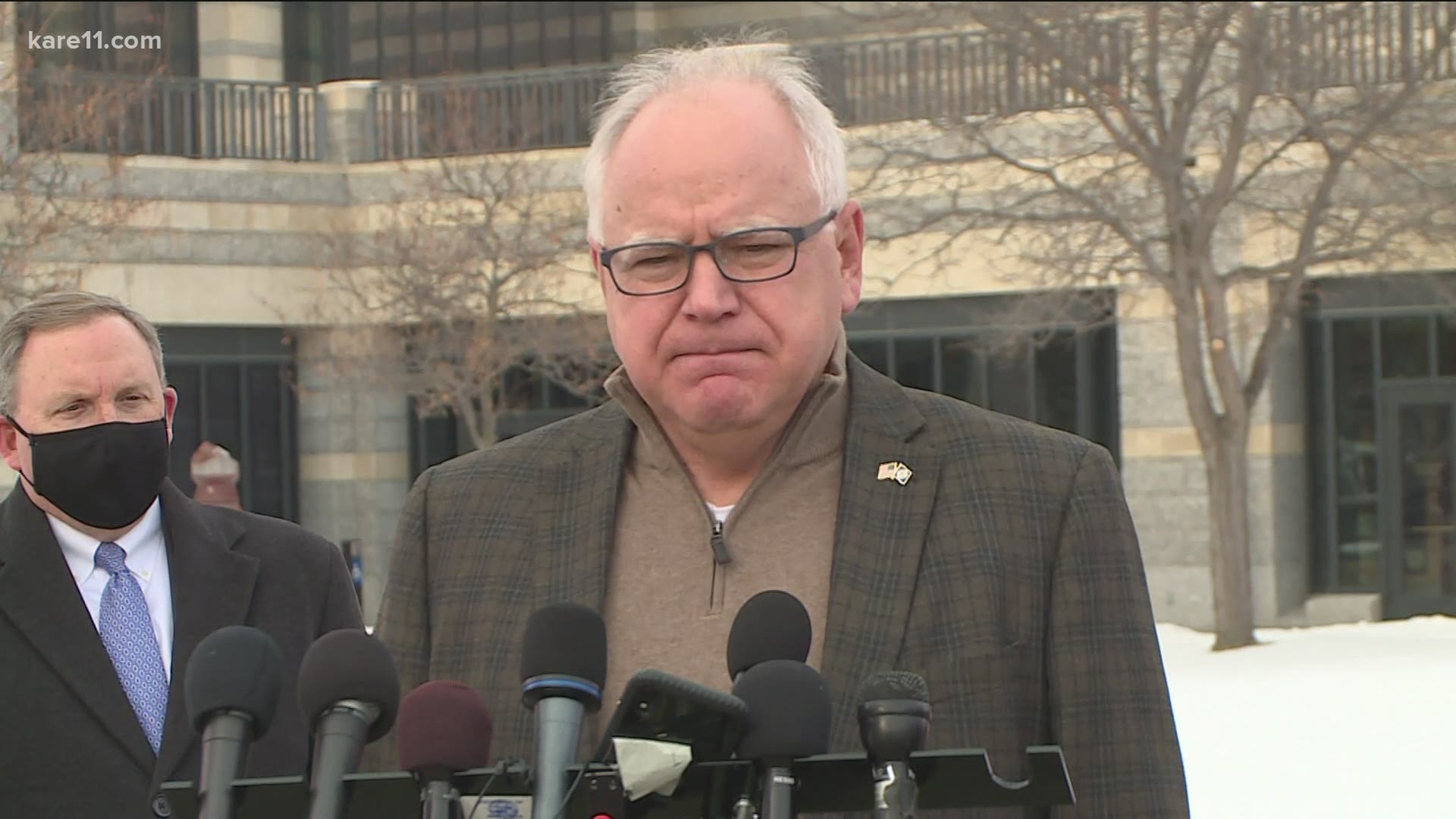 ST PAUL, Minn. — Gov. Tim Walz Tuesday made the first of three stops at historic sites, as part of an effort to remind Minnesotans of the freedoms we enjoy, and the sacrifices our ancestors and fellow citizens make to create and preserve our democracy.

It's called on people to stop and reflect on our shared history, and to remain calm instead of being caught up in the partisan rhetoric that culminated in the Jan. 6 attack on the US Capitol by armed rioters who attempted to stop the certification of the Electoral College vote.

"Minnesotans, we've got a proud history here, as a country we have that. Democracy's not a given. A lot of folks have tried it and a lot of folks have failed," Walz told reporters and a larger statewide audience watching online streams.

"I think it’s important for Minnesotans to think about it and be reflective in this time, to have civility dominate, and have peaceful conversation and debate be the heart of that."

Walz picked the Minnesota History Center in St. Paul as his first stop because that museum's collections include the story of the 1st Minnesota Infantry Regiment, the first group of Union Civil War volunteers who played a pivotal role in decisive but costly victory in the Battle of Gettysburg.

As a career social studies teacher and a Minnesota National Guard veteran, Walz said he's keenly aware of the sacrifice of the 1st Minnesota and their part in saving the United States. The History Center also has custody of a Confederate battle flag captured by Minnesota soldiers.

NEW: @GovTimWalz to call up @MNNationalGuard to protect state Capitol ahead of presidential inauguration and expected demonstrations. An FBI alert cites Minnesota among the places where threats have been detected. pic.twitter.com/S0KAtreB4f

And, while Walz called for calm and civility, he also recognized many Americans are still in shock over the insurrection in Washington.

"I don’t think you can get to that until you have an honest assessment of what happened, what’s gone on, why that was – why we saw an unprecedented assault on our democracy instigated by the president."

It happened as work continued along several fronts to enhance security at the State Capitol, the Governor's Residence and other likely targets of armed pro-Trump militias that are refusing to accept the result of the 2020 presidential election.

The FBI informed leaders across the nation of credible threats of attacks on all 50 state capitols as well as the US Capitol between now and Inauguration Day Jan. 20.

Walz said a special emergency hotline is being set up for state lawmakers to call because pro-Trump protesters are have started demonstrating outside the homes of DFL state lawmakers, demanding that they end the governor's emergency powers.

"I think you can anticipate you will see people peacefully assemble and protest," Walz explained.

"I would make the case you’ve got a pretty weak argument if you need to bring a gun to do it. But that’s some of what it sounds like will happen."

Another Minnesota National Guard contingent will be deployed to the US Capitol as part of a massive effort to keep former Vice President Joe Biden's inauguration safe.