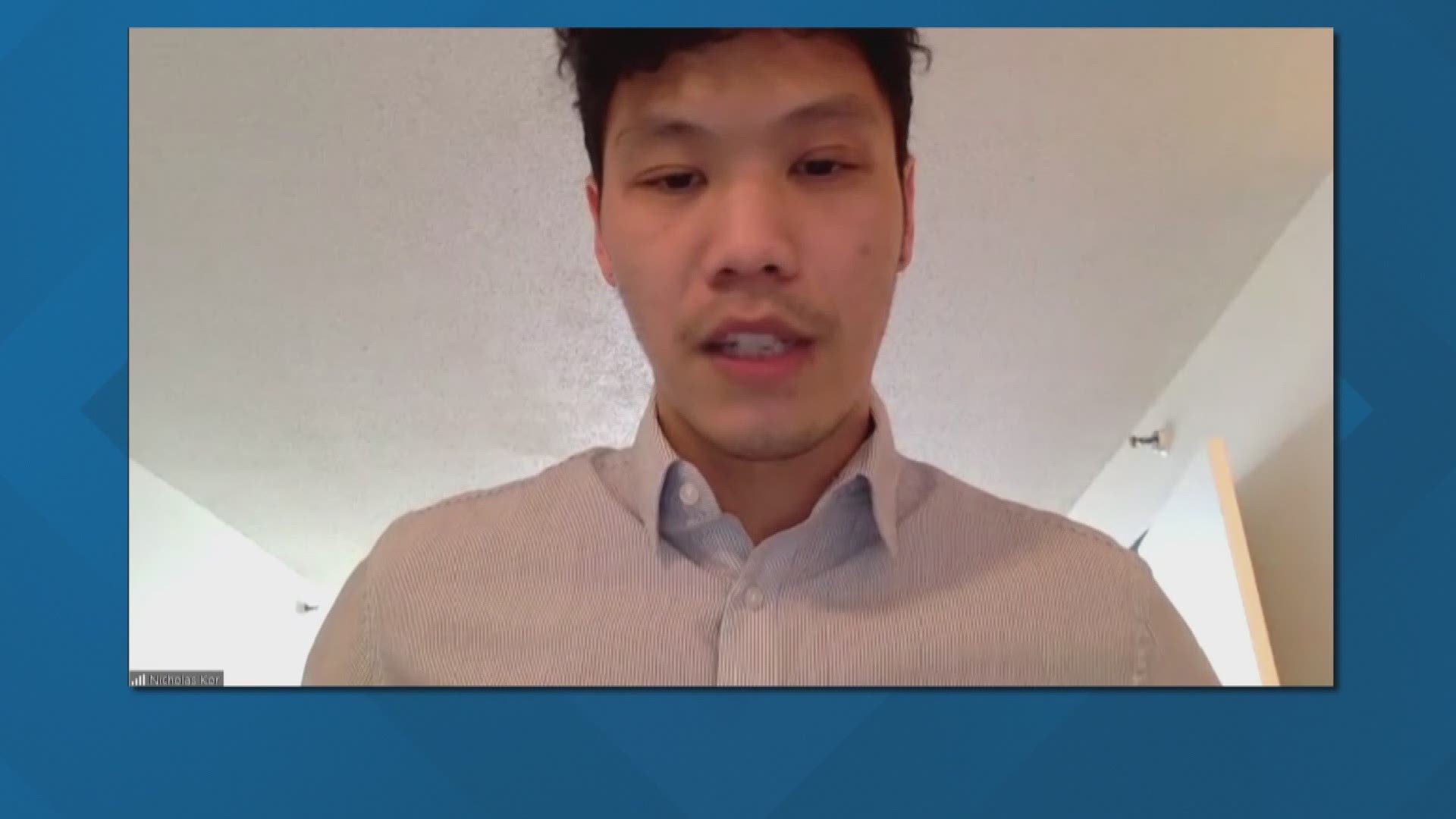 ST PAUL, Minn. — Minnesota Democrats are pressing ahead with a bill that would close some loopholes in the state's bias crime laws and make it easier for victims to report those crimes.

The House Public Safety Committee Tuesday passed a DFL bill that would update the police hate crimes manual for the first time in 30 years, and require more training in bias crimes enforcement for police.

The bill would also pay for grants to community groups to help them collect reports of hate crimes from victims who may be weary to speak directly to police.

"People are already starting to come to us rather than the police or other government entities," Nick Kor of the Coalition of Asian American Leaders told legislators during Monday's hearing.

The chief author of the House hate crimes bill, DFL Rep. Frank Hornstein, said hate crimes of all kinds are on the rise as white supremacists have become more bold. But those attacks by and large either go unreported or aren't recorded in crime statistics as bias crimes.

Hornstein's bill would also make it clear that racist graffiti and hate-inspired vandalism is recorded as a hate crime from law enforcement. Currently those incidents aren't classified as hate crimes because they're considered attacks on property instead of on persons.

The shooting sprees at spas near Atlanta, which claimed the lives of eight people including six Asian women, has brought the issue into sharp focus. But even before that persons of Asian descent in this nation were on high alert because there's been a spike in violence and threats against Asian Americans since the COVID pandemic began.

Rep. Samantha Vang of Brooklyn Center, who is not related, told reporters in a press conference Tuesday.

"At a time of a global crisis we Asian Americans are going through a crisis of our own that can no longer be ignored," she said.

"For those quick to say the Atlanta shooting was not a racially-motivated attack, nothing is more racist than to blame a group of people for your problem and then dehumanize them into sexual objects."

She said former President Trump's continued use of the term "China virus" played a role in inciting anti-Asian sentiment, leading to hundreds of incidents across the country of Asians - especially Asian elders - being targeted for physical and verbal abuse.

Only last week, Tsong Tong Vang, a Hmong American veteran of the US's secret war in Laos against communists, was threatened by a woman in a vehicle as he stood at a bus stop near Lake Phalen in St. Paul with other parents.

"I remember exactly what she said to me is, 'We hate Asian people. Go back to where you come from. Ok. Get out from America. If you don't do it, then we're going to kill you," Vang, who is the father of KARE 11 Sunrise anchor Gia Vang, told KARE.

The bill passed the Public Safety Committee and is headed next to the House Judiciary Committee.  The companion bill in the GOP-controlled Minnesota Senate hasn't received a hearing yet.

Gov. Tim Walz Tuesday urged Republican Senate leaders to pull the hate crimes bill off the shelf and give it serious consideration.

"To me it's stunning that they would not hold hearings in the Minnesota Senate to debate this bill, that simply does the obvious, makes it a crime to discriminate against a neighbor for any reason."

All of the Republicans on the House Public Safety Committee voted against the bill, mainly because it expands to categories of hate crime victims to include those who are targeted for their sexual orientation and gender identity.

"I have concerns with the definitions that are being expanded here, and among them that causes me concern are gender identity, gender expression and expansion in this area," GOP Rep. Eric Lucero of Dayton told his colleagues.

He went onto say Transgender persons are "confused" and "denying science" about biological gender assignment. Lucero said he worried police officers could be unfairly accused of a hate crime for failing to recognize a transgender person's "confusion" about their gender.

Rep. Hornstein said that's where updating police training protocols would be useful after his bill becomes law. Hornstein and other Democrats rebuffed an effort by Lucero and Republicans to remove the orientation and gender language from the bill.

Rep. Brian Johnson of Cambridge also said he opposes the sexual orientation language and wasn't happy to hear other witnesses bring up the Atlanta shootings in their testimony.

"In Atlanta it turned out the only crime of bias was against pornography. The shooter actually said had a problem with pornography," Rep. Johnson said, referring to investigators saying the Atlanta gunman was motivated by self-disgust over a sex addiction.

Rep. Matt Grossell, who is a retired law enforcement officer from Clearbrook, said he opposed the bill too because it doesn't cover hatred of police, including the maltreatment of police by protesters.