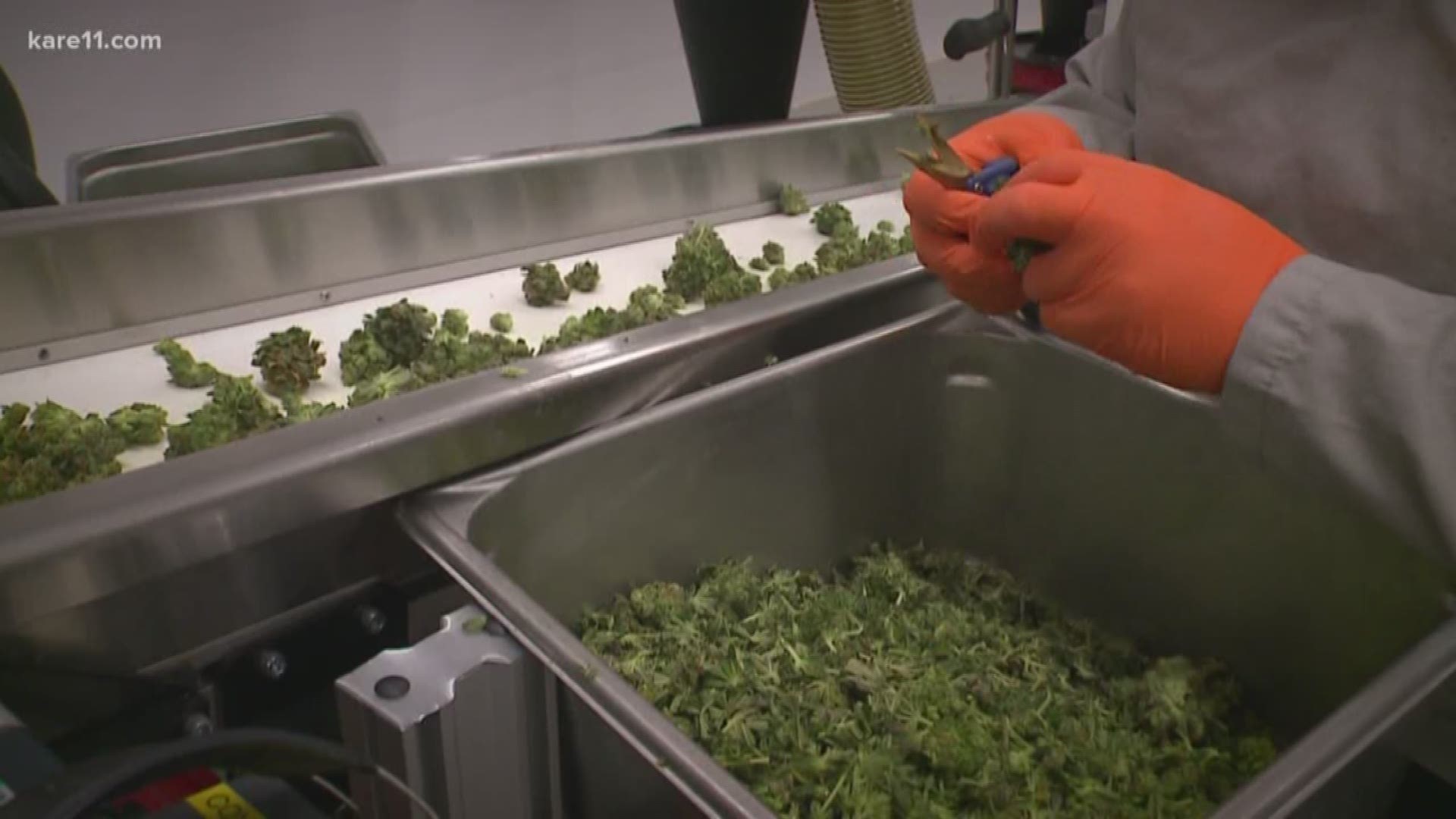 FALCON HEIGHTS, Minn. — For some lawmakers it's no longer a matter of if Minnesota legalizes recreational pot, only a matter of when it happens and how that set of new laws will look.

House Minority Leader Ryan Winkler picked the State Fair to announce a series of 15 "cannabis conversations" around the state, an effort to gather public input to help write a new bill for the 2020 session.

"It’s happening in other states, more and more all the time, and the more cannabis becomes legal in other states the harder it is to stop it from coming into Minnesota," Rep. Winkler, a Golden Valley Democrat, told KARE.

"Since this world is changing, public sentiment is changing, it’s time to figure out what we need to do in order to get it right for Minnesota."

At the State Fair event Winkler distributed small blue cowbells which included the slogan, "Be Heard on Cannabis." The bills also included his email address -- rep.ryan.winkler@house.mn.

"It’s about the opportunity to weigh in on a public survey, participate in community conversations around the state," Winkler said. "We’re going to have 15 meetings that we are launching in total before next legislative session."

The first public meeting is in Duluth Sept. 21, followed by one in Minneapolis Sept. 25. There's more information at the Be Heard on Cannabis web page hosted by the House at https://www.house.mn/cannabis/.

Winkler said Minnesota has the opportunity to learn from the mistakes other states have made with how the industry is regulated, including setting tax levels.

"There is a significant black market, obviously, today for marijuana. We want to make sure we are transitioning that into a safe, legal and regulated marketplace," Winkler explained.

"And we want to make sure we’re not creating burdens that are so high people are not able to meet them."

Decker noted that persons of color in Minnesota are seven times more likely to be arrested on marijuana-related charges, and it can have serious repercussions for them when it comes to employment, housing, child custody and other aspects of their lives after the arrest.

Many states have recognized the historic racial disparities in arrests and convictions for marijuana and paraphernalia possession, by adding criminal record expungement to their recreational pot bills.

The Be Heard on Cannabis kickoff event at the State Fair drew people from several groups that support legalization, as well as some opponents.

Miranda Gohn of Litchfield said she has always identified as a moderate Democrat but believes there are too many negative unintended consequences of legalization.

"To me this betrays everything I feel a Democrat to be -- we’re supposed to be helping people," Gohn said.  "But the way I look at it we’re legalizing and enabling drug use."

She was observing Winkler's press conference on behalf of the opposition group Smart Approaches to Marijuana. She asserted that legal marijuana products are much more potent than what has traditionally been available on the street.

"To me I see an addiction-for-profit business model, which is also a poverty industry. When you talk about social justice, that doesn’t really work, that seems to conflict with that."

Winkler said there's a lot of pressure right now to reject large out-of-state corporations and to stick with a craft industry model when Minnesota legalizes the drug.