An infrastructure bonding bill two years in the making cleared a major hurdle Wednesday night when it passed the Minnesota House with broad bipartisan support. 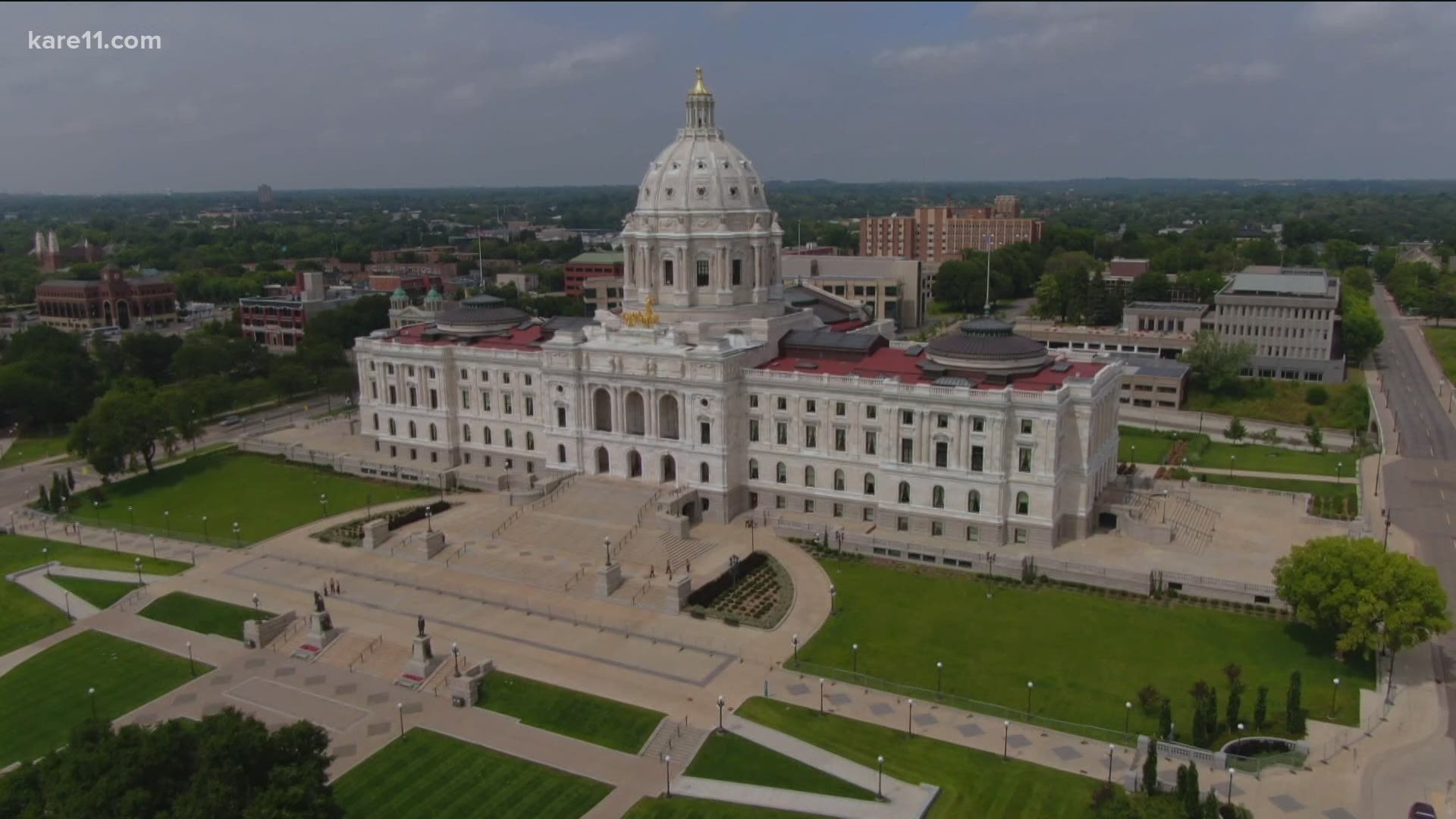 ST PAUL, Minn. — The Minnesota House late Wednesday broke through a political stalemate that had lasted through most of the year, passing a $1.9 billion public works construction bonding bill during a special session.

All 75 DFL members voted for the measure, but they needed at least six Republicans to join them in order to reach the 81-vote supermajority required for bonding bills. In the end, 25 Republicans crossed over to support the jobs package, rendering a final tally of 100 to 34.

The measure will deliver money to scores of infrastructure projects across the state, if it's approved Thursday by the Minnesota Senate. The chief author, Rep. Mary Murphy of Hermantown, said the bill reflects the best in Minnesotans.

"This bill connects Minnesota. This bill is full of Minnesota values," Rep. Murphy, who chairs the Capital Investments Committee, told her colleagues.

The lengthy list of projects found in House File 1 include building repairs and construction in state-owned facilities as well as projects that local communities across Minnesota couldn't afford without help from the state.

"The most important reason to pass this bill is the jobs the bonding portion of this bill creates," House Speaker Melissa Hortman told reporters.

"But every portion of this bill is essential for recovery in COVID-19."

The projects range from raising a flood-prone section of Highway 93 near Henderson to renovations the Institute of Child Development at the U of M.

Minnesota House passes $1.8 billion public works construction bonding bill by a comfortable 100 to 34 margin. Democrats needed at least 6 GOP lawmakers to join them. They got that many and a lot more. #mnleg pic.twitter.com/NmAaro3R5V

The major infrastructure spending categories include:

The package also includes very timely tax relief for farmers and business owners, by bringing the state's tax code into conformity with the federal tax laws relating to writing off the cost of new farm implements and business equipment.

The legislation passed Wednesday also includes a supplemental spending bill that will, among other things, help keep the state correctional centers open at Togo and Willow River. Both of those boot camp programs have been slated to be shut down permanently due to the state's budget crisis.

It was the culmination of hundreds of hours of work by staff and lawmakers from both parties on the Capital Investments Committee since January, which followed tours of many of the project sites across the state in 2019.

Republicans opposed to the bill said the timing was wrong, with the state facing a projected $2.4 billion deficit in the current two-year fiscal cycle and a $4 billion projected shortfall in the 2021-2023 biennium.

Lawmakers spent the first five hours of the debate hashing through proposed amendments, including one that would've made the bonding bill revenue neutral -- matching the current-year costs of the bill with cuts in other parts of the budget.

"Well, guess what folks? That money is not going to be there!"

None of those amendments ended up in the final bill. The final roll call came 10 hours after the debate began.