How long should the governor have emergency powers?

For more than a half-century, Minnesota governors have had the authority of peacetime emergency, but top political leaders are split on the use of these powers. 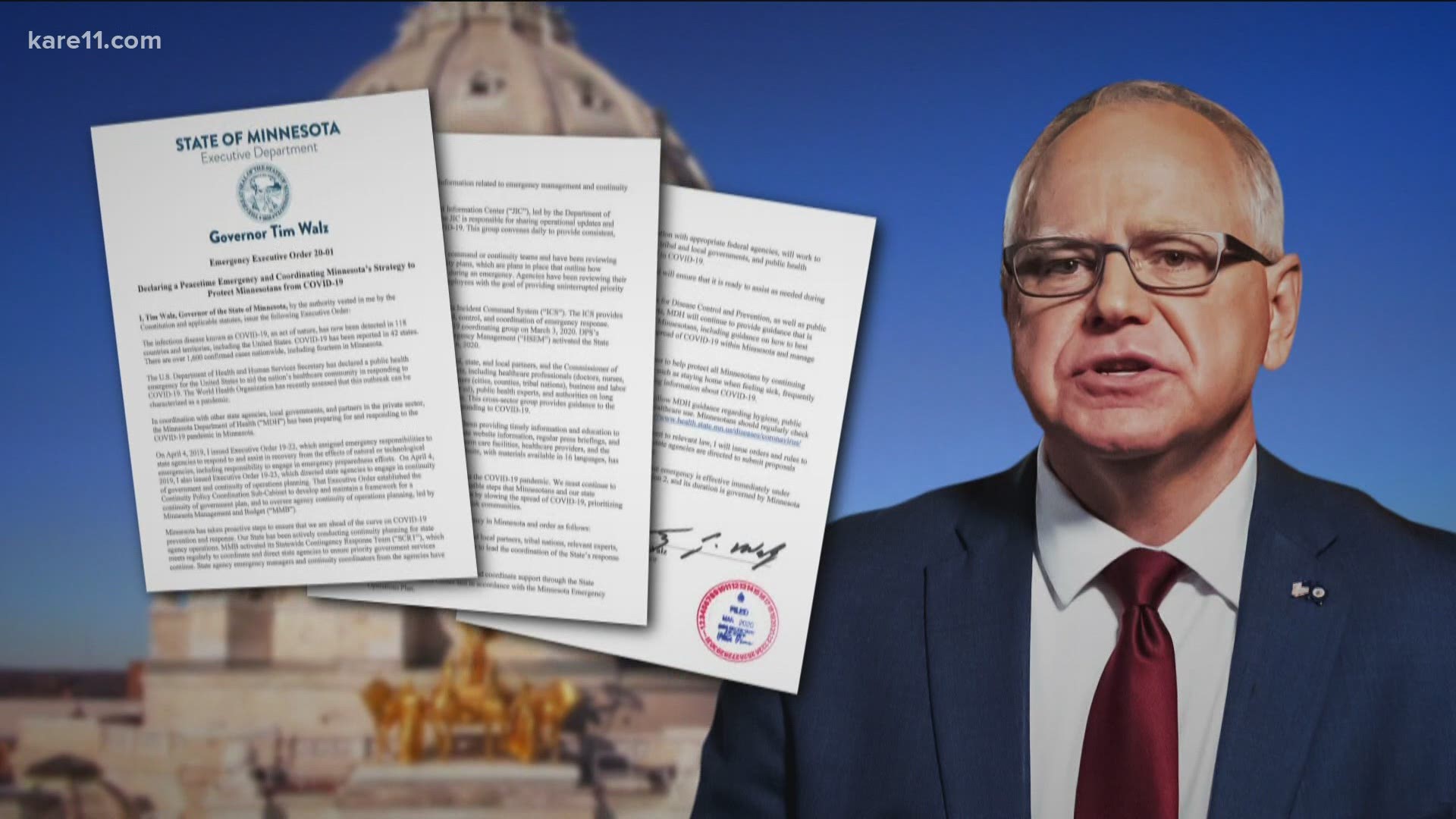 In that time, the governor, via the power of the state constitution, has issued 104 executive orders affecting everything from schools to restaurants to churches and every other facet of everyday life.

The question: In a democratic republic, are a governor's emergency powers warranted and for how long should this authority exist?

In the video above, we spoke with Minnesota House Speaker Melissa Hortman and Minnesota Senate Majority Leader Paul Gazelka about this controversial issue.