Imprisoned for life as a teen, Myon Burrell finds his voice

It’s unclear if all the attention will result in a fresh look at what led to the conviction. 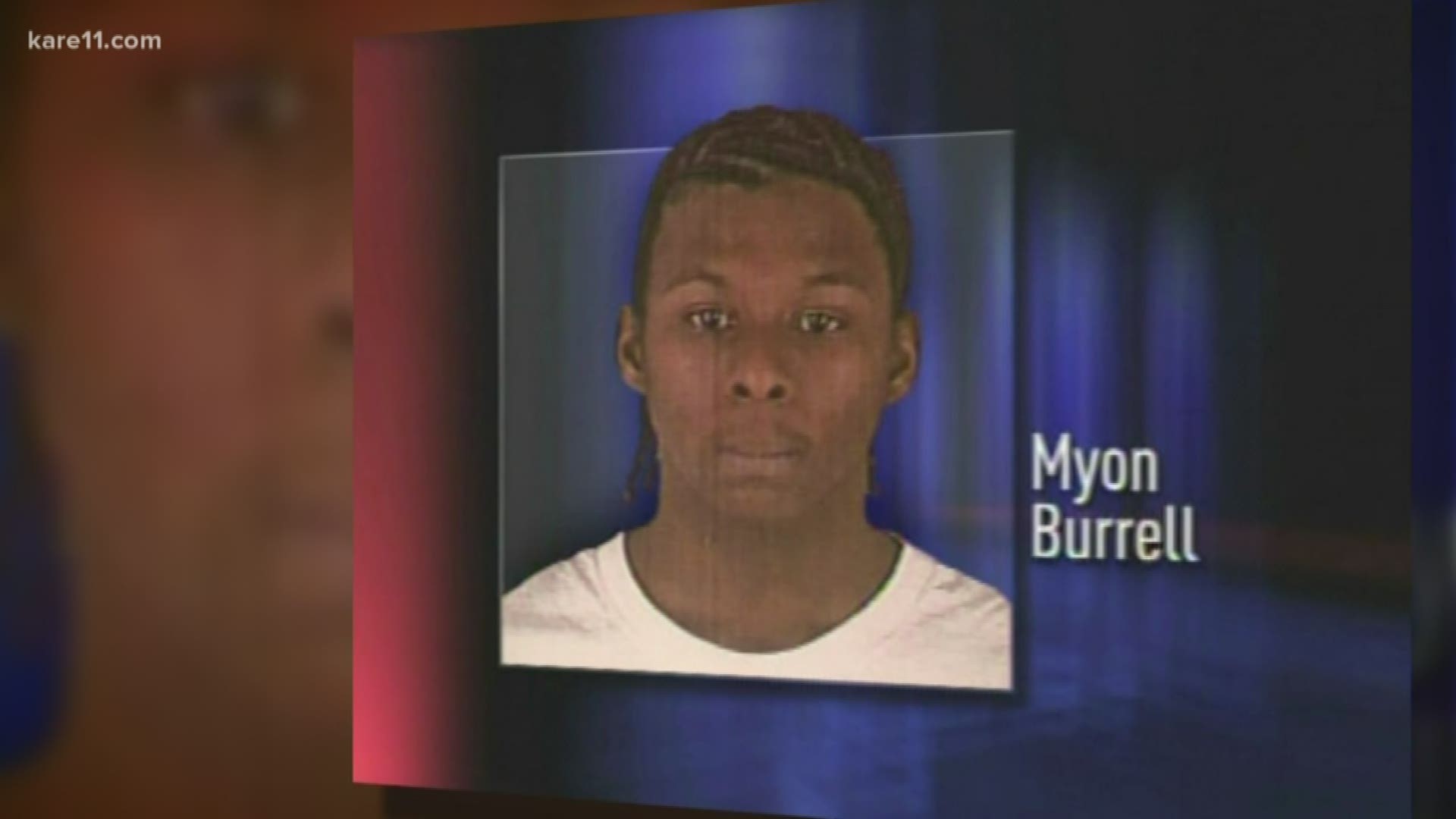 BAYPORT, Minn. — During his free time, Myon Burrell sits at a desk in his small, tidy prison cell. He sifts through police records, court transcripts and witness statements, taking breaks and pacing the floor while trying to digest the inconsistencies that landed him here 17 years ago.

When frustrated or angry, he lies on his cot and covers his face, waiting to regain his composure so he can dig back in. All he can do is hope and pray.

He was convicted and sentenced to life for killing an 11-year old girl, Tyesha Edwards, who was sitting at her dining room table doing her homework when she was struck by a stray bullet. U.S. Sen. Amy Klobuchar, the then-district attorney, trumpeted her prosecution of Burrell as part of her tough-on-crime stance as a top Minneapolis prosecutor. But a yearlong Associated Press investigation discovered major flaws and inconsistencies in the case, raising questions as to whether Burrell, who was 16 at the time, may have been wrongly convicted.

The allegation that she may have helped imprison a black teenager on faulty evidence and questionable witnesses has dogged Klobuchar, who suspended her presidential campaign Monday.

RELATED: How to vote in Minnesota on Super Tuesday

Following immense criticism from the black community, Klobuchar has called for a review of Burrell’s case. But her successor at the county attorney’s office, Mike Freeman, has doubled down, releasing a statement expressing confidence in its handling. His office, along with the Minneapolis Police Department, have declined multiple requests for comment from the AP.

“We believe the right man was convicted in this heinous crime,” Freeman said in a video statement posted to YouTube last month. "However, as we have said before, if new evidence is submitted to us, we will gladly review it."

It’s unclear if all the attention will result in a fresh look at what led to the conviction. There was no DNA, fingerprints or gun linking Burrell to the crime. The case also involved jailhouse snitches, some of whom have since recanted, the word of a teen rival who gave conflicting accounts about the shooter and police offering informants money for names.

What matters to Burrell, who has never spent a day of his adult life outside prison, is that his side of the story is finally being heard. Even so, he said in a prison interview, he remains deeply distrustful of a system he believes has failed him from the start.

Now almost 34, Burrell is one of 1,600 inmates at Minnesota Correctional Facility - Stillwater, just outside Minneapolis. Men in the facility live in cells stacked on top of one another, five tiers high. It’s a place that forced him to grow up fast.

“Being a kid, being in such a dark place, it was like, ‘How am I even going to cope with being here for even a year. I’ve never even really been away from home,’” he said. “You lock a kid up and say, ‘This is your cell, this where you're going to die at, get comfortable,' especially for a crime that you didn't commit, it’s a real hopeless feeling.”

He said in the earliest days of lockup, he looked at the guards and prison administrators, expecting there would be some interaction, a chance to talk.

“But it’s not like that,” he said. “Now you have an officer, he’s like, ‘I’m in a position of authority. You’re an inmate. You’re pretty much a number. Whatever I say goes.’”

Every second of the day was accounted for. He was shuttled through the halls with other inmates like cattle to his job mopping floors or to the prison yard for some fresh air. Soon he stopped expecting anything. He quit fighting and became a “dead man walking.”

Confident that convenience store surveillance tapes and alibi witnesses could clear him, Burrell held out hope that police and prosecutors would realize their mistakes and he would be set free. But no one ever followed up.

Even after Burrell was found guilty by a jury the first time, his lawyer told him not to worry, an appeal was being filed and he’d be out within months.

His conviction was overturned by the Minnesota state Supreme Court, in part, due to questionable tactics used by police and prosecutors. But instead of being released, Klobuchar’s office decided to recharge him.

For the second trial, Burrell opted to waive his rights to a jury and was instead tried before a judge, who again convicted him.

As time passed, he leaned on other juvenile lifers he met in prison for support.

The tight-knit group is a family of sorts, he and others say, kids who have grown up together behind bars, helping each other pull through the darkest times. For Burrell, that includes when his mother died in a car accident shortly after he was locked up, sending him spiraling into his darkest moment. Klobuchar denied his request to attend the funeral, saying he was a threat to society.

“A lot of these guys in here, you know, I know them better now than I know my whole family because we've been together our whole lives,” Burrell said. “You see a person go from being a kid to an adult, it’s like they become family.”

Like real relatives, they have their differences. Some may not always even like one another, “but you know them,” he said, “you know their struggles, you know their ups and downs. Like family, they are yours.”

Burrell gets updates from his family on the outside about all the attention his case is now getting — newspaper articles and video clips sent in 30-second segments through the prison email.

Word has spread, too, to other juvenile lifers, who cheer him along.

“It’s almost like if that light is shining on me, it shined for them as well,” he said, adding for some it might just be a feeling of “well, this system is so crooked, but at least something is being done right now.”

And for the first time in years, Burrell isn’t just inmate No. 211839. People now see him, and they are finally listening. There is a measure of hope.

“I don't know how it's going to happen,” he said. “But I do believe that, you know, these doors are going to open up and, God willing, it’s going to be sooner than later.”