The combination of the pandemic and bolstered law enforcement presence makes this moment unprecedented. 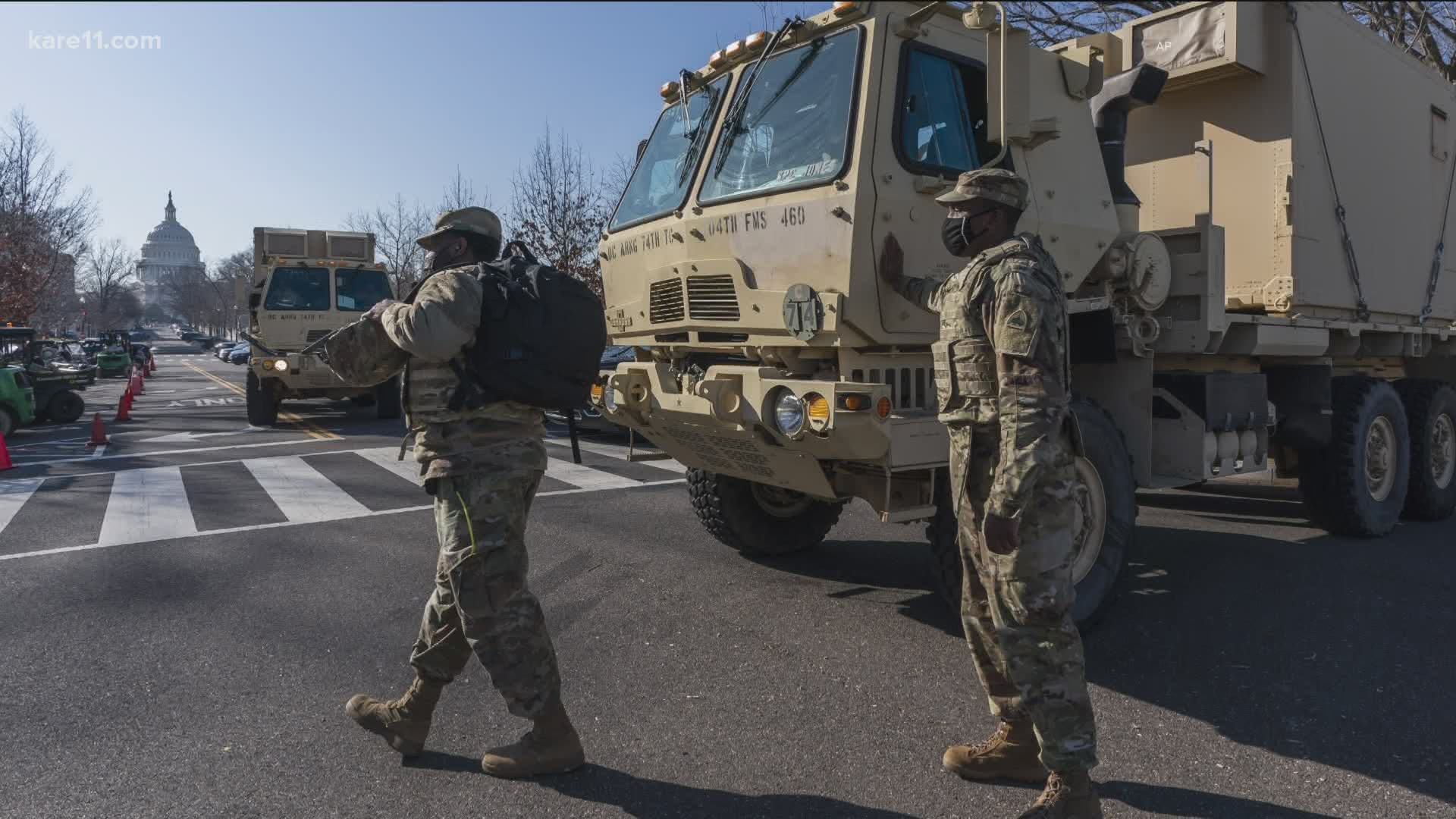 MINNEAPOLIS — Next week, President-elect Joe Biden will take the oath of office during a pandemic, with his predecessor absent, and with as many as 20,000 National Guard troops guarding the capitol complex.

Jim Bendat, one of the nation’s top inaugural historians, has never seen or read anything like it.

Bendat can recall only three previous times in American history when the former president did not attend his successor’s inaugural address: 1801, 1825, and 1869, meaning it hasn’t happened in about a century and a half. On top of that, the pandemic will restrict access, and last week’s riot has prompted a surge of law enforcement and military protection. Altogether, it creates unprecedented conditions for an inauguration, in the eyes of many experts.

From a security standpoint, however, Bendat is quick to point out 9/11 has already led to drastic changes over the past two decades.

“The last four inaugurations at least, we’ve had huge amounts of security, just to get through the various barriers to get on to the National Mall to witness an inauguration. It has been staggering the last few inaugurations,” Bendat said. “This year, it’s going to be similar, but what’s going to be different this year, is it’s possible the number of troops might even outnumber the amount of people that attend.”

Bill Convery, the research director at the Minnesota Historical Society, said the images of National Guard troops sleeping in the capitol most closely remind him of the American Civil War, when the complex housed injured Union soldiers.

“They built a bakery in the capitol, there was a hospital for soldiers, the battlefields were right outside of Washington, D.C,” Convery said. “It kind of feels like that again.”

Federal law enforcement agencies continue to monitor threats, and the FBI has warned about potential unrest at all 50 state capitols this weekend.

That includes Minnesota, where St. Paul Police say they’re increasing their presence in the city.

The question for historians becomes:

What will people say about this in 50 or 75 years, when they look back on this time period?

“It’s always dangerous for historians to predict the future,” Convery said. “I hope that we’ll say, ‘this was a moment when our democracy was tested – and we passed with flying colors.’”