Inauguration ceremonies aren't required, but they've come to symbolize the strength of American democracy and the peaceful transitions in a stable republic. 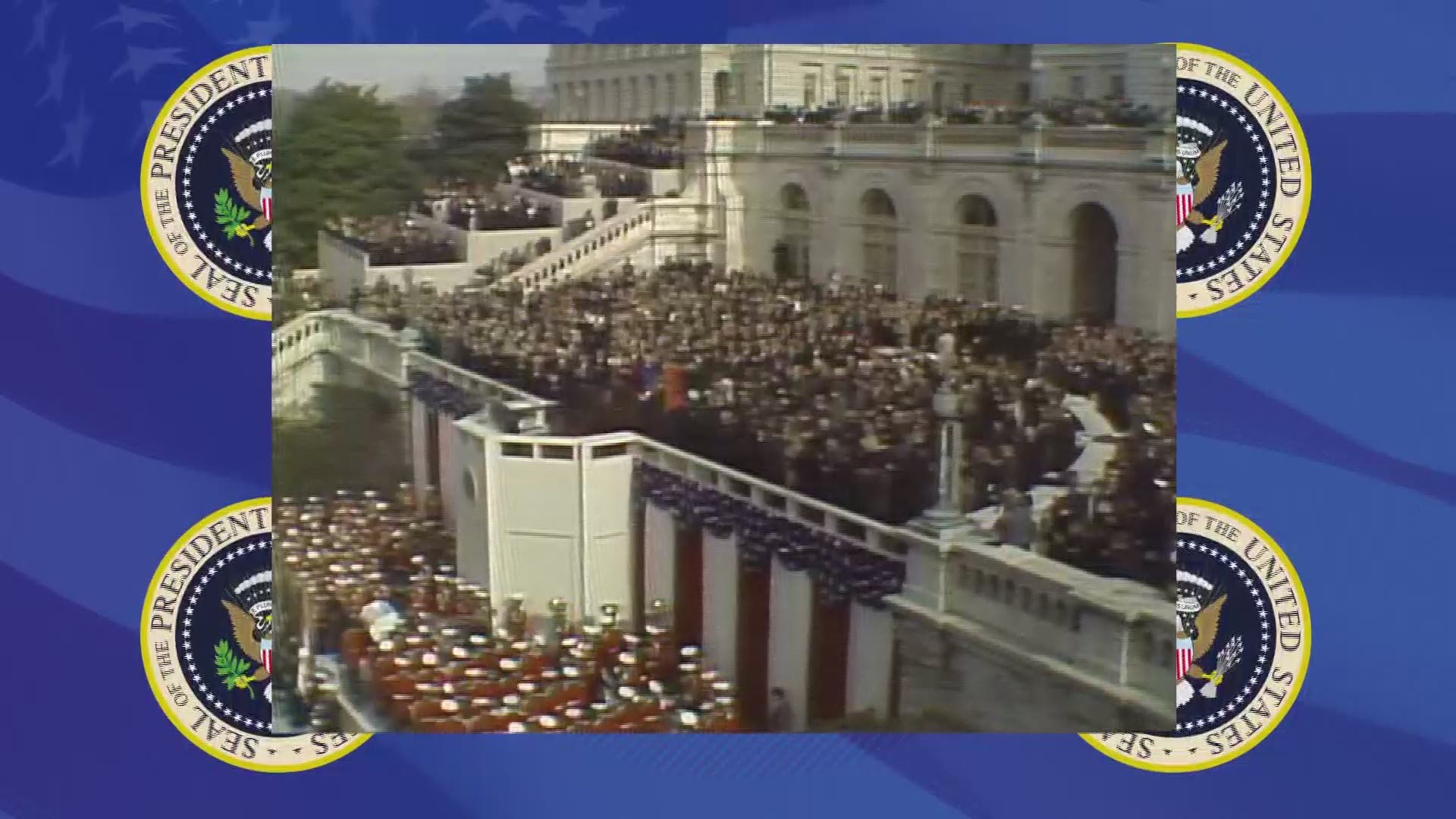 MINNEAPOLIS — You've heard by now that former Vice President Joe Biden's inauguration ceremony will be scaled back quite a bit due to COVID-19 restrictions and ongoing security threats against the US Capitol.

Roughly 1,000 people will attend in person, in contrast to the 200,000 tickets normally sold for the event. Most of the ancillary events, such as the parade and inaugural ball, have been converted to virtual productions online.

But it's still an important tradition to continue, even in its toned down form. Inaugurations give the newly minted chief executives a chance to set the tone for the administration and lay out a set of goals and promises.

Even more important, the inaugural festivities are an opportunity to send a message to the rest of the world that the United States is a place of peaceful transitions, that our form of democracy is still working to hold this republic together.

As the late former President Ronald Reagan said in his inauguration speech in 1981, what seems like a mundane ritual here far more significant to the rest of the globe.

"In the eyes of many of the world, this every four-year ceremony we view as normal is nothing less than a miracle."

That's while you'll see traditionally see former presidents from both major parties, and other key political players from the past and present at these events.

Four years ago.. the carefully choreographed send-off for the departing president and first lady pic.twitter.com/haZTUlRmcC

Inauguration Day is normally marked by a carefully choreographed send-off for the departing president and first lady. In fact, in 2017 cameras were rolling as the Obamas had the Trumps over for tea, and the nation watched live coverage of the Trumps bidding the Obamas farewell before they board a helicopter to leave.

We won't see a photo op like that in 2021. President Trump announced he won't attend the Biden-Harris inauguration, and will take part in his own formal farewell ceremony at Andrews Air Force base before the inaugural festivities begin.

Former Vice President Biden has said he's fine with Trump's decision, which came after the incumbent spent weeks attempting to overturn the results of the election through the courts. The tension between Trump and Biden grew sharper on Jan. 6 when hundreds of Trump's supporters left a rally with the president and then stormed the US Capitol in an effort to stop the Electoral College Certification.

Five persons died, including a Capitol Police Officer, and the normally routine Electoral College certification occurred later that night, albeit with a core group of Trump allies in Congress voting against it.

Trump won't be the first president to skip his successor's big day.

As the story goes the Union war hero Grant wouldn't share a carriage ride with Johnson, who had been impeached by the House. So Johnson just opted to stay away from the whole thing.

The wording of the presidential oath of office is written into the U.S. Constitution, so it can’t be customized the way wedding vows often are.

It’s fairly short, but it has been garbled a few times over time, most famously in 2009 when Chief Justice John Roberts accidentally moved the word “faithfully” to end of the first sentence when he read the oath to Barack Obama. That switch in the order of the phrase caused a brief, halted exchange between the two.

The ending phrase, “So help me God” is not part of the law, but is a custom that dates back at least to Abraham Lincoln’s second inauguration in 1865. Some accounts say even George Washington adlibbed the line, which was already part of the oath for other federal officials.

Thomas Jefferson, the nation’s third president, was the first one to be inaugurated in Washington D.C.  That town’s namesake, George Washington, was sworn in at Federal Hall in New York in 1789 before an audience composed mostly of senators.

His next inauguration, in 1793, was in Congress Hall in Philadelphia. The same goes for John Adams’ inauguration in 1797.

Franklin Delano Roosevelt was the first president to be sworn in in January, at his second inauguration in 1937. Prior to that the constitution dictated a March 4 inauguration.

Franklin Roosevelt delivered his classic line, "We have nothing to fear, but fear itself," at his first inauguration in 1933, as the nation was in the grip of the Great Depression.

Lincoln’s second inaugural address, as the Civil War was winding down, set a healing tone.  He said, "With malice toward none; with charity for all, with firmness in the right as God gives us to see the right, let us strive on to finish the work we are in, to bind up the nation’s wounds, to care for him who shall have borne the battle and for his widow and his orphan, to do all which may achieve and cherish a just and lasting peace among ourselves and with all nations."

The shortest inaugural speech ever was George Washington’s second, coming in at just 135 words.  The longest was by William Henry Harrison, with 8,445 words – a missive that took one hour and 45 minutes to deliver.

Hail to the Chief

The song, “Hail to the Chief,” dates back to a musical from 1812, but the first time it was played at an inauguration was in1837 for Martin Van Buren's ceremony. The original lyrics wax poetic about a great tree by a lake. But they were eventually changed to reflect the office of the president.

For instance, the line, “Yours is the aim to make this grand country grander,” rhymes with the line, “Hail to the one we selected as commander.”

Inaugural parades are another tradition that dates back to 1805, Jefferson's second inauguration.  Eisenhower's 1957 parade, at the height of the Cold War arms race, featured missiles and fighter jets.

In 1977 Jimmy and Rosalynn Carter initiated the tradition of walking down Pennsylvania Avenue, to be among the people. It’s one that has stuck, although some first couples have opted to ride part of the way and walk part the route, which is what President and First Lady Trump did Friday.

One memorable parade moment was in 1989 when Barbara Bush suddenly broke ranks, so she could run over and give venerable NBC weather man Willard Scott a big kiss on the cheek.

Scott, who was doing live parade coverage at the time, was genuinely surprised and thanked her.

The postgame celebration has morphed into a huge event, with presidents expected to appear at multiple inaugural balls.  It’s always a media spectacle, when people who make a living with their minds and words have their dance moves thrust in to the spotlight.

F.D.R., who used a wheelchair to get around due to the effects of polio, held inaugural concerts instead of balls. At times the balls were skipped during wartime inaugurations.

The presidential dance tradition didn't really get back on its feet until after World War Two.

In 1993 Bill Clinton couldn't resist the temptation to join Clarence Clemons on stage with his saxophone, to wail out the most historic rendition of song “Night Train.”