Iran missile strike: how did we get here?

Relations between the U.S. and Iran have been contentions for decades, but things really escalated in 2019. 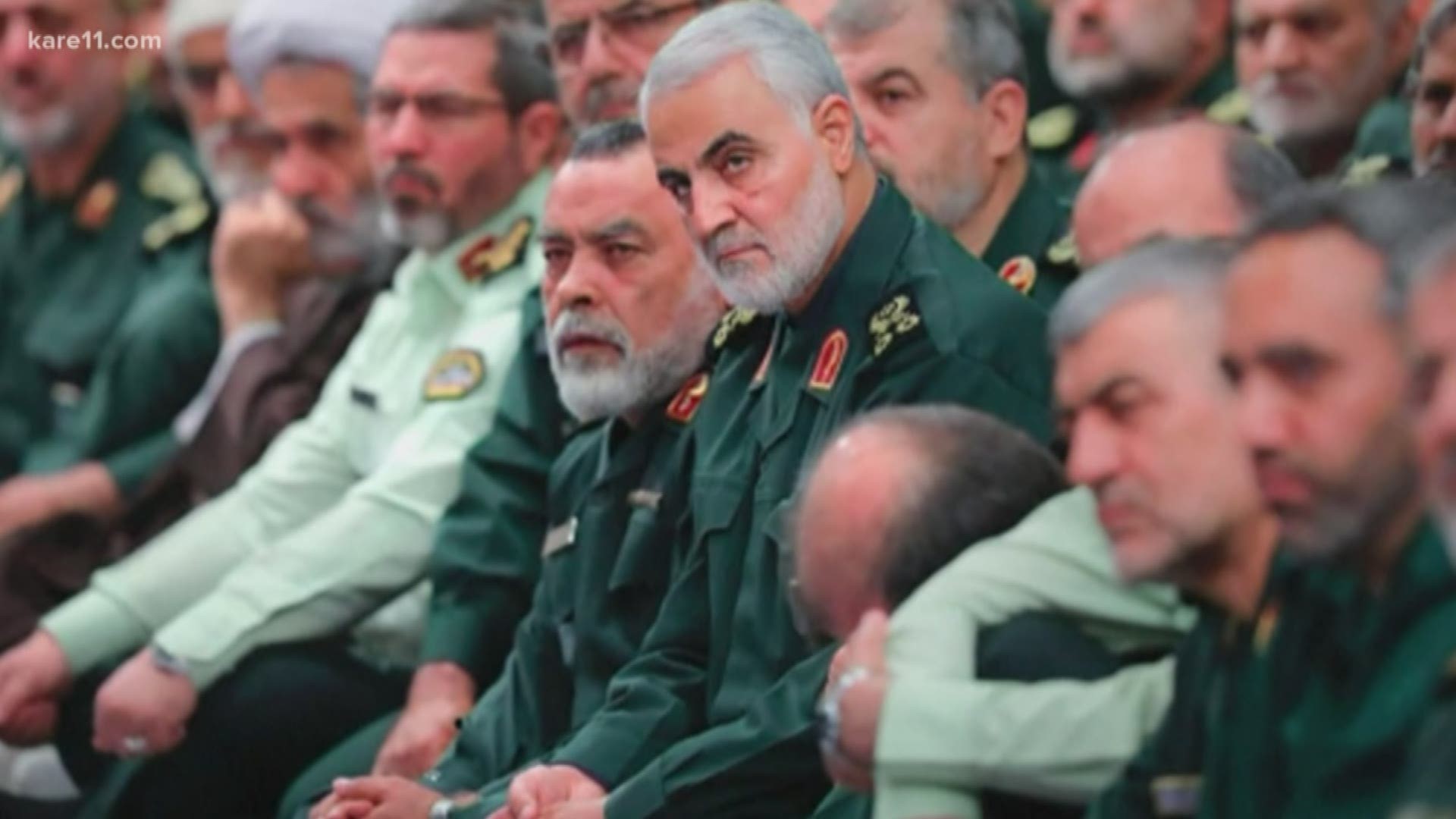 Tensions continue to rise between the U.S. and Iran, after reports of last night's air strikes on two bases in Iraq where U.S. troops are housed.

But what led up to this moment?

Both countries have been at odds for a long time. When President Trump took office, he and Iran's Supreme Leader Ayatollah Ali Khamenei have sparred over oil sanctions and a nuclear deal. But things started to escalate in June 2019.

On June 13, two oil tankers were attacked in the Gulf of Oman. U.S. officials blamed Iran. Then, a week later, Iran shot down a U.S. drone because it said the U.S. violated its airspace. And on June 24, President Trump announced new sanctions on Iran, including on its Supreme Leader.

RELATED: Iranians say their 'bones breaking' under US sanctions

Things seems to have cooled down between the two leaders for a bit, with both sides debating publicly and privately.

Tuesday, a massive crowd gathered for Soleimani's funeral. A stampede broke out and more than 50 people were killed, and at least 200 more were injured, according to Iranian news reports.

RELATED: Stampede kills 56 at funeral for Iranian general slain by US

Then, last night, Iran launched missiles at two bases in Iraq where U.S. troops are stationed.

President Trump tweeted that he will be making a statement Wednesday morning.