Thompson takes stand in his own defense

Rep. John Thompson told jurors he didn’t resist arrest when he was taken into custody at North Memorial Hospital in 2019. 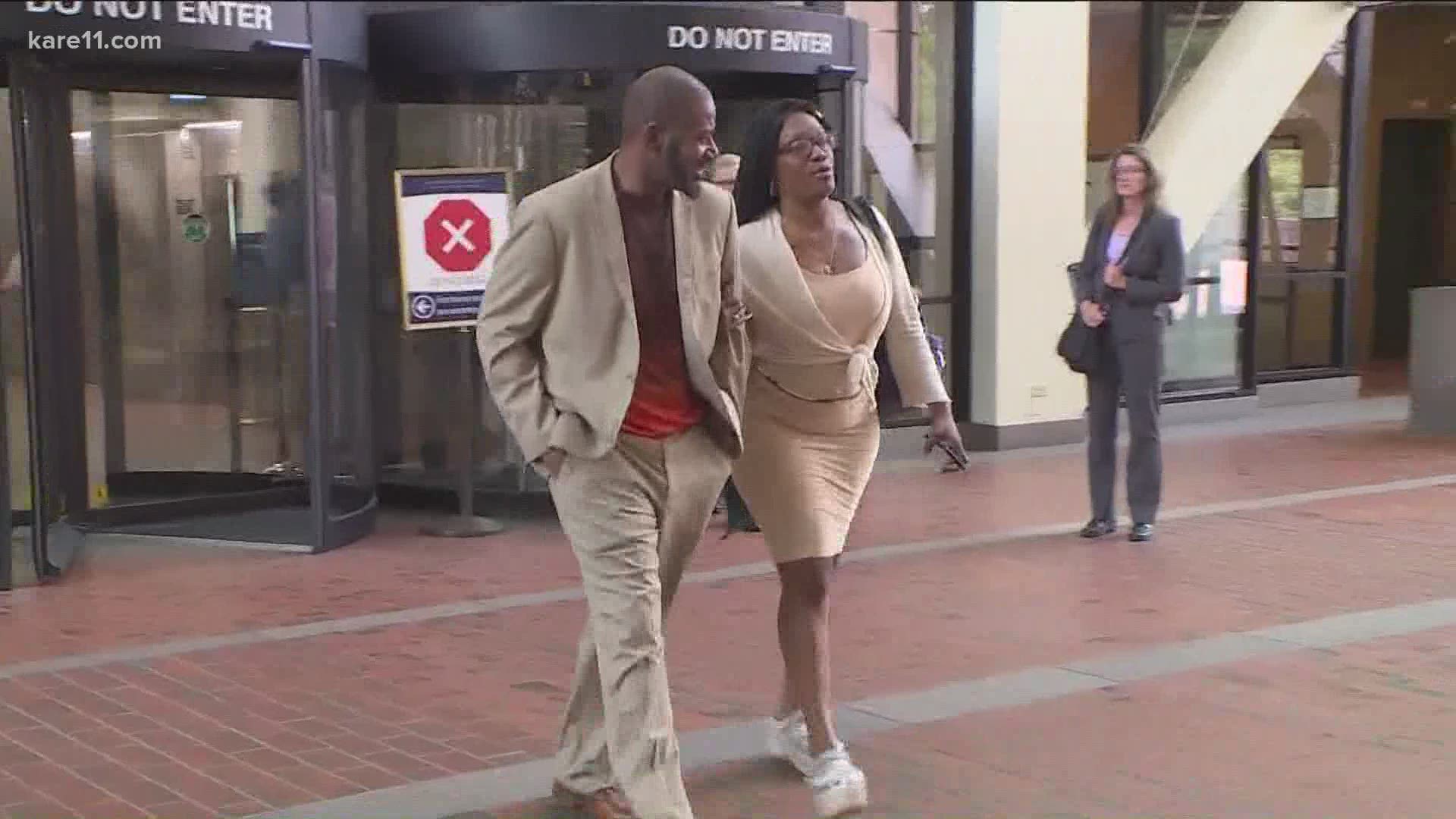 Thompson told jurors he never intentionally tried to resist when a Robbinsdale police sergeant started to place handcuffs on him after the two argued during an incident that unfolded Nov. 21, 2019 at North Memorial Hospital.

Prosecutors say Thompson refused to leave the hospital when Sgt. John Woodhall told him he was trespassing.  Thompson is also accused of keeping his foot inside a security door as another Robbinsdale officer was attempting to close the door. Thompson denied that as well, saying he only stepped into the doorway momentarily because he was talking to hospital staff and an officer.

Thompson and other family members were there that day because a close family friend had tried to kill himself in Faribault and they received word he was bring taken by ambulance to North Memorial. Thompson and others because upset when they were denied access to the emergency room waiting area, and he began verbally sparring with hospital employees and officers called to the scene.

Sgt. Woodhall testified Monday that it normally takes 15 seconds to place handcuffs on a person being detained, but it took 50 seconds with Thompson because he tensed up his arms and started pulling away.  Thompson said at the time that Woodhall and the other officers who assisted with the arrest were hurting his arm, which was still sore from rotator cuff surgery the year before.

In court on Tuesday, Thompson testified that he wasn’t trying to pull his arms away but was merely reacting to the sudden arrest and the pain in his arm. A radiological exam taken a few months later showed a new tear at his shoulder surgery site.

When he arrived at the hospital, it was in a soft lockdown because two women were fighting in the lobby. After Thompson confronted Officer Nichole Saba, the hospital staff decided to enact a hard lockdown.

Thompson told them at the time that the were overreacting to the fact that a lot of Black persons had arrived at the hospital. He became further annoyed when he heard the Robbinsdale officers calling for help from surrounding law enforcement agencies to assist with crowd control.

Thompson has been caught in the whirlwind of negative press coverage for the past two weeks. After he accused St. Paul Police of racially profiling him during a July 4 traffic stop, the police revealed that Thompson only has a valid Wisconsin driver’s license which was renewed after he was elected to represent District 67A in the legislature.

Over the weekend, top DFL legislative leaders and Gov. Tim Walz called on Thompson to resign after a Twin Cities news station found several police reports of alleged domestic abuse by Thompson between 2003 and 2010. Thompson hasn’t resigned. His current wife, who is the apparent victim in some of the reports, says she was never abused.

Republicans are calling on Democrats to bring ethics complaints against Thompson, which may be problematic because he has never been convicted of domestic violence in connection with any of the police reports that were uncovered.

In court Tuesday, he told the jury, “This is the African American experience is how I felt. This is our lived experience. We are treated with inhumanity and insensitivity. This was a situation that called for humanity and sensitivity.”

He said he believed that hospital staff were demonstrating “white fragility” because they told him they felt their lives were in jeopardy from the large group of family and friends who had gathered to check on the attempted suicide victim. Thompson said he was further offended because during the lockdown, his wife Lea asked to use the restroom and one of the officers told her, “Go to bathroom outside. Go pee in the snow if you have to.”

As Thompson put it in court Tuesday, “If we had not been persons of color the officer would’ve never told her to go pee in the snow.”

If convicted, Thompson would face a maximum sentence of 90 days in jail and a $1,000 fine. A jury of five women and one man is hearing the case, and was expected to begin deliberations later Tuesday.

During cross-examination, Robbinsdale City Prosecutor Derek Archambault asked Thompson about his work as a civil rights activist.  He asked Thompson if he had used angry words as part of his advocacy, in appearances at protests and rallies.

Archambault asked Thompson, “Do you believe you acted with humanity and insensitivity toward the hospital staff that day?”

Thompson said he believed he did but pointed out he and his family were on the receiving end of the insensitivity and inhumane treatment.

The prosecutor also tried to cast doubt on Thompson’s pain in his arms by showing a clip of video earlier in the incident with both arms raised in the air. Archambault said that Thompson argued with the officer while he was being placed in handcuffs and only mentioned the pain 20 seconds into the arrest.

Archambault Tuesday asked Thompson if he came to the hospital to protest, or create a demonstration, rather than see about the young man who had shot himself in the head. Thompson denied that.  He said he only began loudly complaining to staff and officers after he saw that the hospital wasn’t letting them into the emergency room waiting area.

On Monday, Thompson’s defense lawyer Jordan Kushner played body camera footage of a conversation between Thompson and Sgt. Woodhall that occurred after the two got to the Robbinsdale police station.

The prosecution played the same clip Tuesday, in which Thompson appears to admit he was glad he was arrested.

“You wanted that to happen?” Sgt. Woodhall is heard asking.

“My job is to plant the seeds. I promise you something I said resonated with you today. As a man I apologize for calling you racist,” Thompson said.

Woodhall responded, “I apologize for calling you an idiot.”