A witness signature rule for mail-in ballots won't be enforced for Minnesota's Aug. 11 primary, due to COVID-19 concerns. 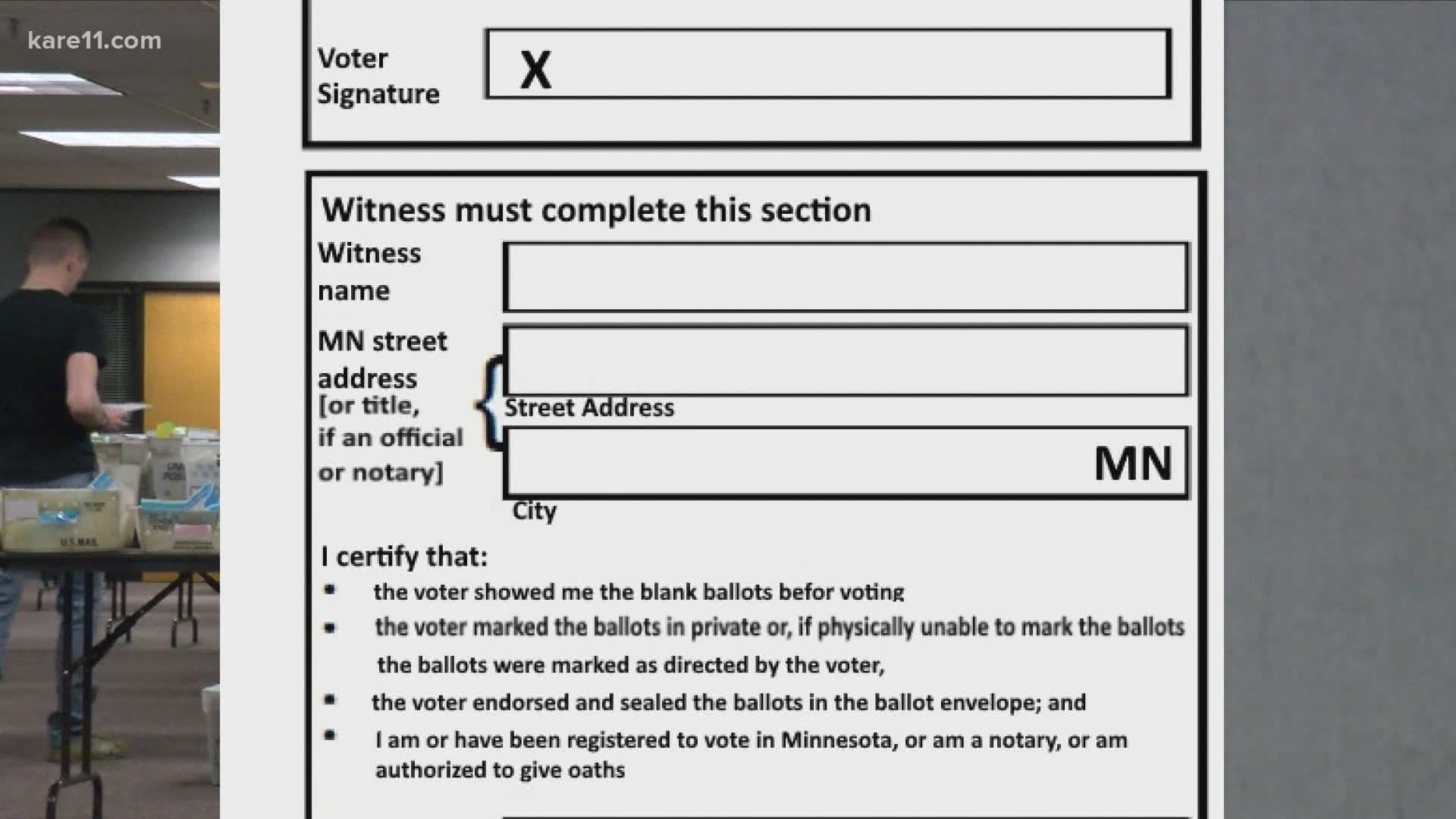 ST PAUL, Minn. — A new court order will make voting by mail in the August 11 primary easier for those Minnesotans who are looking to minimize their exposure to coronavirus.

It will also allow ballots that arrive up to two days after Election Day to be counted as long as they are postmarked on or before Aug. 11.

Under current law absentee ballots can be counted after the day of the election, but only if they're received on or before Election Day.

"The constitution says you can't unduly interfere with the right to vote," Minnesota Secretary of State Steve Simon told KARE.

"And the conclusion here is that, under the present circumstances with COVID-19 that might happen unless there is some modification of the rules just for this primary election."

Click on this link to read the full consent decree

The court order is the partial resolution of a lawsuit filed by the Minnesota Alliance of Retired Americans against Secretary Simon and the state of Minnesota. Voters Robert LaRose, Teresa Maples, Mary Sansom and Gary Severson are also plaintiffs in the case.

"In my mind it’s a nonpartisan issue. Anything that makes democracy more viable. Making it easier for people to vote is the name of the game I think," Severson, a retired high school history teacher who lives in Chaska, told KARE.

Severson says he normally votes in person but currently has a numb foot as a result of a knee infection, which will make it much tougher to stand in a long line at the polls.

"Plus being diabetic, I just don't want to push my luck with the current prognosis for the future of COVID-19."

Republican lawmakers sharply criticized Simon for agreeing to be bound by the new consent decree, accusing him of bypassing the legislature to achieve something that couldn't gain bipartisan support.

"He has surrendered ground that has been fought over many, many years by both Republicans and Democrats before he even has an opportunity to discuss it with us," Rep. Tony Albright of Prior Lake told reporters at a Capitol Rotunda press conference.

Rep. Jim Nash, the lead Republican on the House Elections Committee, said Simon should've brought up these issues during negotiations over the bill designed to enhance safety for poll workers and voters.

"He has always said that elections policy needs to be created in a bipartisan manner," Rep. Nash remarked.

"This the heavy hand of a constitutional officer who, like in recent times, is trying to end-around the voice of the legislature."

But Simon asserted Judge Grewing wouldn't issue such an order if she felt it created more harm than good.

"A judge can only sign off on a consent decree it if the decision is considered fair, adequate, reasonable and consistent with the public interest," Simon said.

"Under any settlement we have to make an analysis of what the law is out there under circumstances like this. We’re in a pandemic and that informs our decision." 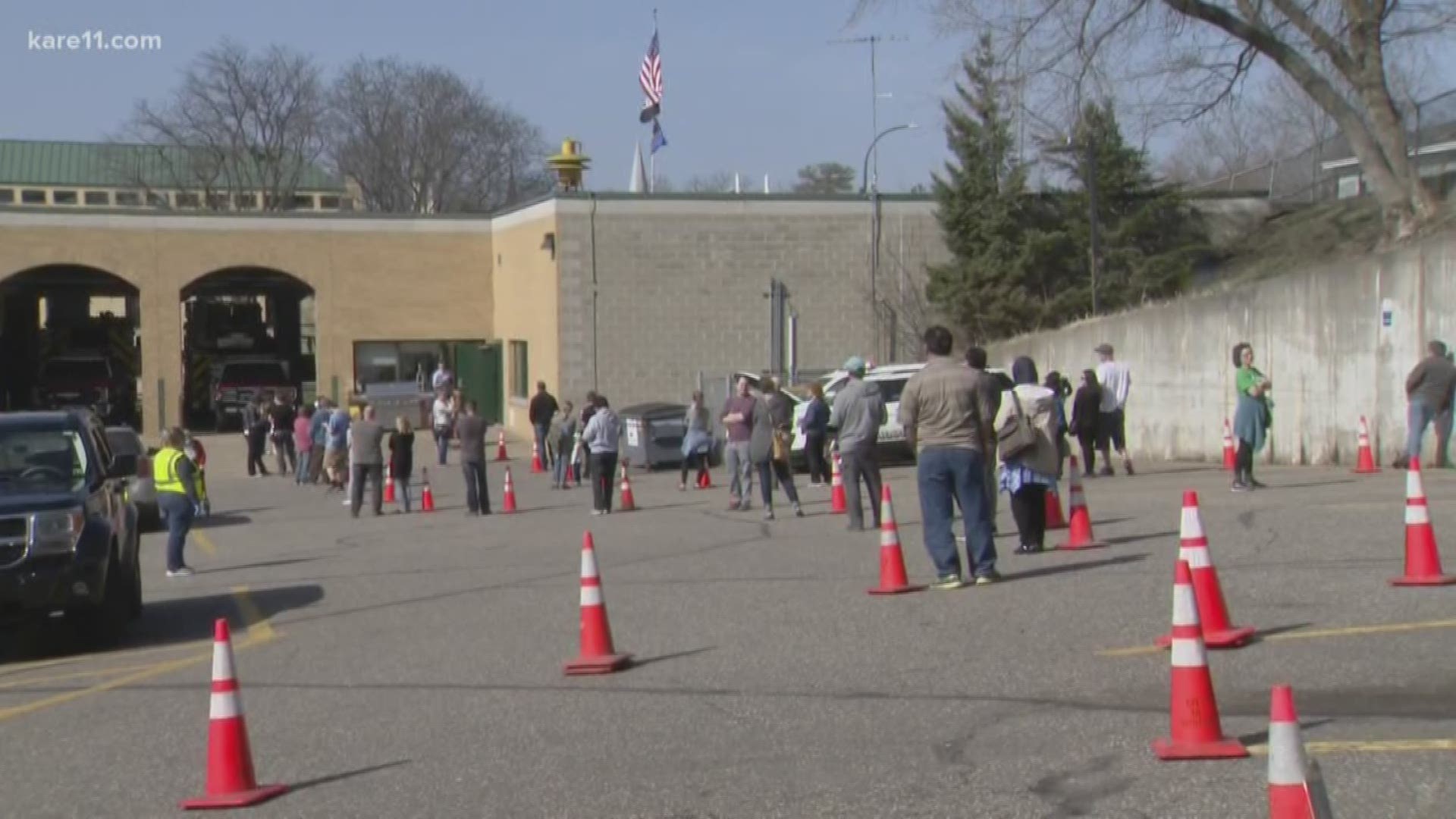 Republican Sen. Mary Kiffmeyer, who served as Secretary of State from 1999 to 2007, warned that removing the witness signature requirement would make it easier for someone to vote in somebody else's name.

"That (witness signature) connects the name to that actual person and is a very integral part to the integrity. You break the link between the person the ballot was sent to and their signature."

Simon noted actual cases of voter impersonation are extremely rare in Minnesota, and anyone who would try to exploit the temporary rules to commit that form of fraud would face felony charges.

"We're one of 12 states that require a witness signature. The other 38 states don't have such a requirement."

The most common type of voter fraud in Minnesota is convicted felons voting, or attempting to vote, before they are released from probation.

Democrats say that issue could be solved instantly by restoring voting rights to the estimated 50,000 Minnesotans on probation who are currently barred from taking part in elections. Such a bill has already passed the DFL-controlled House twice, but Republican leaders thus far haven't allowed that proposal to be taken up in the Senate.

Kiffmeyer and Simon have been at odds for many years over same-day registration.  Kiffmeyer would like to end that practice, or at least create a provisional ballot system that prevents a same-day registrant's vote from being counted until address and eligibility are verified.