Her campaign claims to be the first to complete the milestone among the 2020 Democrats. 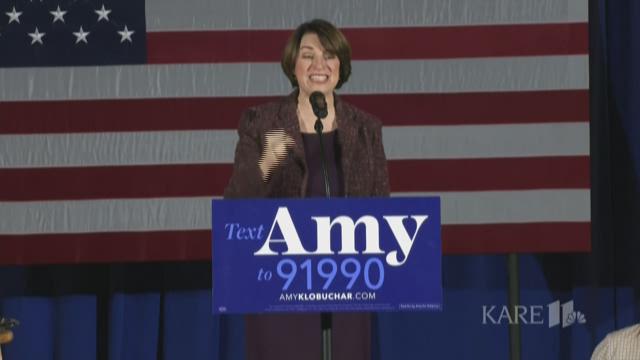 DES MOINES, Iowa — Minnesota Sen. Amy Klobuchar has now visited all 99 counties in Iowa, as her presidential campaign looks to secure support ahead of that state's first-in-the-nation Democratic caucus on Feb. 3.

Klobuchar addressed supporters in Des Moines on Friday, after stops in Emmet, Kossuth and Humboldt counties.

"It was a statement of purpose for me, and that is that I believe that we need someone as President who's going to be the President not for half of America, but all of America," Klobuchar said.

According to the Klobuchar campaign, the Minnesota senator is the first of the major Democratic presidential candidates to complete the 99 county milestone.