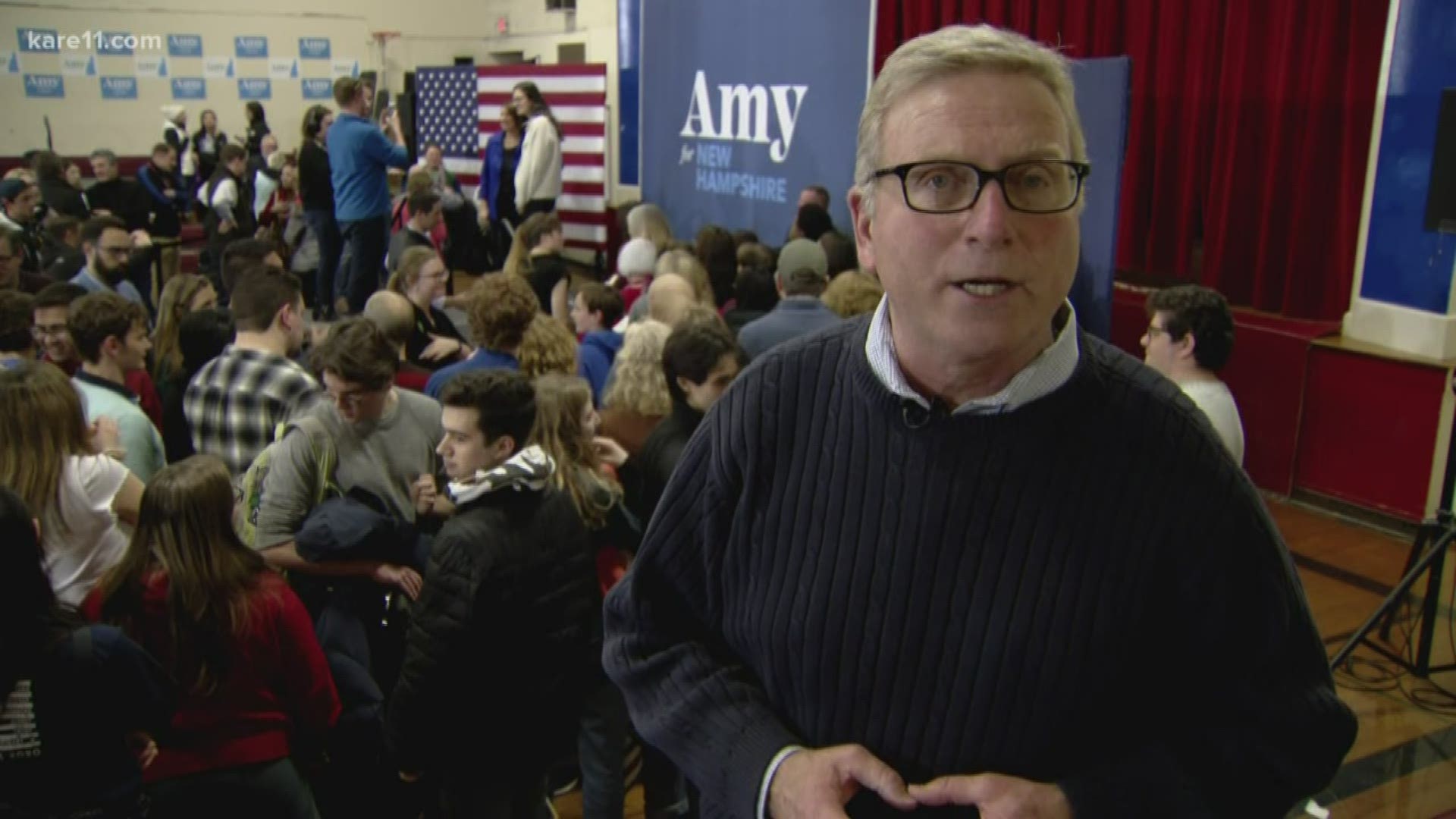 It was the Minnesota presidential hopeful's third heavily-attended stop of the day, part of a barnstorming tour of the Granite State ahead of Tuesday's primary.

Sen. Klobuchar's added some of her trademark topical humor to her stump speech, noting the timing of her appearance.

She seemed energetic, buoyed by new polls that show her on the rise, and a burst of $3 million in new funding that followed her strong performance in Friday night's ABC New Hampshire debate.

"I'm really drawn to her because she has a reasonable approach to politics, a good amount of experience," Andrea Hajduk of Derry, New Hampshire, told KARE.

"The debate did seal it for me. The debate can sometimes be a show, you know, one-liners, and putting each other down, but she doesn’t really do that. She just lays out what she believes needs to be done."

RELATED: New Hampshire is a last chance for some struggling 2020 Democrats

Russ Fornier of Salem said the area is known to be Republican territory, so he was pleased to see so many people show up to see Klobuchar in person.

"Her views are aligned with mine," Fornier explained. "I’m not for big, pay-for-everything government. I’m for somebody who can get things done, and that’s what Amy can do."

Her supporters don't seem worried at all about Klobuchar's fifth place showing in the Iowa Caucuses last week.

"I was glad to see that Amy is as real as I thought she was," Ann Peterson of Hudson, New Hampshire, told KARE.

Peterson is an adjunct professor who teaches IT at several area colleges. She grew up in Minnesota but moved to New Hampshire to be closer to grandchildren.

"She knows me. She knows the situation. She can explain my life, just by listening to her life."

Some polls taken before Friday's debate had Klobuchar in fifth place in Iowa, but new polls have placed her as high as third place.

She had a full schedule ahead of her Monday and Tuesday, criss-crossing the state getting out the vote.