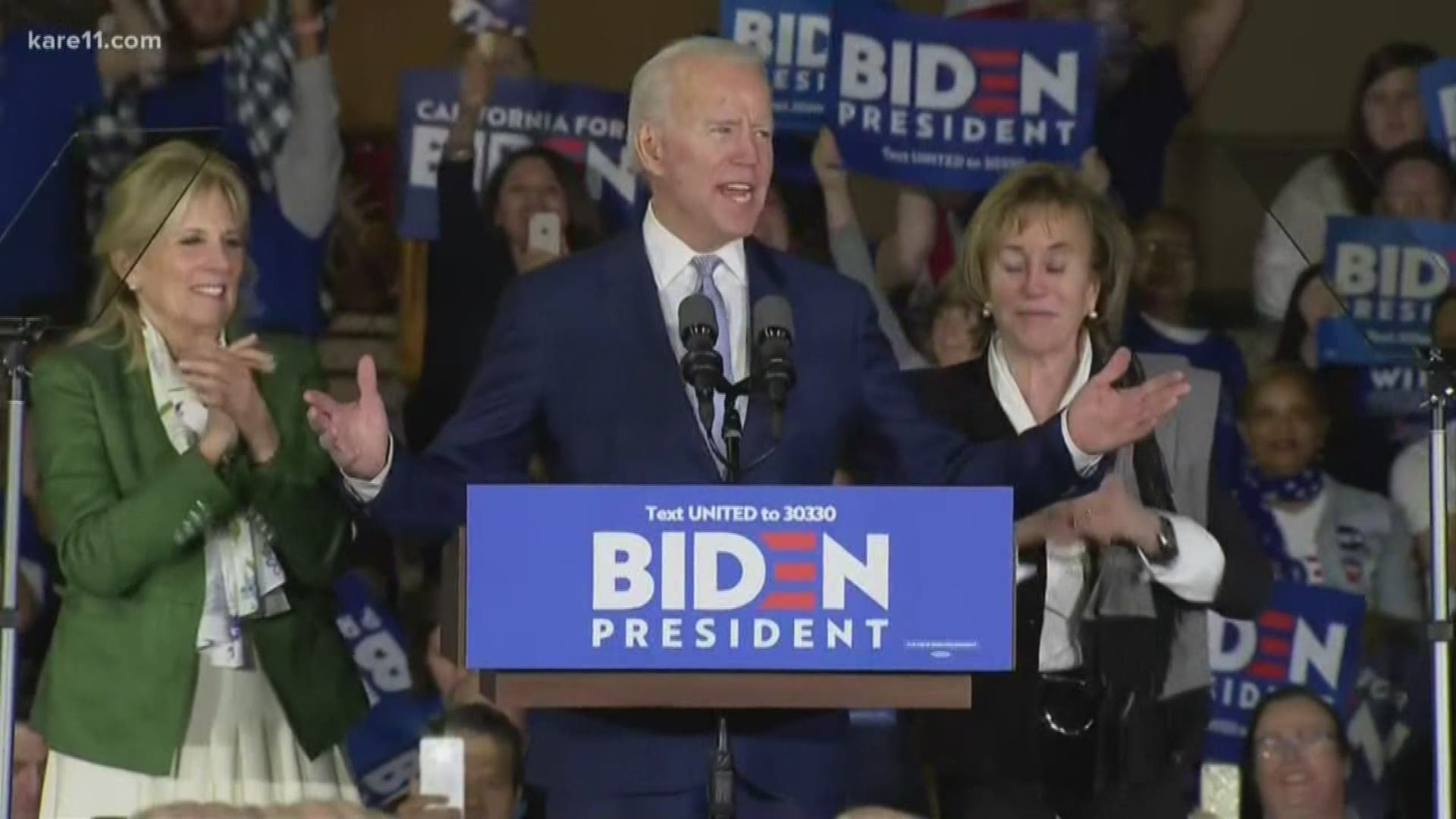 "Words can’t explain how excited I am," said Corey Day, Senior Adviser to Biden's Campaign. "I want to thank our senior senator, I’m sure without her support we could never have gotten to this place. Her team was extremely helpful today, helping us with GOTV, making sure we got the vote out.

Minnesota has 75 delegates to assign, out of more than 1,300 delegates up for grabs in the Democratic race on Super Tuesday. Those distributions will be updated on DFL's website as votes continue to come in.

"People are talking about a revolution, we started a movement, we've increased turnout," said Biden before a crowd in Los Angeles. "And the turnout turned out for us. That can deliver us to a moment where we can do extraordinary, extraordinary things."

"On one hand I really do believe that Amy Klobuchar was the best person to unite our party and beat Donald Trump and get things done for the American people and I think that she really proved to Minnesota and to the country and to the entire world what a Minnesota grit looks like. And that’s why she saw such overwhelming success, why she was able to exceed really anyone’s expectations," said St. Cloud Rep. Dan Wolgamott on why he's backing Biden after Klobuchar dropped out. "But there’s no time to cry into our pillows because the stakes are too high. We’ve got to build a coalition that can defeat Donald Trump, we’ve got to put forward a nominee who can win up and down the ballot."