The legislator's Facebook post advised diabetics who've run out of insulin to buy Walmart's cheaper, older version of the drug 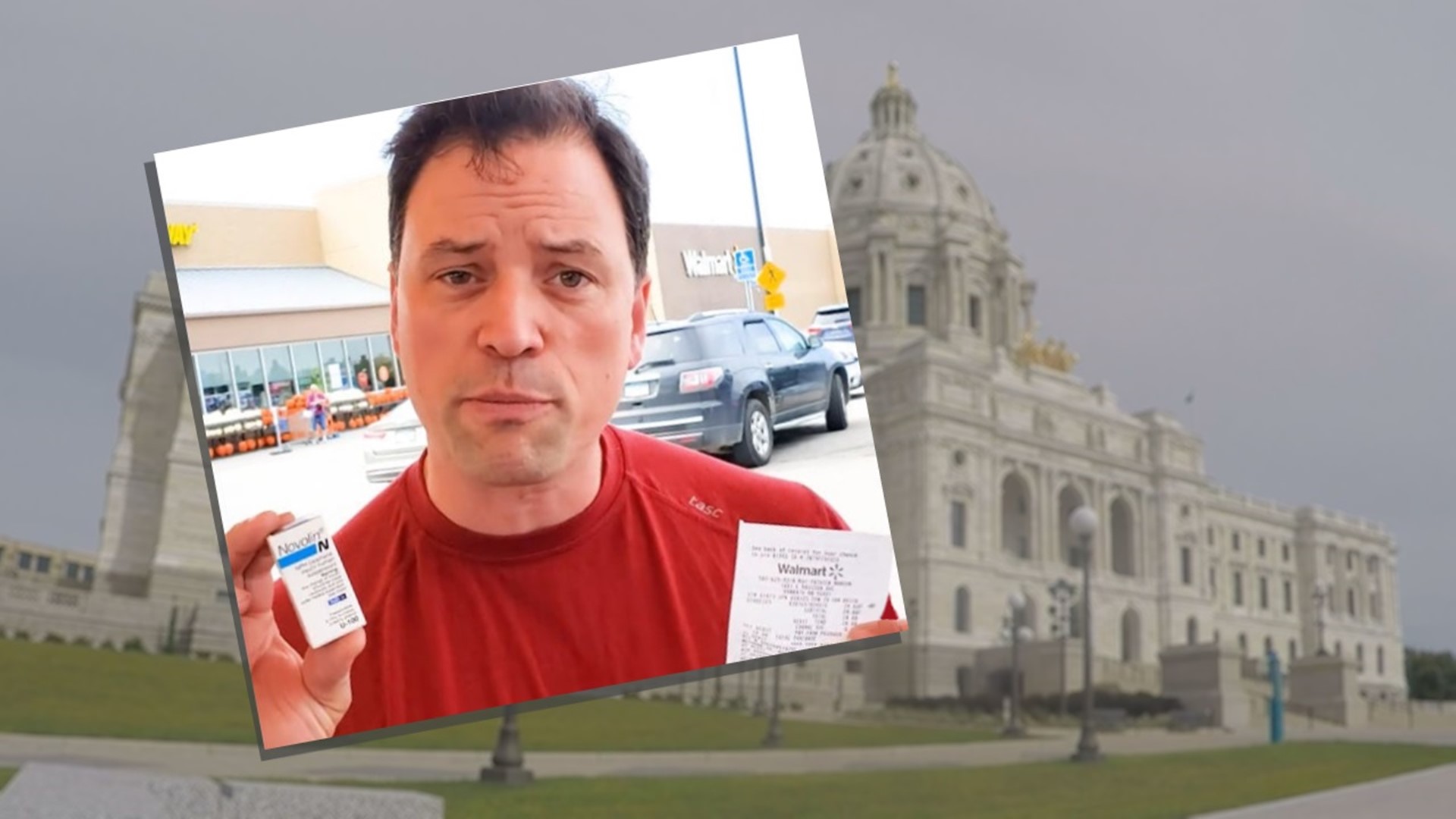 ST PAUL, Minn. — A state lawmaker's response to the insulin cost crisis drew a backlash from some diabetics, including a fellow legislator who depends on the drug.

Rep. Jeremy Munson of Crystal Lake took to Facebook to show followers how simple it is to buy an over-the-counter version on insulin at Walmart, which he was able to get for $24 and without a prescription.

"I'm here at Walmart today because I heard you can buy the same insulin that you've been buying for decades, and it's actually cheaper today than it was 20, 30, 40 years ago," explained Rep. Munson, a first-term Republican who belongs to a splinter group of four conservative lawmakers known as the New House Republican Caucus.

After emerging from the store with a vial of Walmart's Novolin ReliOn brand of insulin, Munson urges viewers to share his post with friends and family. He goes on to present it as an option for people who've exhausted their supply of insulin.

"I hear testimony about people rationing their insulin. That shouldn't happen when there's affordable options out there," Munson asserts.

The post drew a sharp response from Rep. Laurie Halverson, who has Type 1 diabetes and has worked with fellow diabetics on the Alec Smith Emergency Insulin bill.

She said Walmart's pre-1996 formula is not interchangeable with the modern, advanced analog insulin products that dramatically improved diabetes treatment in the past two decades.

"To cavalierly say that your solution is out there, and it's an insulin treatment that's outdated, to casually say it could be traded for my Novolog that I use in my pump puts people’s lives at risk!" Rep. Halverson told reporters.

We asked Dr. Laura LaFave, an endocrinologist at Hennepin Healthcare, about the difference between the lower cost Walmart insulin brands and the newer versions of the drug that have skyrocketed in price over the past decade.

"The types of insulin we have on the market since the late 1990s have really revolutionized how people can manage their blood sugar," Dr. LaFave explained.

"With these new insulins there’s now the ability to really mimic what a person’s body does who does not have diabetes."

She said the new generation of insulin drugs, which diabetics can give themselves through pumps, pens or with syringe needles have given patients freedom to be more active than they ever could be with the older "human insulin" Rep. Munson purchased.

"The Walmart-available insulins, they do work, they are insulin that you can take an injection and you will get insulin into your body," Dr. LaFave remarked.

"But it will limit a person’s ability to do their daily life in a way that gives them the ability to be fully participating in life, which is what I think the goal is."

She said people thinking of making the switch to the older style insulin because of the price need to consult their physicians or diabetes educators, because the dosing is different. And it requires patients to pay even closer attention to their bodies.

"The Walmart insulins have a very specific timing requirement with them, so when you take one of those types of insulins you have to be very careful about the actual time of day when you eat, that you sleep, that you exercise, that you drive, that you play a sport."

She also echoed Rep. Halverson's comment about insulin pumps -- the historic version of the drug, available over the counter at Walmart, isn't approved by the FDA to be used with insulin pumps.

LaFave conceded using the older version of the drug in an emergency, under a doctor's guidance, is better than going without insulin altogether. But, she cautioned, it's not the best way to control blood sugar levels and avoid serious complications. 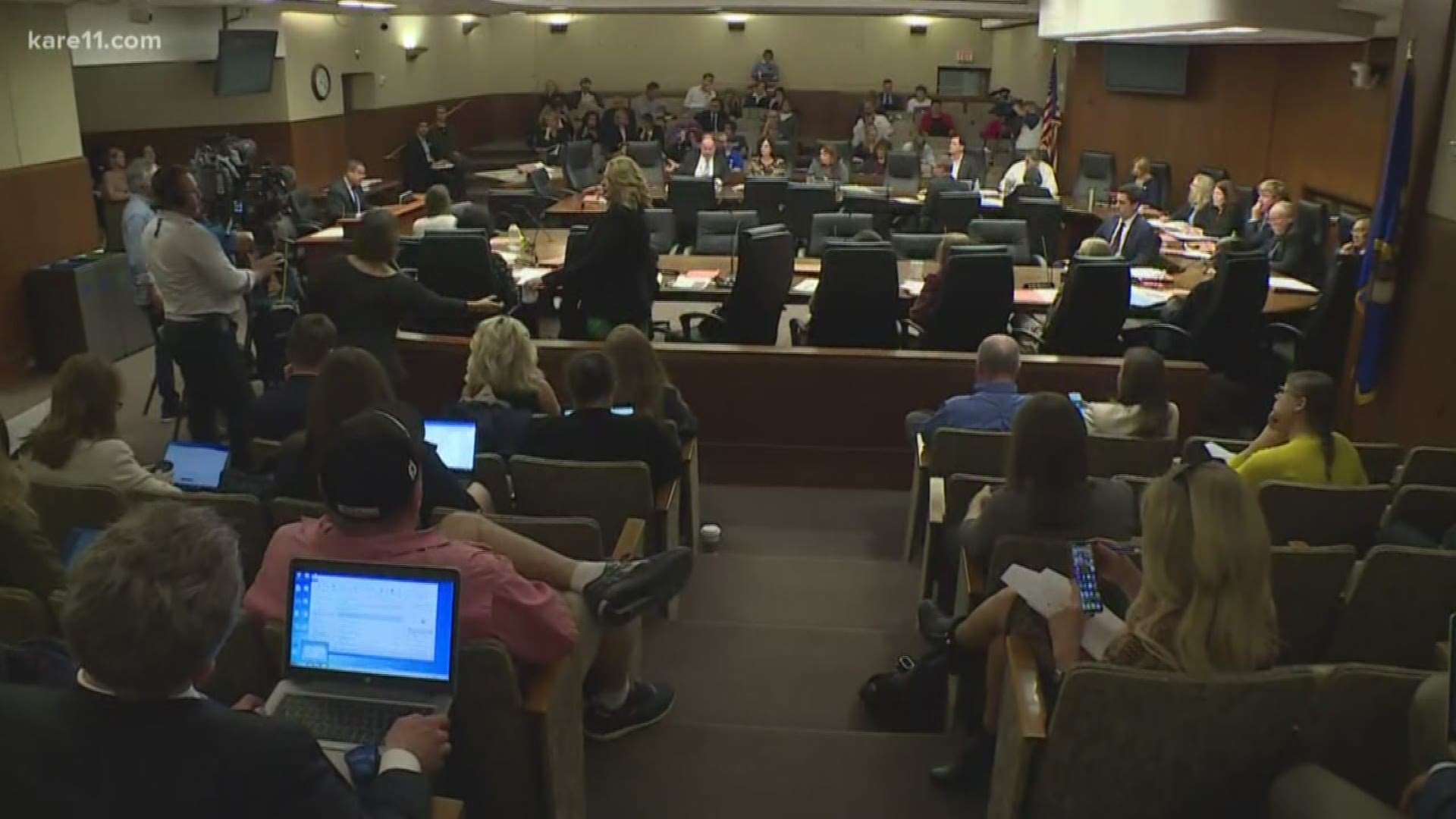 Both Halverson and Munson sit on the House Health and Human Services Committee, which on Thursday debated the revised version of the emergency insulin bill.

Munson stood by his social media post, saying it was based on conversations with patients and pharmacists and an Arizona specialist with 35 years in the diabetes field. He said those patients should consult their physicians but using Walmart's old style insulin would still be better than going without for people in a crisis.

"The other insulin available in the market, privately without a prescription, over the counter, over 4,000 retail locations around the country -- weekends too -- is a possibility for life-saving insulin."

He had already said he opposes the emergency insulin bill -- which would provide an immediate 30-day supply of insulin to diabetics who've run out of medicine and can't afford to buy more.

The response from Halverson?

"Don’t pretend to understand what we live with every single day, and then legislate based on that!"

Halverson said that she other diabetics spend their lives carefully managing their disease because the complications include blindness, loss of limbs, heart failure, kidney failure and sudden death.

"We've defined the problem. The problem is that insulin is too expensive."