Inspired by Daunte Wright's death, a bill would create a new style of bench warrant. Drivers would sign a form acknowledging court date, rather than being arrested. 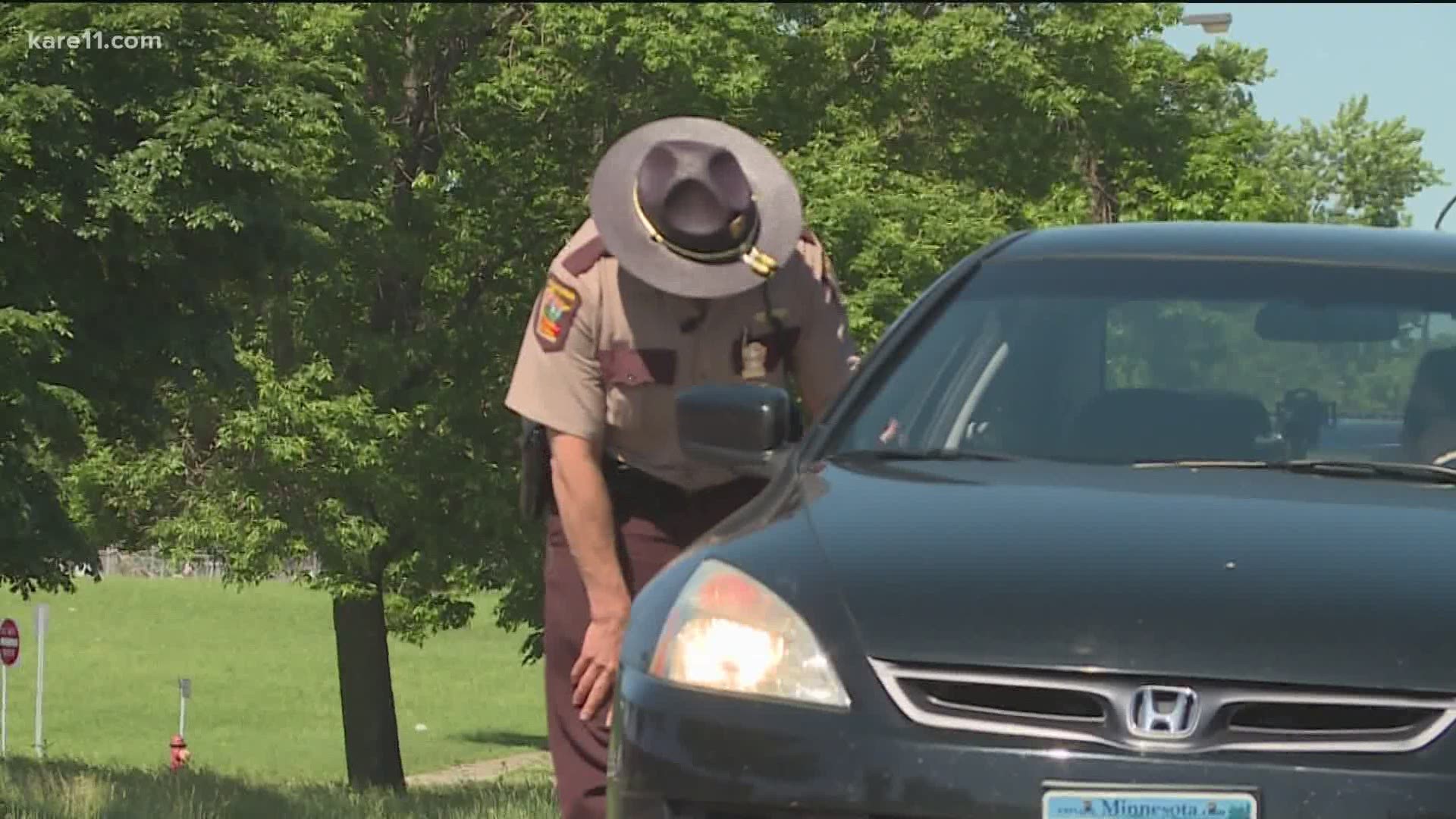 ST PAUL, Minn — It's pretty much automatic. It's part of the job.

When officers pull people over, they check for outstanding arrest warrants issued by the courts.  If they find there's an active warrant, they're required to arrest the person.

For Daunte Wright, it was a traffic stop over expired tabs and air fresheners on April 11 in Brooklyn Center. That escalated to an attempted arrest and ultimately his death, inflicted by an officer who said she thought she was firing a Taser at Wright.

The stop made the turn from routine to tragic because officers discovered Wright had an outstanding warrant for failure to make his first court appearance on a gross misdemeanor charge.  Wright's family said he didn't even know there was a warrant for his arrest because the notice had been sent to an outdated address.

Representatives Jamie Long of Minneapolis and Samantha Vang of Brooklyn Center believe they have one way to diffuse the tension in those types of encounters and lessen the likelihood of officers killing unarmed motorists.

Judges would issue "sign and release" warrants in gross misdemeanor and misdemeanor cases instead of the typical bench warrant.  If the officer stops someone who's the subject of such a warrant, that driver could sign a form acknowledging they have an upcoming court date.

The driver would then be free to go, rather than being arrested on the spot and carted off to jail.

"In these instances, an officer notifies an individual they have an upcoming trial date and asks them to sign to recognize that they have understood the trial date is coming up," Rep. Long told the House Public Safety Committee this week.

"This takes down the temperature and the interaction with police as there's no need to take them into custody."

Long noted that Hennepin and Ramsey County judges are already using sign and release style warrants for some misdemeanor offenses, and most of the people who sign the form do end up making it to their next court appearance.

"This shows that individuals largely do want to come to their court date when they know about it."

"This bill could have prevented Daunte Wright’s death," Rep. Vang remarked. "For whatever reason Daunte Wright unknowingly and unexpectedly got a warrant for his arrest."

She said it would help restore trust between communities of color and police, as well as giving officers more time to concentrate on public safety.

"This bill is common sense. It minimized unnecessary work for police officers, to spend time and resources on citizens who aren’t a public safety threat."

The bill passed the Public Safety Committee with bipartisan support. One of the Republicans who voted for it, Rep. Paul Novotny of Elk River, said officers under current law are compelled to make arrest people with active warrants.

"This is not a discretionary issue for police. They come across someone, and the warrant was discovered is a ‘shall arrest’," Rep. Novotny, a former sheriff's deputy, explained.

He said officers would much rather spend their time answer calls for service, rather than arresting people who don't pose an immediate threat and hauling them to jail.

Julia Decker of the ACLU of Minnesota said the current system disproportionately impacts lower income persons and people of color who may face barriers of making it to court dates.

"Things like access to transportation or transit, child care, time off from a job, or a stable address are all reasons why a person may not be able to appear for a court date, and indeed may not even be aware they had a court date," Decker told the committee.

A separate bill related to Daunte Wright's death -- a bill barring most traffic stops for minor equipment violations -- passed the DFL-controlled House as part of the Omnibus Public Safety Bill.