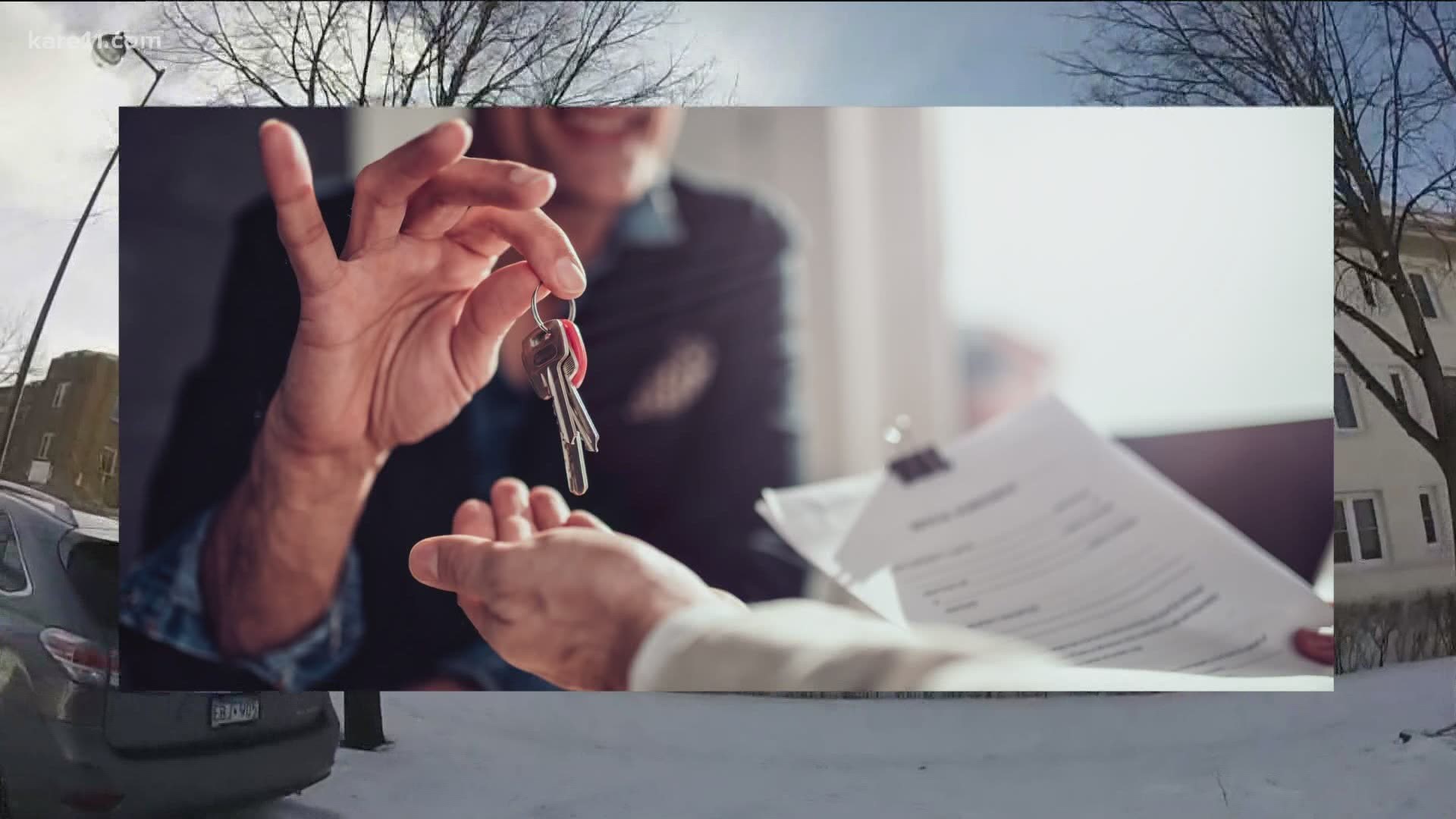 ST PAUL, Minn — Minnesota legislators are considering a new approach to tackling the state's housing crisis, a problem brought into much sharper focus by the coronavirus pandemic.

DFL lawmakers are pitching a rental assistance voucher system, modeled after the federal Section 8 Housing Choice Voucher program that caps tenants' rental payments at 30 percent of their monthly income. The government pays the balance to landlords.

"We're bringing forth something that is both simply in its form and bold, in saying we believe in Minnesota that no Minnesotan should pay more than 30 percent of their income in their rent," said Rep. Mike Howard, the Richfield Democrat who is the chief offer of the Bring it Home Minnesota bill.

Rep. Howard said currently 500,000 Minnesotans pay more than 30% of their income for housing, which puts a major squeeze on their families and opportunities to move forward financially.

"The ripple benefit of this kind of investment are really hard to overstate because whether we’re talking about the opportunity gap in our schools, racial disparities, economic competitiveness, all roads lead back to home."

Currently, only only one in four families that qualify for federal Section 8 vouchers can get them, according to Melissa Taphorn of Minnesota's chapter of NAHRO -- the National Association of Housing and Redevelopment Officials.

Taphorn told lawmakers 31,000 families are currently using Section 8 vouchers in Minnesota. She said the average family is able to gain enough financial stability to leave the program after three years.

But there's always a scramble for spots on the waiting lists. In 2019, three metro area housing agencies opened up their Section 8 waiting lists for a six-day period and were overwhelmed with applications.

"More than 45,000 households applied in just six days. Their wait is going to be three to five years before a voucher is available," Taphorn explained.

MN Housing Commissioner Jennifer Ho tells lawmakers that housing assistance is one of the few government benefit programs in which being eligible doesn’t automatically translate to getting help. The need far outstrips available resources. pic.twitter.com/2QCvhvKSHP

The federal government's investments in Section 8 vouchers haven't kept up with the demand for subsidized housing or with the rental prices. Stagnating wages for working families and a shift by developers to the luxury apartments have also played a role in the crisis.

Minnesota Housing Commissioner Jennifer Ho noted that housing is one of the few federal assistance programs in which qualifying for help doesn't automatically trigger the aid.

"A lot of it goes to the federal government which decades ago started to say, 'Not us' when it came to their role."

HUD, the Dept. of Housing and Urban Development, has targeted much of the new spending on special populations vouchers -- rental assistance geared toward homeless veterans or persons with disabilities or youth from the foster system.

"If you're eligible, you should receive housing assistance, period. No questions. No lines. Without drastic change we will continue to perpetuate this crisis," AsaleSol Young of Urban Home works told the Minnesota House's Housing Finance Committee during a hearing on Howard's House File 40 this week.

"These families already have an apartment, but because the rent is so high in comparison to their income they are one car repair, or one illness away from losing that home," Blons explained.

"More residents are evicted not for their behavior but because of nonpayment. It helps both residents and landlords if the rent gets paid."

The panel also heard from voucher recipients about how their lives have been changed by the opportunity to limit their rent to 30 percent of their income.

"Right now, I only pay 30 percent of my income towards rent. Having rental assistance has allowed me to be able to go to school, go to work, and spend time with my son all at the same time," Jekima Flowers, who lives at Model Cities St. Paul, remarked.

The hardest part for Howard to sell to colleagues is the price tag for the voucher program, which could run as high as $200 million a year.

Republican Rep. Tony Jurgens of Cottage Grove said he appreciated the intent of the bill but asked how Howard would pay for it within the state budget.

"I guess I’d also like to know where that money’s going to come from. If there’s any kind of a funding source for it, or it’s going to be coming from the General Fund," Rep. Jurgens told Howard.

"And if that’s the case then something’s got to give. Is that less money to education? Or less money to something else because it’s not there any longer?"

Howard said the state currently spends less than one percent of its budget on housing.  He also noted that for decades the state has been subsidizing homeowners with the mortgage interest deduction to the tune of about $100 million a year.

OTHER NEWS: Third stimulus check: Biden 'prepared to negotiate' who gets it

OTHER NEWS: Advocates for people with disabilities ask Minnesota, other states for vaccine priority