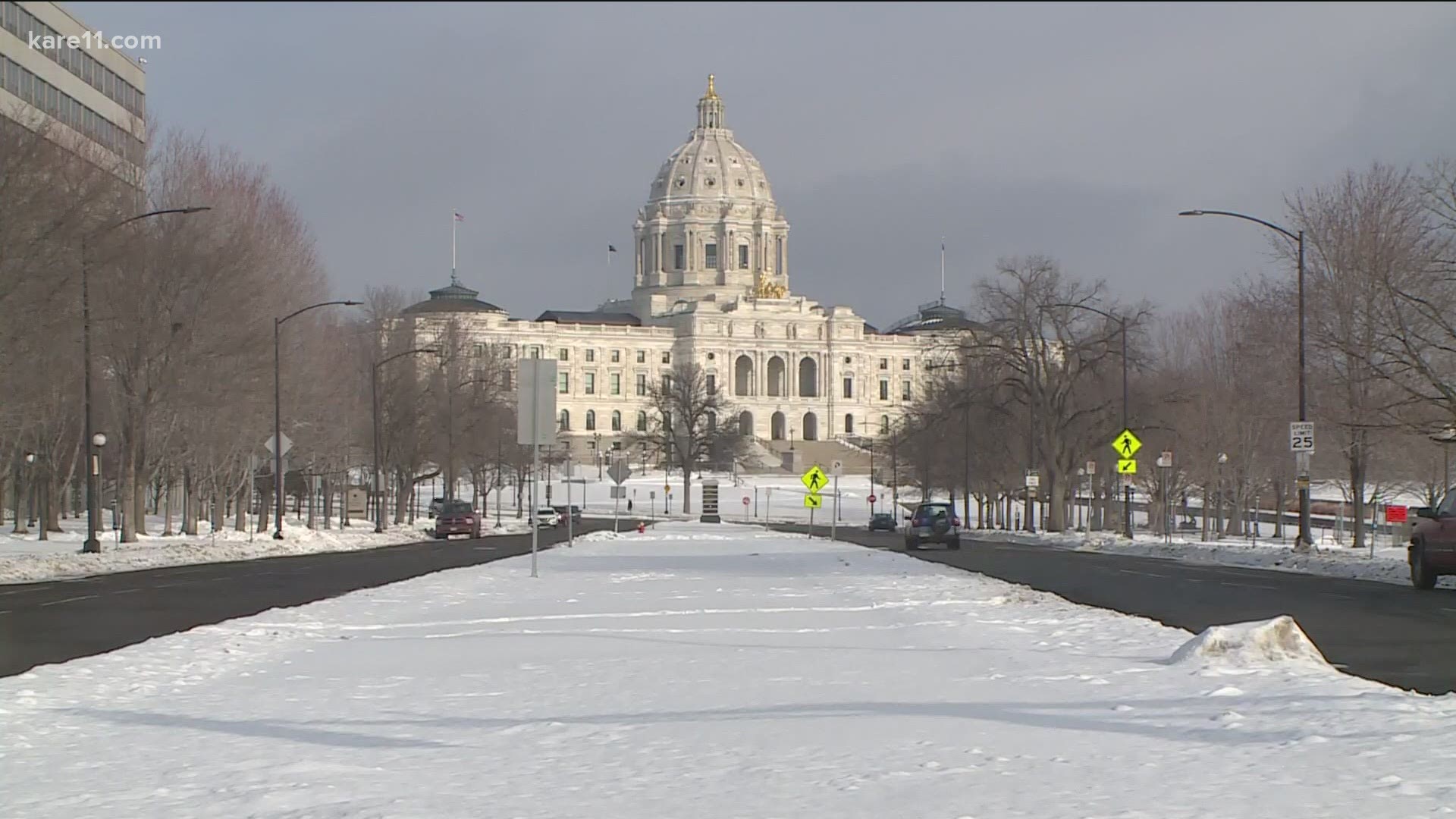 ST PAUL, Minn — Many of Minnesota's entrenched racial disparities in income, employment and housing have their roots in government policies that intentionally limited home ownership among people of color.

That's one of the conclusions of a 45-page report by the House Select Committee on Racial Justice, a panel that began holding hearings last summer in the aftermath of George Floyd's death in police custody.

"We have to be intentional about building in Minnesota a state that leads the nation in equity," Rep. Rena Moran, the St. Paul Democrat who co-chaired the special committee and shared it with members of the House Ways & Means Committee Monday -- a panel she also chairs this session.

Rep. Moran said lawmakers should incorporate the goal of righting past wrongs in the bills they author this year, or at the very least consider the impacts on the goals of racial justice.

"So, I presented this report to you and I’m asking you to be invested in this goal I’m setting for this year’s budget."

Moran's presentation included a clip of a Twin Cities Public Television documentary showing how the Federal Housing Administration, or FHA, produced color-coded maps in the 1930s that had a profound impact on who could get favorable mortgage rates on government-backed loans.

The areas of the map where most Black families lived were marked in red and yellow, with a map legend that translated red as "hazardous" and yellow as "definitely declining." Areas with high concentrations of white families were green for "best" and blue for "still desirable."

And, to make things worse, lenders and real estate agents were encouraged to add special covenants to the titles for properties in the blue and green areas barring owners from selling those lots to Black persons and other racial minorities.

By the time those covenants were removed the city's housing patterns and concentrations of poverty were already well established, as well as the lack of intergeneration wealth that comes with home ownership. But the role of those historic housing and lending policies was downplayed in debates over persistent disparities.

The report makes dozens of recommendations to lawmakers and other state policymakers, ranging from creating a loan guarantee program for businesses owned by people of color to making it easier for minority contractors to bid on government contracts to reforming cash bail.

Our Select Committee on Racial Justice released its findings concluding:

Moran's overview of the committee's work included a review of terminology from the movement, which explained the difference between the terms "equality" and "equity" when it comes to government policy goals. Simply put, equality translates to equal opportunity for all, while equity points to the concept of leveling the playing field to compensate for the lack of opportunity in the past.

During Monday's meeting, Republican Rep. Ron Kresha of Little Falls asked Moran if she now expected every bill to be viewed through a racial lens.

"Can you explain to me when that’s going to be applied and when it won’t?" Rep. Kresha asked.

"Because, if what you’re saying to me is you’ll pick subjectively when we’re going to use this lens and when we’re not that creates unclear expectations."

Moran said it's more about thinking more deeply about how legislation impacts the overall goal of moving toward racial justice. That thought was echoed by another member of the Select Committee on Racial Justice, Rep. Jamie Becker-Finn of Roseville.

"It’s really thinking deeply about how our policies for centuries have gotten us to this point where the disparities exist, and we’re now being called upon to do something about it."