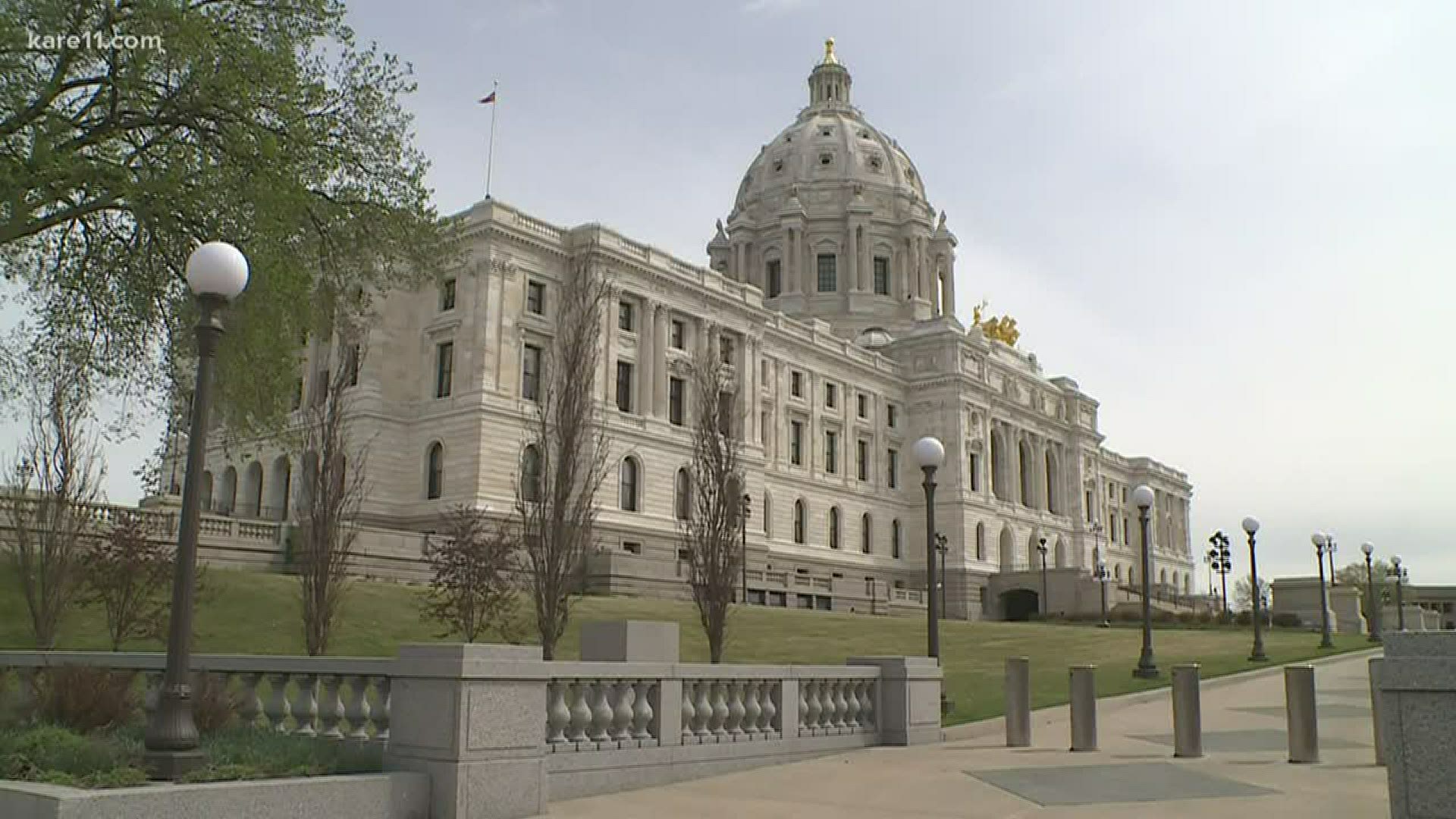 ST PAUL, Minn. — Bonding bills rarely take their final form until the waning hours of a legislative session, and this year's COVID-19 crisis has made that it even tougher for Minnesota lawmakers to find a compromise on that legislation.

But the 2020 version of the public works construction may be stopped dead in its tracks this year, because the Republican House Majority has flat out said there won't support it until after Governor Tim Walz has lifted the peacetime state of emergency here.

Rep. Kurt Daudt, the House Minority Leader, said the state of emergency has served its purpose and shouldn't be extended when if expires Wednesday. He has complained that the Legislature hasn't been treated as a co-equal branch of government because Gov. Walz has been able to issue emergency executive orders instead of waiting for lawmakers to take action.

Bonding bills require a 3/5ths super majority -- or 81 votes -- in order to pass. Even if all 75 of the DFL members voted for the bill, at least six of Daudt's GOP members would have to join them. It's one of the situations that require bipartisan agreement, rather than simple majority rule.

The legislature is up against a constitutionally imposed deadline to wrap up the session by midnight Monday morning. But Daudt asserted construction jobs generated by the bonding bill aren't as important right now as the jobs that could be recovered by fully reopening the state's economy.

"And do not talk to me about jobs when we have businesses arbitrarily closed that could be open right now!"

House Speaker Melissa Hortman said Tuesday that Daudt raises some valid issues about the legislature's need to have a voice in the state's COVID-19 response.  But she said she believes the governor will still need to retain his emergency powers for situations that require him to act faster than the 201-member divided legislature can.

Many projects in mix

The House's bonding bill, currently at $2 billion, would pay for hundreds of construction projects across the state. The 162-page package includes repairs of buildings at college campuses across the state and work to modernize municipal water treatment plants.

The individual requests range from $29 million to upgrade and equip the Institute Child Development's building at the University of Minnesota's Twin Cities campus, to $2 million to purchase 155 acres of land the nonprofit Hmong American Farmers Association currently leases in Dakota County.

Rep. Ryan Winkler, the House Majority Leader, said it's important to get those bonds approved as soon as possible because there are many shovel-ready projects in the pipeline.  He said those public works projects shouldn't be held hostage over the governor's disputed emergency powers.

"We're talking about a lot of jobs, and just a lot of important construction projects that are vital to our economic recovery, so to me it's just really irresponsible to take that approach," Rep. Winkler told reporters Tuesday.

Bonding is the nickname for the public works construction bills the legislature passes, traditionally, every other year. They're also referred to as "jobs bills" by supporters because of the temporary construction jobs they'll generate, and the more permanent employment envisioned in the completed projects.

It’s called bonding because they issue general obligation bonds to finance construction projects, and those bonds are repaid over a 30-year period.

States with a recent record of sound fiscal integrity, such as Minnesota, get higher bond ratings from the rating services on Wall Street. In other words, Minnesota bonds are a safer bet. And because of that high rating Minnesota saves on interest costs over the long run.

The capital investment committees in the House and Senate tour proposed construction projects across the state every year in between sessions. The ones that make it into the bill represent about one-fifth of all requests from cities, counties and state governmental entities.

Every bonding bill starts very large and then gets whittled down by the legislature, with final selections usually put off until just hours before the session ends. The current $2 billion House Bill won't be able to get through the Republican-controlled Senate without being shrunk considerably.

Republicans are wary of taking on too much debt service.  And with a projected deficit of $2.4 billion for the current biennium they'll give even more scrutiny to the projects on the list.