“This country has never been changed without risk. His life has inspired me to take a risk.” 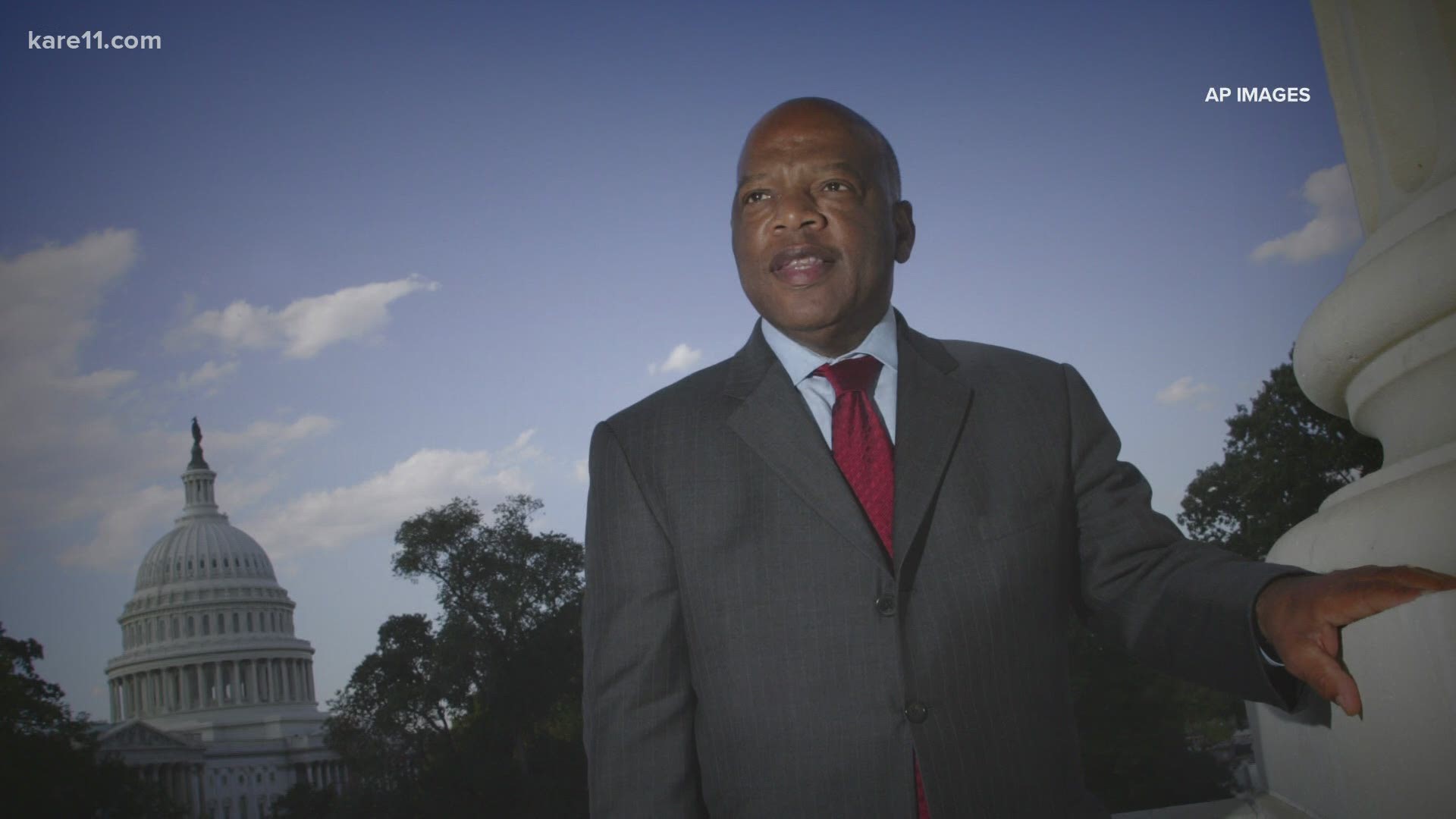 And in death, Lewis is still working.

“He gave us marching orders. Keep moving,” President Clinton said during the funeral.

And on the same day, an essay written by Lewis appeared in the New York Times. Lewis wanted it published the day of his funeral.

He wrote in part, “While my time here has now come to an end, I want you to know that in the last days and hours of my life you inspired me."

He also says Emmett Till was his George Floyd.

Sam Ndely and Ron Harris are members of Phi Beta Sigma — the same fraternity Lewis was a member of. Both were born and raised in Minnesota, and said they were inspired by Lewis on multiple levels.

“When I read that, I got emotional. No matter how big his status was he always had time for the brothers,” Ndely said.

Harris, who is currently on the Democratic National Committee as the Chairman of the Midwestern Caucus and serves on the highest governing body of the DNC, said Lewis was an example of perseverance and inspired him.

“I'll never forget we were in line to take a photo. I told him about things we were doing and he told me he was proud of me,” he said. “That did wonders for me as young black man in this country.”

And on the day the world paid tribute, Lewis, who died following complications with pancreatic cancer imparts wisdom. He also penned this message: "Though I may not be here with you, I urge you to answer the highest calling of your heart and stand up for what you truly believe. I’ve done all I can to demonstrate the way of peace ..."

Harris, 30, said he is ready to answer the call to move forward.

“I am super down to get in good trouble. I am super down in any room, whether it is the boardroom, lunch room or my household to speak up when something is not right,” Harris said. “If we continue to take the right steps and be bold and radical I think we have a small window to change the world. This country has never been changed without risk. His life has inspired me to take a risk.”

Sam Ndely is the the director of employer inclusivity at the Center for Economic Inclusion. He leads the center’s efforts to accelerate racial equity and inclusive economic growth in the region.

“I am committing my life to getting into good trouble. I am excited about the role to create a more culturally competent corporate American workforce in our region and really challenging how employers look at how systemically they have been part of the problem but also how they can work to fix it and to do better moving forward,” he said underscoring the importance of voting. "If our vote was not important they wouldn’t try so hard to suppress it. That is what Lewis fought so hard for his entire life. He bled for it.”