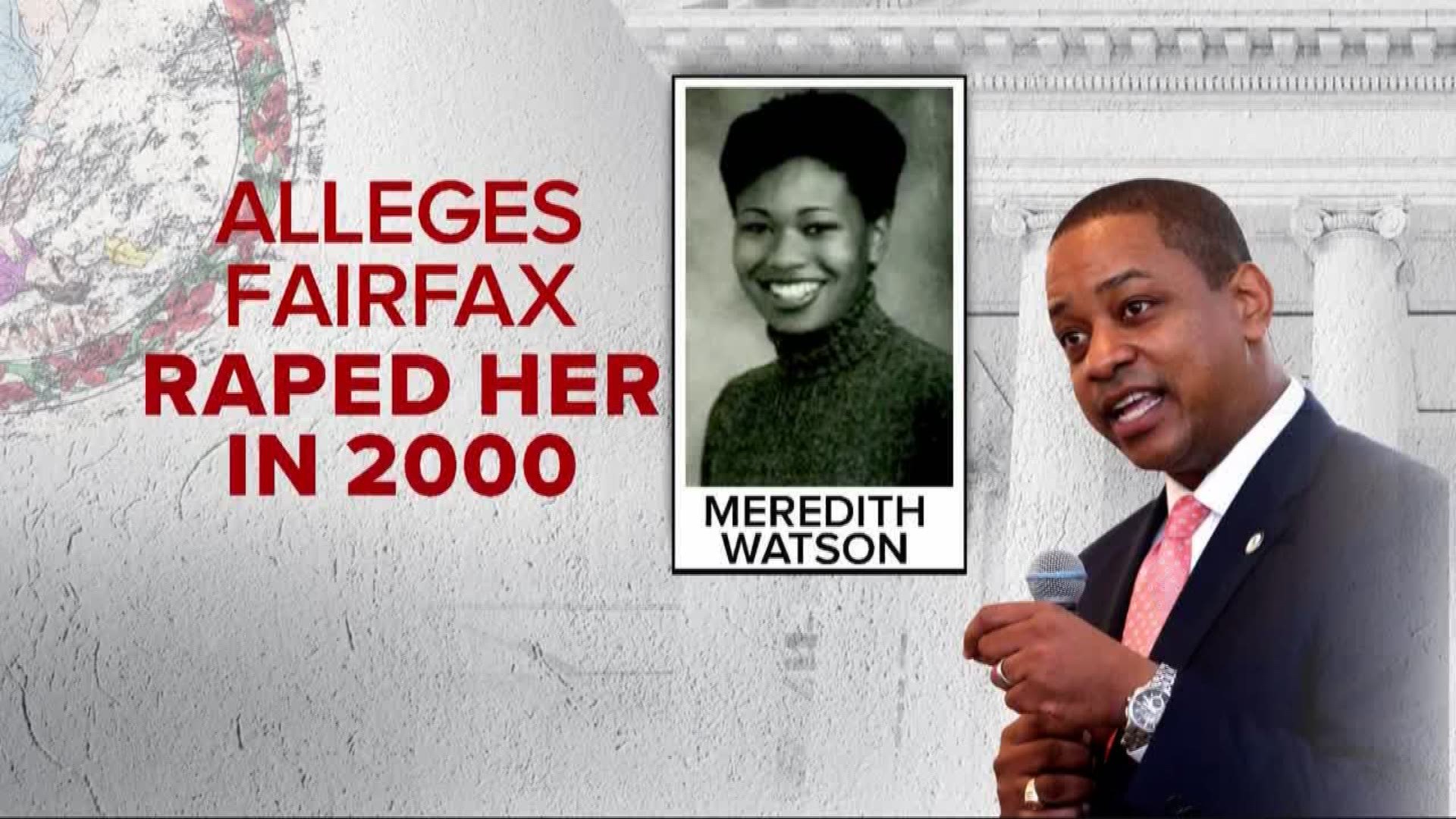 RICHMOND, Va. — Virginia Lieutenant Governor Justin Fairfax was back on the job Monday, but his inner circle continued to shrink.

“Staff for LG is very small as this is a part-time office,” said a spokesperson for Fairfax.

In addition to staff members resigning, Fairfax also had to step down from a board he sits on at Duke University and he took a paid leave of absence from his Northern Virginia law firm, which is conducting its own investigation.

Delegate Hope was ready to get the state's investigation going Monday after a second woman, Meredith Watson came forward last week accusing Fairfax of raping her while they were students at Duke in 2000.

Hope even had a resolution drafted to begin impeachment proceedings, but many Democrats aren’t on the same page.

“I'm not at the point of impeaching. I'm not going to be the judge and the jury,” said State Senator Barbara Favola.

With no movement Monday, Watson's attorney issued a statement asking lawmakers to let her testify and show proof.

Delegate Hope said he may still move forward with impeachment because the FBI won't investigate, Virginia state police can't get involved and republicans are waiting for democrats to to make the first move.

RELATED: Clamor for ouster of top Democrats slows in Virginia

If there's no action by then, lawmakers would have to be summoned back to Richmond to begin an impeachment process.

“I want to reiterate my call that the Lieutenant Governor must step down immediately,” said Hope.