A Republican state lawmaker has sued Minn. Secretary of State Steve Simon, in an effort to prevent mail-in ballots that arrive after Election Day to be counted

MINNEAPOLIS — A state lawmaker has brought a federal lawsuit against Minnesota Secretary of State Steve Simon, in an effort to block special rules that allow mailed absentee ballots to be counted if they arrive within seven days of Election Day.

Rep. Eric Lucero and James Carson, a longtime GOP party activist, brought the lawsuit in US District Court this week with a group of attorneys from a powerhouse law firm based in Washington, DC.

"Steve Simon, the Secretary of State, does not have the authority to change the election date. So that's why I filed this lawsuit with my co-plaintiff," Rep. Lucero, a Dayton Republican, told KARE.

The rules in place for November's election allow absentee ballots that arrive by mail up to seven days after Nov. 3 to be counted, if they're postmarked on or before Election Day.  Under normal, non-COVID, circumstances those ballot envelopes must arrive at polling places by 8 p.m. on Election Day to be opened and counted.

The seven-day grace period in place for the 2020 election in Minnesota was spelled out in a consent decree issued by Ramsey County District Judge Sara Grewing in June. That order stemmed from an out-of-court settlement of a lawsuit brought by the Alliance of Retired Americans against Simon.

"We think it's a good result, especially for our members of the Alliance for Retired Americans who are older, [who] don't have to unnecessarily put themselves at risk in order to exercise their right to vote," Richard Fiesta, the national organization's executive director, told KARE

He explained it wasn't an attempt to extend the election beyond Nov. 3, but merely to give city and county elections staffs enough time to process the expected record levels of absentee ballots coming via mail. The aging population has been hit disproportionately hard by COVID-19.

Lucero's lawsuit contends the temporary rules issued by the state court are in conflict with state laws dictating that general elections must end at 8 p.m. on a Tuesday. His legal petition also asserts Minnesota would violate federal election laws by failing to complete its election on time.

He's particularly alarmed that Judge Grewing's order allows absentee ballot envelopes without postmarks to be counted, barring a "preponderance of evidence" they were mailed after Election Day. Lucero said the postmark rule raises the specter that people could vote after Tuesday.

That provision allows for and creates a great deal of uncertainty and doubt about the integrity of the election system that Minnesotans expect and deserve," Lucero explained.

Lucero displayed a stack of mail items he has received recently with pre-paid postage that arrived without a postmark stamp on them.

Secretary Simon, who declined to comment on the pending litigation, said the 7-day grace period will ensure that people aren't disenfranchised simply because of mail-processing delays or delivery errors.  Other states have enacted similar rules in the face of the global coronavirus pandemic, to discourage long lines on Election Day.

GOP critics of the extended ballot-counting window assert Minnesotans currently have a 46 day window before statewide elections to vote early, either in person or through the mail.

RELATED: 2020 Voter Guide: What to know about Minnesota's elections

Throughout the summer postal workers unions and others sounded the alarm about mail-sorting equipment being removed prematurely from regional mail distribution centers.  Postmaster General Louis DeJoy came under fire for implementing new overtime restrictions that created delays in mail delivery.

Since then, DeJoy and the presidents of all of the major postal workers' unions have joined together in an online video pledging to do all they can to make sure ballots arrive at their destinations on time. They also urged voters to become familiar with their local election rules, because they vary from state to state.

In Minnesota, the AARP has produced a series of videos featuring retired Minnesota Supreme Court Justice Alan Page urging people to vote by mail if they're worried about long lines or the risk of contracting COVID-19.

In the Vote Safe 2020 video series, Page explains the importance of the vote as he fills out his absentee ballot at home and slips it into an envelope.

"The pandemic has revealed it is a matter of life and death how our government functions," Page tells the viewers. "Voting matters. Casting your ballot matters." 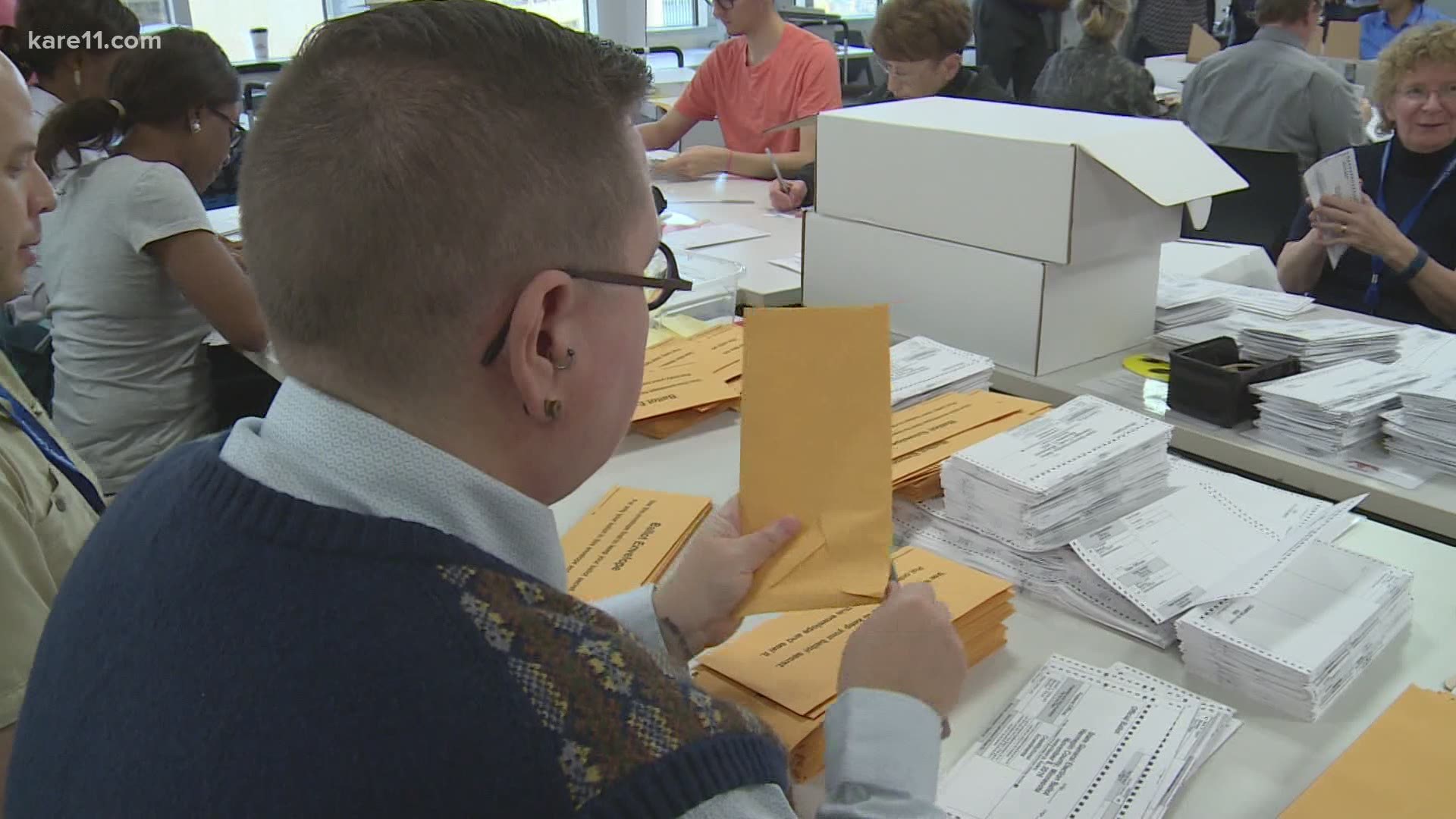