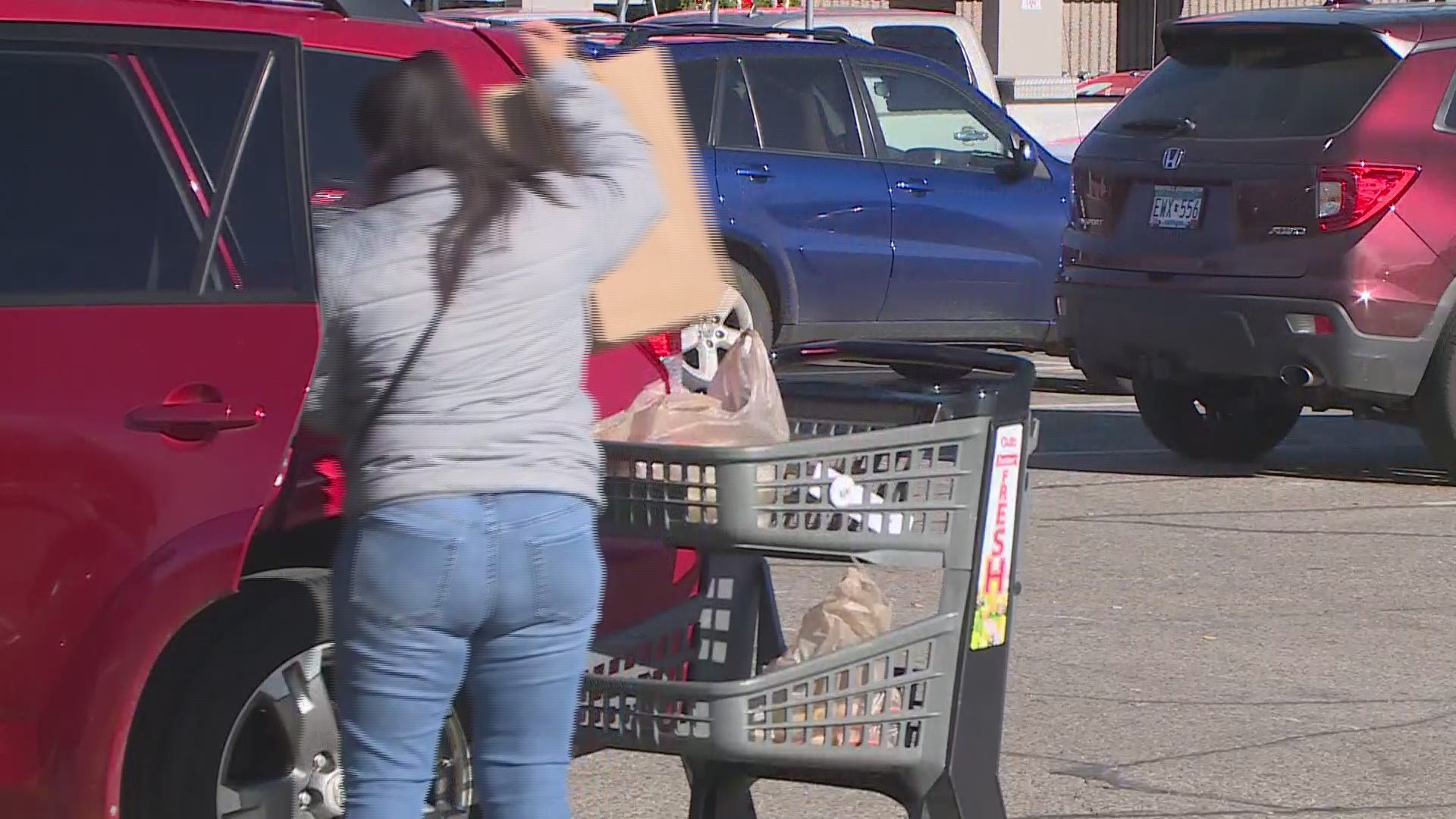 At a time when coronavirus infections and hospitalizations are surging across the the nation's midsection, those chief executives released a public service social media video urging residents to avoid large Thanksgiving gatherings and follow all precautions even in smaller celebrations.

All seven governors -- Walz, Evers, Gretchen Whitmer of Michigan, J.B. Pritzker of Illinois, Eric Holcomb of Indiana, Andy Beshear of Kentucky and Mike DeWine of Ohio -- repeated the "mask up" mantra as part of the video.

"Getting together with your family via Zoom to ensure your loved ones stay safe is the right thing to do," Gov. Beshear tells viewers.

And from Ohio's DeWine: "Wear a mask. Take it off when you eat or drink, then put it back on."

Five of those governors later took part in a Zoom press conference with reporters from midwestern states.

"This Thanksgiving is going to look different than others have before. And it's because it has to," Gov. Whitmer remarked, saying she'll do an online chat with her extended family rather than getting together with them.

"Everyone of us shares the same goals, saving lives and protecting our frontline workers."

The same group of governors has been holding conference calls since last spring to compare notes and learn about what strategies have worked in other states when it came to partial lockdowns, ramping up testing and procuring personal protective equipment for health professionals and other essential workers.

"This holiday season the best way you show those you love you care about them is to stay at home and stay away," Gov. Evers told reporters.

"It's the best way to take care of our health care heroes – those frontline essential workers. So, mask up, keep your distance."

All of those state leaders are closely monitoring hospital ICU capacity and shared a concern about finding enough healthy nurses and doctors to staff those wards. They agreed most of the healthcare workers who contract coronavirus get it outside of the workplace because they're exposed to people who aren't following basic precautions such as masking and social distancing.

"Now we can see some light at the end of tunnel," Gov. Pritzker said, referring to positive news on the vaccine front, but said it will be some time before that option is available on a widescale basis.

"The next few months will be crucial, and they may be very tough months."

Gov. Walz said even those who are highly critical of restrictions on public gatherings should feel motivated to survive the pandemic so they can vote against him and like-minded politicians.

"The best thing we can do together is wear the mask, social distance and buckle down for the next few weeks that are going to be challenging."

When asked if they'll impose any emergency travel bans for the holidays, all of the governors said that's not advisable or even enforceable on a state by state basis. But all five governors said they plan to spend Thanksgiving at home and have no personal travel planned in the month of December.