Minnesotans have the highest voter turnout rate in the nation in 2020, but DFL legislators say too many are still left on the sidelines of democracy. 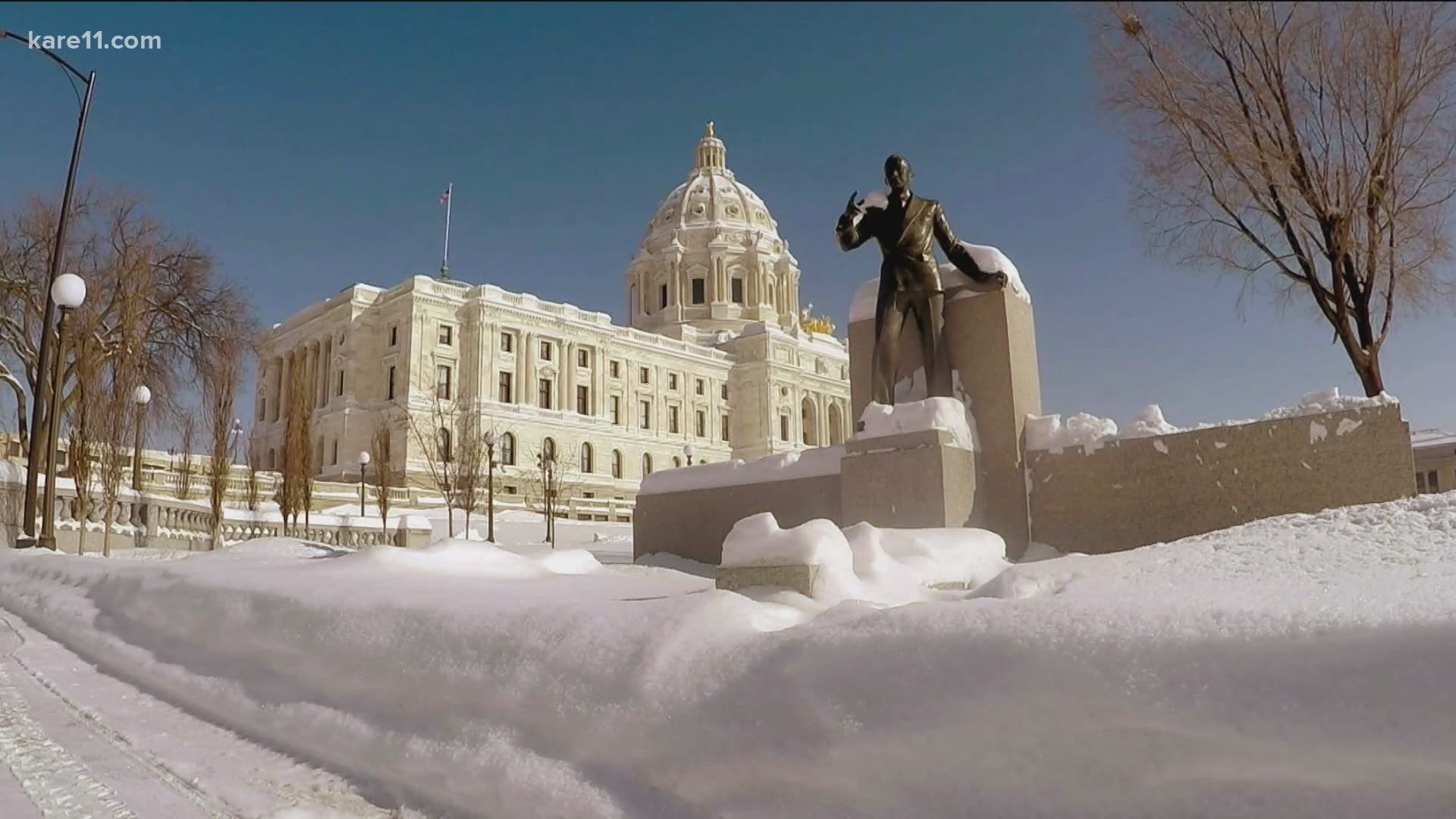 ST PAUL, Minn — Currently when you renew your Minnesota driver's license or get a new one, you have the option of checking a box that enables you to register to vote at the same time.

DFL lawmakers want to change that opt-in system to an opt-out one, so that you're automatically registered to vote when you get your license unless you ask not to join the voter rolls.

That's just one of the reforms House Democrats have proposed in the legislation known as House File 9. Automatic voter registration would also kick in for those who apply for Minnesota Care health coverage or any public assistance administered by the State of Minnesota.

"2020 made clear that we must act to defend and strengthen our democracy and that’s what’s this legislation does," Rep. Emma Greenman of Minneapolis told reporters Thursday.

"It acts to defend the rights of voters and the Minnesotans that make our elections work."

Rep. Greenman's bill would also allow 16-year-old and 17-year-old residents to pre-register to vote, and they've be automatically registered when they turn 18.

There's no doubt Minnesotan like to vote, and in 2020 they once again topped the nation in turnout.  But this legislation is aimed at those who still face barriers to participating in Democracy.

"If the record turnout of the last election has taught us anything, it’s that Americans are clamoring to claim their right to vote," Rep. Kristin Bahner, a Maple Grove Democrat, added.

"We need to embrace that night stifle it."

The election reforms package would also allow the State to send absentee ballots automatically to those who've signed up to be permanent absentee voters. People on that last currently can be sent ballot applications, but still must apply for a ballot.

House DFL legislators want to make voter registration automatic when you get a license or renew one. Currently it's an opt-in situation, but MN House File 9 would make it an opt-out proposition. So far 18 other states do it this way. pic.twitter.com/3nkkIF9QTX

The bill would require every county in Minnesota to provide at least one secure ballot drop box location for people voting absentee. Those became very popular in 2020 as people sought ways to make sure their ballots got to their destinations before Election Day.

It measure would also do away with the witness requirement for absentee ballots. Minnesota is one of 12 states in the nation that require a witness to sign the outer envelope, a rule that was temporarily waived via court order in 2020 due to the pandemic.

The same bill also would restoring voting rights to felony offenders who are no longer incarcerated. An estimated 50,000 Minnesotans of voting age currently can't vote because they're still serving probation in their communities.

"These are people living in a community, providing for their families, paying taxes and contributing to our state," Rep. Cedric Frazier of New Hope explained.

"They are people who have valuable insights on some of the most pressing issues throughout Minnesota, and yet because of a conviction in their past these same people are still denied the fundamental right to vote."

The Second Chance "felon voting" proposal has had bipartisan support in the House but has never gained traction in the GOP-controlled state senate.

The legislation also seeks shine some light on some of the so-called "dark money" that flows into Minnesota's elections. It would require more disclosure of large donors spending on independent groups that buy campaign advertising.

Those outside groups would be required to disclose their three largest donors, so voters have a better idea of what industries or individuals are trying to influence elections here.

House Speaker Melissa Hortman said she wouldn't be surprised if the bill encounters Republican opposition, but that shouldn't stop reform-minded legislators from tackling the issue.

"Our legislation will improve our democratic system, and ensure our democracy and government are responsive to the voices of all Minnesotans."