Minneapolis PD officers no longer allowed to wear uniform at political events, ahead of Trump rally

MINNEAPOLIS — When President Trump holds a Minneapolis rally next week, missing from the crowd will be uniformed police, since officers are now not allowed to wear their uniforms to support a politician.

“I don't want the MPD to be politicized,” said Minneapolis Police Chief Medaria Arradondo. “I did not want those in our communities to feel the MPD was showing any bias or favor towards a particular party or candidate.”

It's a change from a longtime policy, one reason Bob Kroll of the Minneapolis Police Federation says he's against it. Kroll says he believes the new rule is only because the president is Republican and disliked by many city leaders. He also says he questions why it came just a week before Trump's rally. 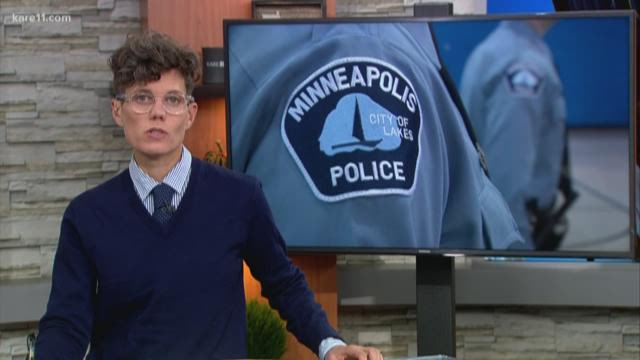 “We've always been allowed to wear our uniform,” said Kroll. “The timing of it is very conspicuous and then (there’s) the fact that they didn't go through the normal policy change process with this. It's changed and that's the end of it.”

But both the police chief and mayor say they've discussed the plan for a year, and that there are emails to prove it. One shows city attorney Susan Segal suggesting a review of the MPD's uniform policy back in March. And a special order outlining the change is detailed in an email dated September 24th, three days before the Trump campaign announced his rally.

“Bob Kroll knows exceedingly well that this has been a conversation for quite some time,” said Minneapolis Mayor Jacob Frey. “And if he says otherwise he's not telling the truth and he knows it.”

Meanwhile, Kroll says that instead of uniforms, any officers attending next week’s rally will be there off duty wearing t shirts showing their support for Trump.