Minnesota at the border: Alight makes Catholic connection in response to humanitarian crisis

Faced with the daunting challenge of responding to a humanitarian crisis in their own country, the Minnesota-based organization knew they needed a partner. 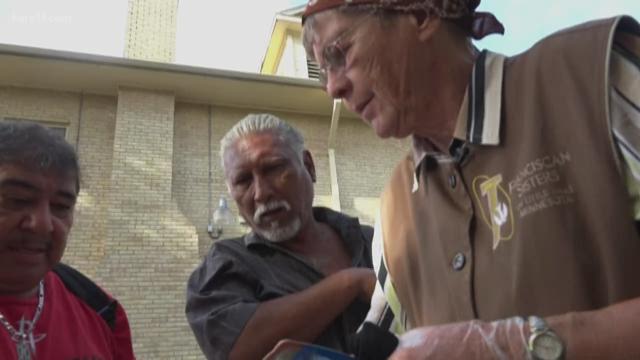 MCALLEN, Texas — A woman wearing a brown smock and matching brown handkerchief in her hair scurries around crowded tables filled with tacos and tamales.

She alternates between receiving hugs and handing out toiletries. She speaks softly but directly. And she turns the focus of every conversation onto others.

This is Sister Shirley. And this is a typical Tuesday morning for the Catholic nun from Little Falls, Minnesota, now running the Rayo de Luz organization in McAllen, Texas.  She serves as just one example of why the Minnesota-based Alight has made a critical Catholic connection.

The partnership between Catholic Sisters and Alight – formerly the American Refugee Committee – started a year and a half ago, when both sides saw the potential to broaden their collective impact.

They called it “The Color Movement,” because, according to Annie Nolte Henning with Alight: “Joy always comes in color.”

“We also know humanitarians when we see them. And what we’ve found in the last year and a half is there’s 700,000 Catholic Sisters worldwide, working in the trenches, not just living near the communities and working with them, but actually sharing their lives with them,” said Nolte-Henning, who leads The Color Movement along with her “partner in peace and mischief,” Sister Irene O’Neill of Sisters of St. Joseph of Carondelet and Consociates in St. Paul.

The connection couldn’t have come at a better time for Alight. Faced with the daunting challenge of responding to a humanitarian crisis in their own country, the Minnesota-based organization knew they needed a partner. And so they turned to the Catholic Sisters – a natural ally already on the ground.

“We don’t feel like we have to be the boots on the ground. But what we can do is lift up these sisters who are working on both sides of the border, in these border towns, who’ve been here for centuries,” Nolte-Henning said.

Sisters stepping up… as usual

For one week, KARE 11 joined the Alight team as they visited several nuns working along the southern border. The Alight team offered support to the Sisters and “lifted up” their work – with new supplies and information – to help those caught up in the crisis.

As leader of the Catholic Charities of the Rio Grande Valley, Sister Norma Pimentel is an eloquent, no-nonsense nun who oversees the Humanitarian Respite Center in McAllen, Texas. Each day, the center guides as many as 1,000 newly arrived migrants – those who’ve already spent time in a detention center upon their arrival – to their next step in the immigration process.

“They’ve gone through a journey that’s very difficult. They’ve not been able to take showers, to eat properly. They’ve been through a lot of suffering along the way. And by the time they arrive to our center, they’re in need of help. So what we do, we restore that dignity,” Sister Norma explained.

Sister Norma recognizes the need to resolve differences within the wider immigration debate. But she also believes in upholding the country’s basic values.

“As a country, we have a right to defend our borders, to know who enters our country, to keep our country safe. But at the same time, we must not neglect our responsibility to humanity,” she said.

Sister Zita of the Sisters of the Divine Providence has helped run La Posada Providencia in San Benito, Texas, since 1989. The shelter itself looks like a summer camp with dormitories, a one-room school where guests study English, and a general dining room. But it’s within this pastoral setting the staff has helped 10,000 people from 86 countries in the last 30 years.

“They can stay anywhere from a couple hours, to a couple months,” Sister Zita said about the dynamic community that also includes migrants who crossed the border illegally.

Sister Zita appreciates how some may find the steady demand overwhelming. But she chooses to see hope in the help they offer.

“I think it’s hopeful, because anyone who comes here, we help them sort of get on their feet. And we know that their journey is just about at an end,” Sister Zita said, before adding, “I feel inspired, because I think that these people who come will have a better life.”

On a dusty road in Reynosa, Mexico, you’ll find the Casa Migrante. Sister Catalina quietly escorts visitors through the building and its open courtyard, describing in Spanish the services they offer to those who need shelter.

This Catholic nun hears the familiar stories of extortion, robberies, kidnappings and worse from her migrant guests, many of whom have been deported and remain vulnerable to trafficking. And similar to others in the service sisterhood, Sister Catalina also believes in helping those looking for relief.

“It gives her hope that she can provide them a secure place and an opportunity for them and their families to seek out their dreams,” Sister Catalina said through an interpreter.

Which bring us back to the Sister from Little Falls. Sister Shirley moved to McAllen four years ago to help with the organization that serves the homeless. She connects with that community every day.

“We were working in the respite center, and then the homeless were coming to us at the doors and asking for food and clothes,” she recalled, adding, “We wanted to form a group that would reach out to the local people, too.”

And so Rayo de Luz – or “ray of light” in English – began. It became a spark that also led Sister Shirley to Alight.

“It’s not about debate, it’s about meeting human needs,” the Sister said, before adding, “We’re just trying to do what we can. We’re just focused on one ray of light.”

To learn more about how you can support Alight’s work on the southern border, click here.

And for more information about The Color Movement, click here. 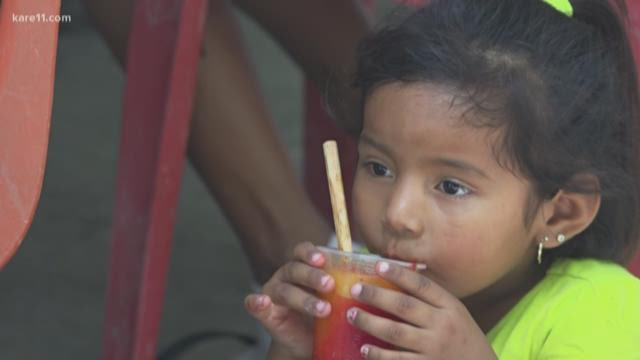