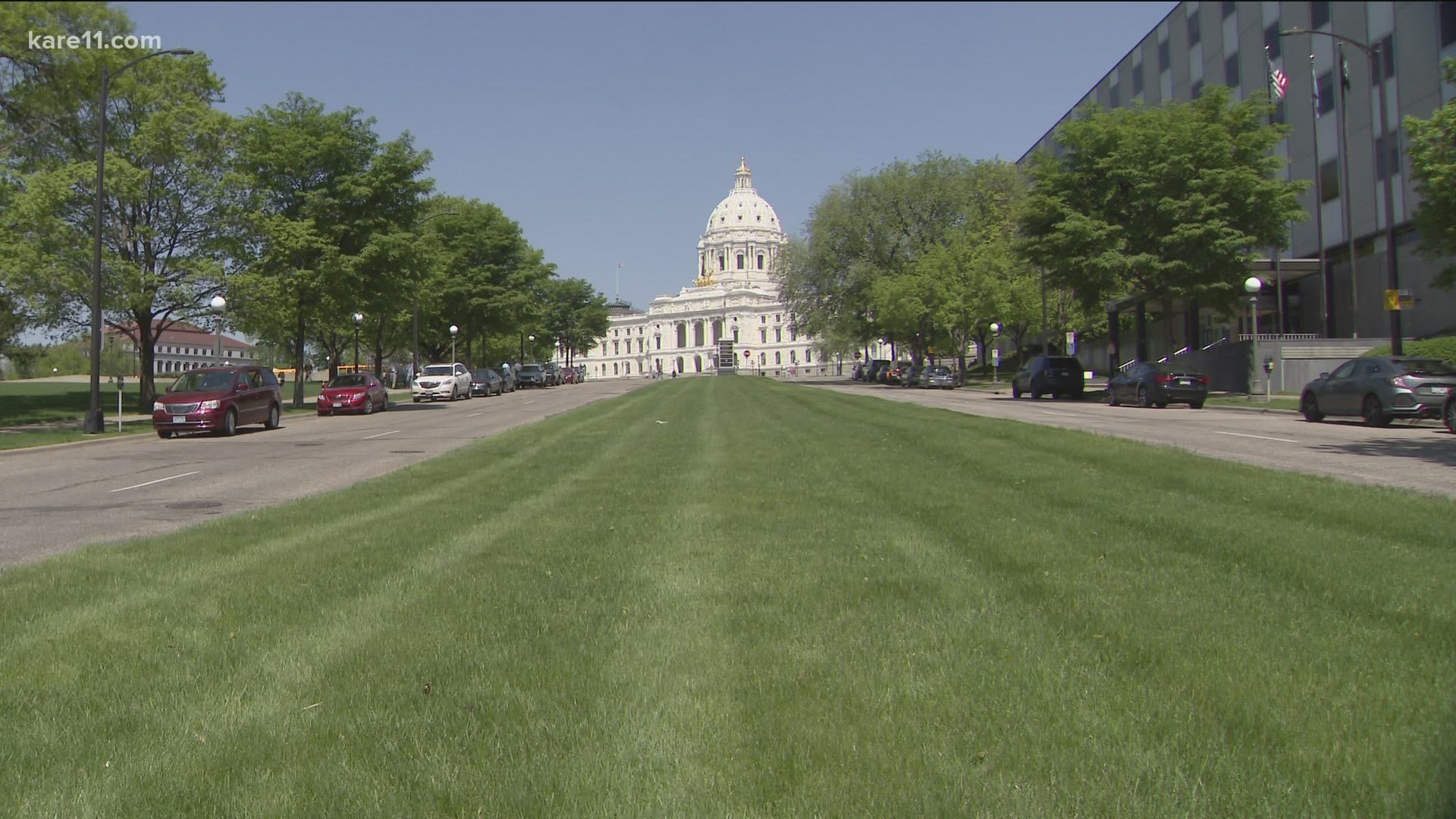 ST PAUL, Minn. — Governor Tim Walz says he and key legislative leaders have reached an agreement in principle on a bipartisan budget deal, but the last-minute nature of that agreement means a special session will likely still be in the cards.

KARE 11 political reporter John Croman describes the deal as "the blueprint for getting the budget passed without a state shutdown," which was a possibility before private talks between Walz, Republican Senate Majority Leader Paul Gazelka and Democratic House Speaker Melissa Hortman yielded the framework of a budget. It sets spending targets, but more than a dozen bills still have to be passed, probably in a June special session, before the budget plan is complete.

The budget agreement is for the fiscal year 2022-2023 budget. It will cover the two-year period beginning July 1, 2021 and ending June 30, 2023. Deadlines have been set for the working committee to wrap up exact dollar amounts by May 28, and final language by June 4. The total two-year budget is roughly $51 billion, a combination of state and one-time federal stimulus money.

At a news conference Monday with bipartisan leaders from the Minnesota Legislature, Walz told the public that the budget is focused on recovery from COVID-19.

"COVID and the battle against COVID isn't totally done, but we have moved into a new phase," Walz said. "But there's recovery to be done."

He praised the divided state legislature for coming to an agreement even though they "pushed it to the wire."

"Compromise is a virtue not a vice," he said.

Gov. Walz and legislative leaders will announce budget deal this morning at 11. Special Session will still be needed because it’s not logistically possible to button up all the bills and pass them through both chambers by midnight pic.twitter.com/NGTSEO7gk4

Lt. Gov. Peggy Flanagan said COVID-19 has hit everyone, but not equally.

"We must focus our attentions and investments on those who have been hit the hardest," she said. "Our schools and children, our small businesses, and our working families."

Senate Majority Leader Paul Gazelka said at times it seemed "impossible" to come to an agreement on the budget.

"It's never, ever easy when we have a divided government," he said.

He said while a budget agreement has been reached, the work is just beginning.

"Some of the policy issues we're still working on, related to emergency powers, related to police accountability," Gazelka said.

House Speaker Rep. Melissa Hortman said people often ask her why it always takes until the deadline to reach an agreement. She compared it to trying to drive the same cars that were used in 1973.

"The work that we have is far different than the work that was before the Minnesota Legislature when they set the 120-day session," she said.

Walz acknowledged that when lawmakers reach a bipartisan agreement, "It's your friends that critique you the hardest."

"The fact of the matter is this is fiscally responsible," he said.

He added that with input from both sides of the aisle, "A broader swath of Minnesotans are going to feel served by this budget."

RELATED: Why a divided Minnesota legislature needs an overtime session

Even with a budget agreement reached, it is not logistically possible for lawmakers to finish processing all of the bills, and pass them through both the House and Senate in time to meet Monday's session-closing midnight deadline.

Gazelka said since lawmakers know they'll need a special session, they'll likely end in the afternoon Monday instead of going to midnight.

There are many divisive issues still in the mix, like police reform, Voter ID and the recreational cannabis bill recently approved in a House vote.

Walz expressed faith that after reaching a budget agreement, lawmakers will be able to land on compromises for the other issues on the table.

"I think this is a pretty unusual thing in 2021," he said of the work that's been happening across the aisle. He added that he believes the legislature will continue the momentum: "Find compromise and get it done."

Unlike the federal government, Minnesota's state government can't borrow money to pay for operating expenses. Lawmakers must pass a budget that will limit spending to less than what the economic experts predict the state will collect in taxes during that two-year period.

Hortman called the budget agreement a "win-win," and Gazelka said it was important that they were able to come to a balanced budget that included tax relief.

"In the end I think it was a fair compromise," Gazelka said. "We all kept some of our key promises."