Democrats float the option of letting people buy their way into the public health care plan that was created for the working poor. 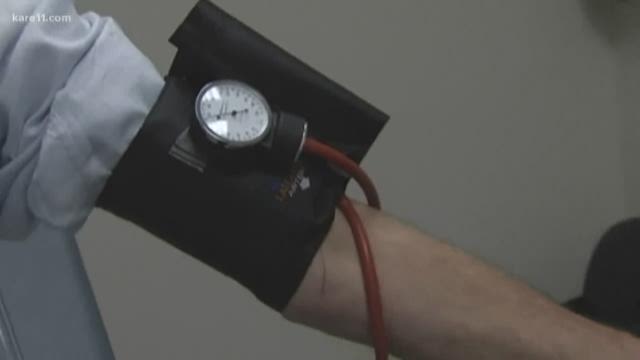 ST PAUL, Minn. — The new DFL majority in the Minnesota House put health care access at the top of their to-do list, specifically a plan known as the Minnesota Care buy-in.

It would allow people in underserved areas of the state to join Minnesota Care, a subsidized health coverage program that was designed for the working poor -- lower income families who earn too much to qualify for Medicaid.

People who buy into Minnesota Care would pay higher premiums than those who currently qualify, but it would still be more affordable than private insurance available on the individual market.

And, as the argument goes, those joining Minnesota Care would find larger networks of medical providers than they can get on the private plan. And the influx of new dollars, from premium payers, could bolster the bottom line for Minnesota Care.

Democrats say the need is especially acute in rural areas where insurance customers are often limited to just one choice in the individual, non-group market.

"Our Minnesota Care buy-in option will provide a better opportunity to Minnesotans who buy their insurance in the individual market to have a product that covers more and costs less."

House Majority Leader Ryan Winkler said the Republican-controlled Senate would probably support the bill if it ever made it to the floor for a vote.

The individual insurance market took major hits after the passage of the Affordable Care Act for many reasons, including protections for people with pre-existing conditions, a ban on benefit caps and minimum coverage requirements.

Insurance companies, which operate as nonprofit entities in Minnesota's health market, said they were actually losing money due to an unexpected surge in claims. They responded by raising premiums year after year, or simply leaving the market altogether.

In 2017 the Legislature set aside money to help people were rocked by high premiums, but also made too much money to qualify for discounts on private plans available through the MNsure health exchange.

Lawmakers devoted $310 million to the plan, which provided 25 percent discounts. Roughly $100 million of that went unused.

They also passed a "reinsurance" bill, essentially sending a chunk of the budget surplus -- $540 million -- directly to insurers as an inducement to companies to lower rates in the individual, non-group market.

Rates did fall or even out in some cases, but it was considered a temporary solution.

"I think there’s some recognition that is not sustainable."

Another major rap against the buy-in and single-payer plans in general is that public health plans traditionally don't reimburse hospitals and doctors as much as private insurance plans. Some providers worry the expansion of Minnesota Care would make it even harder to stay in business.

Liebling said that's because HMO's hired by the state to run those public plans typically set low reimbursement rates.  The buy-in plan, by contrast, envisions the state contracting directly with providers to set those payments.

"We'd be able to adjust rates so we can ensure we keep hospitals and other kinds of providers available in places in the state where we absolutely need them."

Gov. Walz favors the plan, and said it received a good response on the campaign trail. But Republicans at the State Capitol remain adamantly opposed to expanding government role in health coverage.

Congress hasn't been able to resolve the health care crisis on the national level. The ACA has survived most court challenges, but another one is pending.

Another looming issue is that the Medical Provider Tax in Minnesota, which helps pay for Minnesota Care, is due to sunset by the end of the year.

Democrats want to see that tax extended. Republicans want to tax to go away forever, referring to it as "tax on being sick" because providers pass the added cost on to patients.