Minnesota county asked to be a 'Second Amendment sanctuary'

The lawmakers made the request in a letter sent to Sherburne County commissioners on Monday. 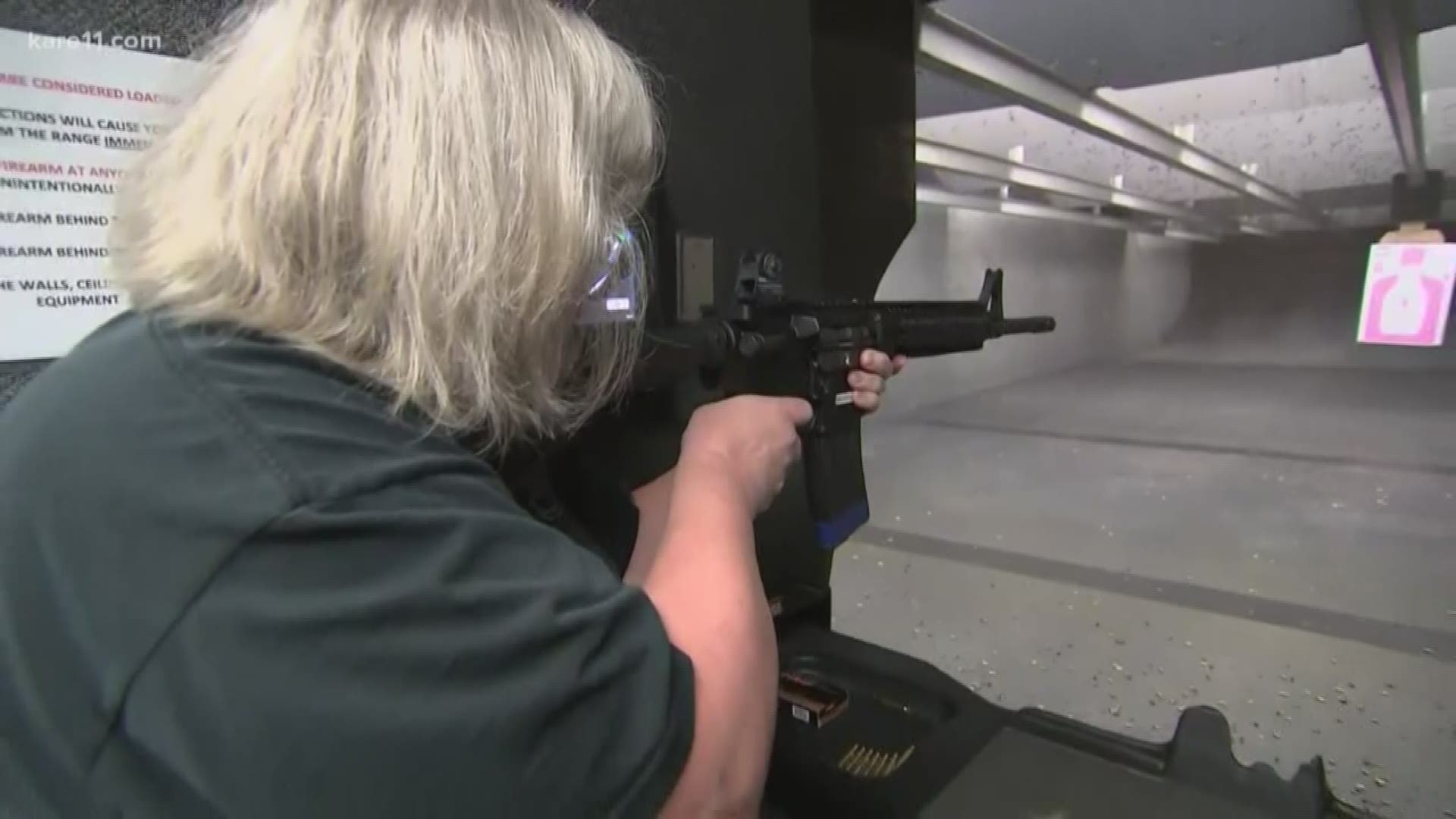 COLLEGEVILLE, Minn. — Some Minnesota state lawmakers have asked a county to declare itself a “Second Amendment sanctuary" to block enforcement of proposed gun laws that they believe would violate the U.S. Constitution.

The lawmakers made the request in a letter sent to Sherburne County commissioners on Monday, Minnesota Public Radio News reported. If the commission complies, Sherburne, which is northwest of Minneapolis, would be the first Minnesota county to make such a declaration.

“Anti-Second Amendment legislation is making headlines in our nation. With this backdrop, we respectfully urge the Sherburne County Board of Commissioners to adopt language that would make its jurisdiction a Second Amendment sanctuary county,” reads the letter, which is signed by Republican state Sen. Andrew Mathews and House Minority Leader Kurt Daudt, among others.

The request comes as the Legislature next month is expected to again take up proposals from Democrats for new gun restrictions, including expanded background checks for gun purchases and a red flag law that would allow courts to temporarily remove guns from people found to be a risk to themselves or others.

Republican legislators have responded with their own pro-gun proposals, including changing state law to allow people to carry guns without a permit. Minnesota has a divided legislature, so none of the proposals would seem to have much chance of passage.

State Rep. Shane Mekeland, who was among the lawmakers who signed the letter, said he thinks it's a “God-given constitutional right to bear arms and defend yourself.”

"The message that I’m trying to drive is that just because one person doesn’t like it, doesn’t mean you just get to undo the Constitution,” he told MPR News.

Even if the county commission does pass such a resolution, it's unclear how it might be enforced or what effect it might have.

Republican Senate Majority Leader Paul Gazelka has vowed that he will not allow universal background checks or red flag protection orders to become law.  So, here's nothing on the books for Sherburne County to rebel against at this point.

But Mekeland said people in his district are still worried about those bills becoming law in the future.

"The local people are really, genuinely concerned. What if? What if this, what if that?"

The sanctuary resolution is “pretty much a moot point,” because state and federal firearms laws would be enforced anyway, Democratic Gov. Tim Walz said to reporters Tuesday.

“I think it’s just another step in that battle against common sense, just reasonable safety precautions that we put in place,” Walz said.

The idea is inspired by so-called sanctuary cities that limit their cooperation with aspects of federal immigration enforcement.

Christine Castillo is a volunteer for the Minnesota chapter of Moms Demand Action for Gun Sense in America, which lobbies for stricter gun laws. She called the sanctuary county designation a “meaningless measure.”

“The majority of Minnesota voters and our governor have already shared that they are gun sense advocates and that they are in favor of universal background checks and red flag laws,” Castillo said. She added that if the Legislature passes those measures, counties wouldn’t be able to defy state law.

Mekeland says he personally opposes the red flags protection order idea, because he fears it would be used by people with personal vendettas to make up false stories about their enemies, so that police will remove their guns.

"Anybody, for any reason -- it could be a simple as political divisiveness, if they don’t like your politics -- all they have to do is report you and say you’re in a relationship. How do you prove you’re not?"

The authors of the bills point out red flag orders would be issued by a judge, after review by law enforcement officers.