Thursday night the House passed the bill 72-61, but it's expected to stall in the Senate. 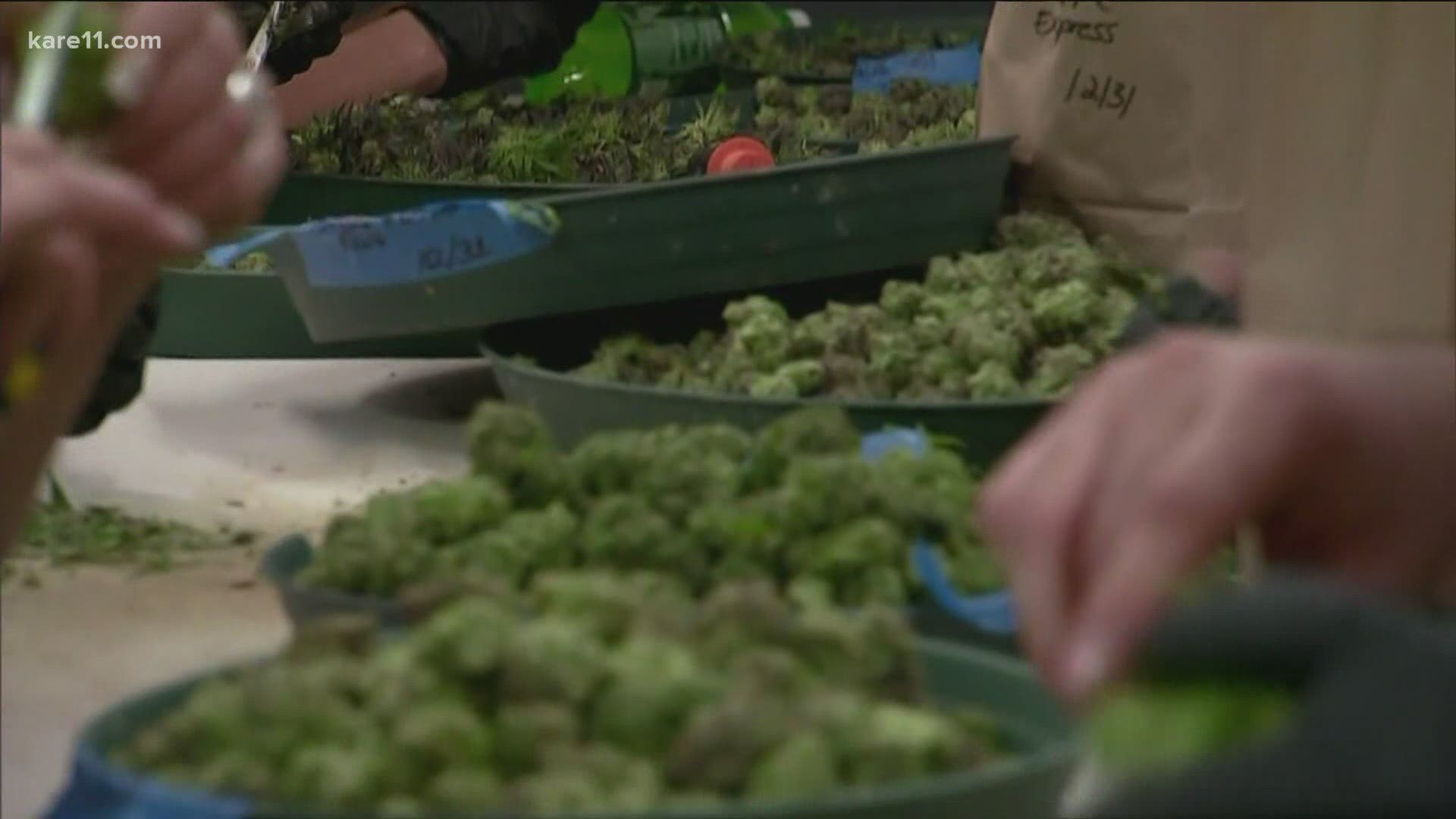 SAINT PAUL, Minn. — In a Thursday night vote, the Minnesota House approved a bill that would legalize recreational cannabis use for adults over 21, while expunging the records of those charged with non-violent offenses related to cannabis.

Legislators voted 72-61 in favor of the bill.

“The war on drugs is a failed policy," said Rep. Ryan Winkler, the bill’s author and House Majority Leader. "The harms caused by current cannabis laws cannot be allowed to continue. Minnesota’s illegal cannabis market creates bad outcomes for everyone. Responsible regulations and safeguards to prevent youth access are a better solution to address the harms our current laws fail to address.”

"It is not a pot bill," Winkler also said. "It is not any of the reefer madness bill language that we've been hearing. This is a bill about making a rational choice about how to address a substance that has some harms, but can be responsibly used by people making adult decisions."

The bill now moves on to the Senate. If it was passed there, it could be signed into law as early as this year. But Senate GOP leadership has been vocal about not giving any floor time to HF 600, saying the bill is not a priority in Minnesota.

GOP critics of the House cannabis bill assert lawmakers are wasting time voting on this since it has no chance of becoming law. DFL supporters say the calendar was open tonight because there’s no deal yet on overall budget targets and policy conflicts.. pic.twitter.com/gsyqlWzTuA

In a statement released by Republican Senate Majority Leader Paul Gazelka earlier this week, he said in part:

“I am open to looking at additional medicinal uses and a conversation around drug sentencing. My main concerns are the unintended consequences of recreational pot, similar to the concerns we all have about tobacco, drinking, or prescription drug abuse. Just because it’s legal doesn’t mean there aren’t consequences. We’re just starting to learn about legalization’s adverse effects in other states like Colorado and Washington. There is no reason to rush this in Minnesota without learning more.”

Rep. Tony Jurgens added his own concerns to Gazelka's misgivings, saying "Here we are just a few days until the end of session. Democrats haven't passed any budget  bills. We've got $4 billion at our disposal, but they refuse to drop their billions in tax hikes. And with just days left in session we're spending time passing a marijuana bill that has no chance of becoming law."

The adult-use cannabis bill would create a regulated structure for adults over the age of 21 to purchase products from licensed retailers, and expunge many cannabis-related convictions statewide. HF 600 would also provide funding for public health awareness and prevention of underage use and substance abuse treatment, while making grants, loans and training available for small businesses to sell product to consumers.

As of Nov. 4, 2020, 16 states have approved measures to regulate cannabis for adult-use, including Arizona, Montana, New Jersey, and South Dakota.