The DFL-controlled House passed a package of officer accountability measures, with George Floyd and Daunte Wright in mind. GOP-led Senate offers to study the issue. 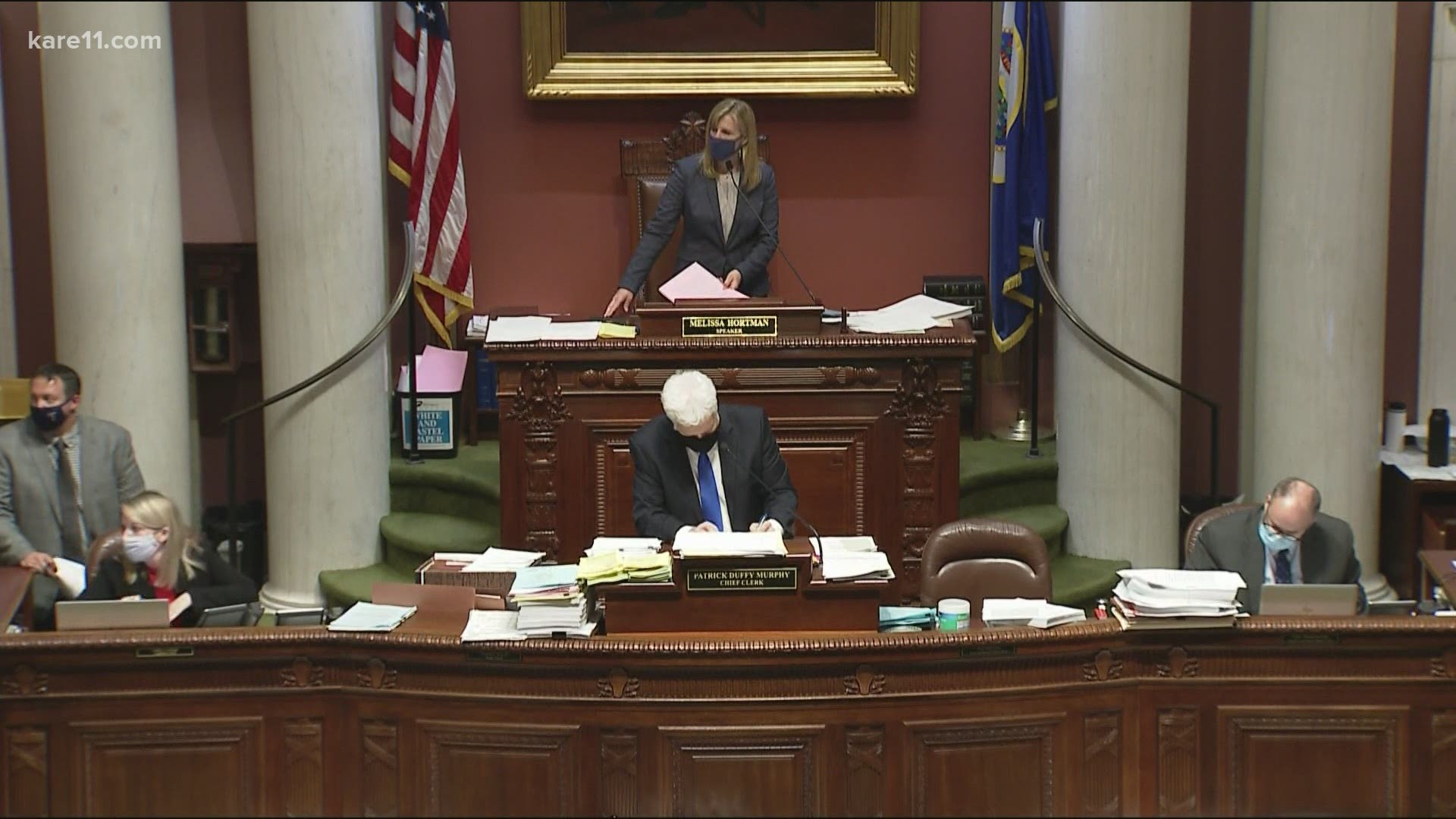 "We should have strong support for legislation that says 'If you're Black, you should be safe.' And that hasn't been the case in Minnesota," Rep. Mariani asserted.

The DFL-controlled body began to hold hearings on those bills when the 2021 session began in January. The GOP-controlled Senate didn't hear any of the Senate companion bills, and Republican leaders only recently offered to hold fact-finding hearings in the final weeks of session.

The reforms are designed to root out officers that have a track record of brutality complaints, and to prevent the types of situations where stops for minor violations or property crimes escalate into police killing an unarmed person.

"This is a moment where we have to act," Rep. Cedrick Frazier, a New Hope Democrat, explained to reporters Wednesday.

"We cannot continue to have groups defending the status quo. The status quo has done nothing but seen a series of Black men lose their lives at the hands of law enforcement."

The reforms began as stand-alone bills but were merged into a larger Omnibus Public Safety and Judiciary Bill, which was debated Wednesday night. Some of the key provisions include:

"One of my biggest frustrations is working with a Senate that doesn't even spend time talking about these issues," Rep. Carlos Mariani, the St. Paul Democrat who heads the House Public Safety Committee, remarked.

He said the world watched the Chauvin trial because of the larger accountability issue the case represented.

"We understand that trial was not just limited to something that was limited to one person's behavior. It was part of a systemic culture that allowed that individual to act with impunity for many, many years."

Republican Senate Majority Leader Paul Gazelka, who controls which controversial issues receive hearings, has said he doesn't want to do anything that will send the wrong message to law enforcement or be overturned by the courts.

He recently said he would allow fact-finding hearings on police reforms during the final month of the session but hasn't yet committed to bringing the issues up for votes in the Senate. Sen. Gazelka has cited the fact that the legislature is required by the state constitution to pass a balanced budget before they adjourn May 17.

"I still am not saying we will definitely do more police accountability this next four weeks," Gazelka told colleagues Wednesday during a Senate floor session.

"There may be something. I am not saying we will not. I just know we have to pass the budget bills. Watching yesterday's verdict, I don't think anyone can say that justice wasn't served. So we have a process that works."

Gazelka also pointed to the police reform bills passed in July 2020 in the aftermath of George Floyd's death, which included:

Democrats have called that July package a start, and say they thought there was bipartisan agreement that lawmakers would pursue deeper reforms this year.

After the conviction of Derek Chauvin Tuesday, Gov. Walz applauded prosecutors, jurors and witnesses for the roles they played in the historic murder and manslaughter verdict. But he urged lawmakers to continue their work to prevent more tragic deadly law enforcement encounters.

"True justice for George Floyd will come through real systemic change, to prevent this from ever happening again," Gov. Walz told Minnesotans and a national audience.

"The traffic death last week of Daunte Wright showed the world once again how much work we have to do."

Rep. Rena Moran to reporters: Systemic racism is real. It’s the foundation of how things work in America. Systemic racism is embedded in policing. People from privileged populations haven’t always been able to see that. pic.twitter.com/uHexZJZus7

One new reform that's found in both the House and Senate public safety bills is known as "Matthew's Law" -- a bill instructing the POST Board to develop a model statewide policy that protects the rights of confidential informants hired by police agencies to help with undercover drug busts.

Matthew's Law is based on the case of a former opioid addict who died of a heroin overdose while working for the Rochester Police Dept. doing undercover drug purchases.