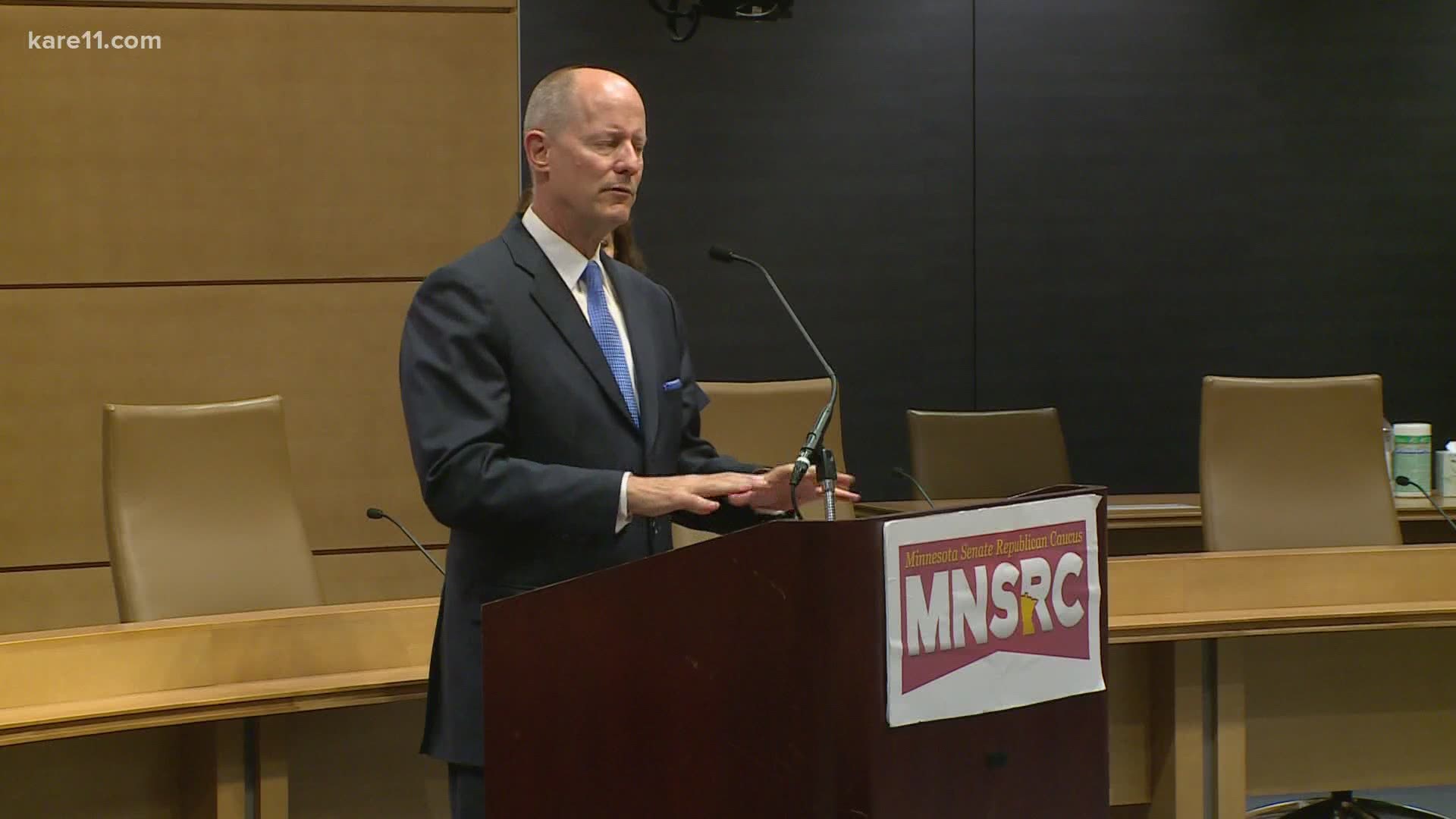 ST PAUL, Minn. — Legislative leaders have agreed on most details of a public construction package and tax bill, the Minnesota Senate's top Republican and the top House Democrat said Monday, while discussions continued on an elusive compromise on police accountability in response to the death of George Floyd.

While both sides reported making progress on policing since last month’s special session ended in partisan acrimony, it remained unclear whether they’re close enough to bridge their differences during the new special session. Senate Majority Leader Paul Gazelka, of East Gull Lake, said lawmakers should focus on less controversial policing changes that can pass both chambers of the divided Legislature.

“The tough part is getting the details and the language, but it does feel like there’s been progress there,” Gazelka said at a news conference. He specifically cited a ban on choke holds and giving officers the duty to intervene when they see a fellow officer using excessive force as issues where they’re close.

Neither Gazelka nor House Speaker Melissa Hortman, of Brooklyn Park, would give details about how they might resolve thornier policing issues. But Hortman said two Democratic proposals dropped due to GOP objections last month — putting the attorney general in charge of prosecuting officers in fatal encounters and restoring voting rights for felons — remain off the table.

At a separate news conference, Hortman said it helps that more time has passed since Floyd’s death in Minneapolis police custody on Memorial Day, and the protests and destruction that followed. But she said Floyd’s death made it clear that small changes aren’t enough.

“George Floyd was murdered here, in the state of Minnesota, by a Minneapolis police officer,” Hortman said. “This is our problem. We have to address it. ... There is a genuine desire on the part of everyone to get there. The question is, will the reform and accountability that Republicans are willing to live with be good enough for Democrats?” 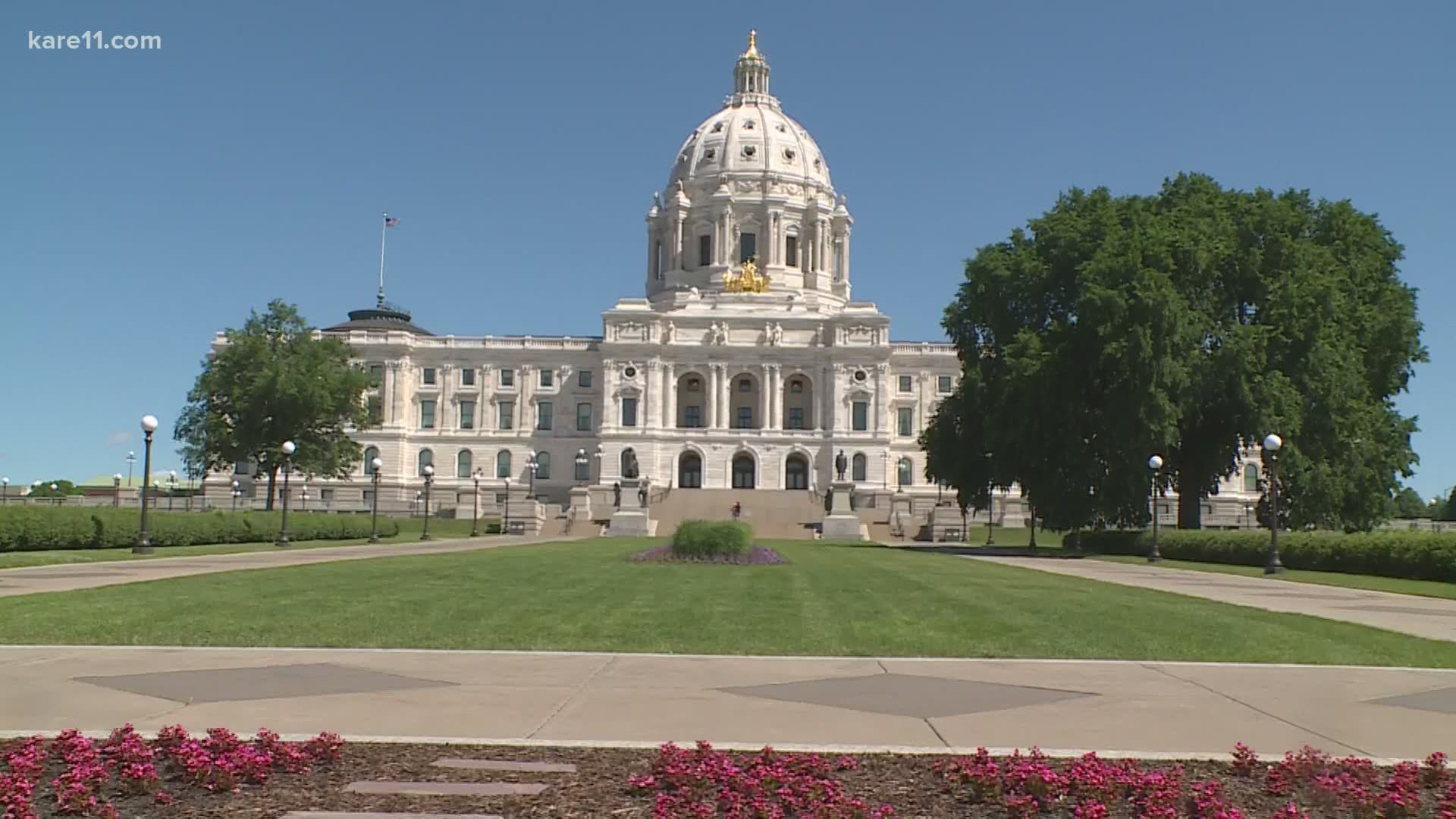 The most immediate chance for progress in this special session appeared to be on a public construction package, known as a bonding bill, that the leaders are hoping to have ready for passage next Monday. To get the required GOP votes, Hortman said it would include a sweetener that Republicans have long sought: a provision to conform the state's tax code with a federal business tax break for new equipment purchases. The change would benefit farmers, as well as small businesses in the Twin Cities rebuilding from the unrest over Floyd's death.

The combination bonding-and-tax bill must pass the House first, according to the state constitution, and it must pass each chamber with a three-fifths majority, which will require some bipartisan support in each chamber. The package would include $1.35 billion in projects funded by “general obligation” bonds that get repaid from the state's general fund, as well as $447 million in projects from bonds that get repaid from other revenue streams, and $38 million in cash.

The leaders did not say which projects will make the final cut. But Hortman said they'll include roads and bridges, housing, landfills, and public television and electric vehicle charging infrastructure. And she said $30 million will be earmarked for projects that promote equity.

However, an afternoon tweet by House Republican leader Kurt Daudt suggested the bonding bill was not a done deal.

Just to be clear, there is no agreement on a bonding bill. Our caucus supports a bill and we look forward to negotiating one. https://t.co/drj5MuGvJt

Senate Republicans opened the special session with a 36-31 vote to rescind Democratic Gov. Tim Walz’s special powers to respond to the coronavirus pandemic. Hortman said her caucus would block GOP efforts to lift his powers, just as it did last month.

Republican-controlled Minnesota Senate votes to terminate Gov. Walz’s peacetime emergency powers. DFL-controlled House will not concur, so the governor will maintain this emergency authority for at least another 30 days pic.twitter.com/beKbNLnThL