While lawmakers agree on the danger presented by Gen. Qassem Soleimani, they disagree on what comes next.

Credit: AP
In this June 30, 2018 photo, released by an official website of the office of the Iranian supreme leader, Gen. Qassem Soleimani, center, who heads the elite Quds Force of Iran's Revolutionary Guard attends a graduation ceremony of a group of the guard's officers in Tehran, Iran. Soleimani said Thursday his forces are ready if President Donald Trump follows through on his warning that Iran will "suffer consequences" if Tehran threatens the United States. (Office of the Iranian Supreme Leader via AP)
Author: Jeremiah Jacobsen
Published: 12:07 PM CST January 3, 2020

Minnesota's elected lawmakers are reacting to the U.S. killing of Gen. Qassem Soleimani, the head of Iran's elite Quds Force.

Lawmakers of both parties appear to agree in their assessment that Soleimani was a threat to the U.S., and bore responsibility for attacks on American forces; however, lawmakers mostly diverge along party lines when it comes to the decision to kill Soleimani at this time, and what should happen next.

Here are statements released by Minnesota's U.S. Senators and members of Congress in the wake of the general's death.

"Qassem Soleimani was responsible for directing Iran's destabilizing actions in Iraq, Syria, and throughout the Middle East, including attacks on U.S. forces. But the timing, manner, and potential consequences of the Administration's actions raise serious questions and concerns about an escalating conflict. Our immediate focus needs to be on ensuring all necessary security measures are taken to protect U.S. military and diplomatic personnel in Iraq and throughout the region. The Administration needs to fully consult with Congress on its decision-making, response plans, and strategy for preventing a wider conflict." 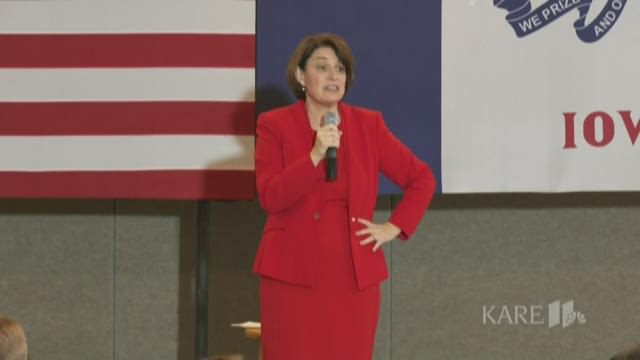 "Soleimani was responsible for the deaths of hundreds of Americans. The question isn't whether he deserved to be targeted. The question is whether eliminating him makes us safer and if the Trump Administration has fully considered the serious consequences of this operation. I’m gravely concerned that the administration doesn’t have a long-term strategy to stop further escalation. They should be consulting with Congress on something of this consequence and as far as we know, that didn’t happen here. Let’s be clear: this is a very dangerous time and my chief concern right now is for the safety of Americans in Iraq, the Middle East, and around the world.  We need to get a full understanding of what happened and Congress will need to be fully engaged on how we move forward."

“America and the world are safer with the elimination of Qassem Soleimani. Soleimani was a known terrorist whose very existence was a threat to U.S. troops and Syrian civilians. I applaud President Trump for his decisiveness and for demonstrating that no attack on Americans will be tolerated, and I thank our courageous military members who carried out this mission swiftly and effectively.”

2nd district Democratic Rep. Angie Craig released a statement on Twitter on Friday morning: "Soleimani was an evil man, responsible for the deaths of thousands. But last night’s pre-emptive airstrike on Soleimani has significantly escalated the tensions with Iran, putting the safety of American servicemembers, diplomats and others at risk. Any further acts of aggression against Iran require a new AUMF from Congress. It is imperative that we work with our allies to deescalate the situation – our highest priority must be avoiding another costly war in the Middle East that will cost American lives."

3rd district Democrat Dean Phillips responded on Twitter on Friday morning, sharing a thread by a POLITCO reporter and urging a cautious approach, "I met with military leaders in Kuwait, Bahrain & Qatar last week, and while our men & women in uniform are ready for any mission, this is a time to channel T.R. and speak softly while carrying a big stick."

“President Trump’s decision to assassinate Iranian Maj. Gen. Qassim Suleimani inside Iraq will have severely negative consequences on U.S. interests around the world and puts a target on every American – military and civilian – in the region. Further, it strengthens the Iranian regime’s domestic hold on power, and empowers Iranian-backed elements in Iraq to create more chaos. Americans now know that 17 years of war in Iraq was based on a manufactured lie touted as ‘credible intelligence,’ and I fear that President Trump is creating his own rationale for war with Iran," McCollum said in a statement.

5th district Democratic Rep. Ilhan Omar posted a response to a tweet by Connecticut Democratic Sen. Chris Murphy on Thursday night, speculating about the potential for war with Iran, in which Omar said, "Real question is, will those with congressional authority step in and stop him? I know I will."

On Friday, Omar urged followers to sign a petition for "No War With Iran."

6th district Republican Congressman Tom Emmer retweeted President Trump's image of the American flag, which the president posted around the time that Soleimani's killing was announced.

"Qassem Soleimani was a leading sponsor of terrorism, responsible for the deaths of hundreds of thousands, including hundreds of patriotic American service members. The President’s decisive action has brought Soleimani to justice & our world is safer without this deadly terrorist. We as a country are grateful to the heroic men and women in uniform who helped carry out this critical mission. As we head into the new year, our nation and allies must stand unified and resolute in the fight against terrorism. Freedom must always triumph over terror."

This is a developing story and will be updated as lawmakers release their public statements.