Senators and Representatives from Minnesota and Wisconsin posted their reactions to social media. 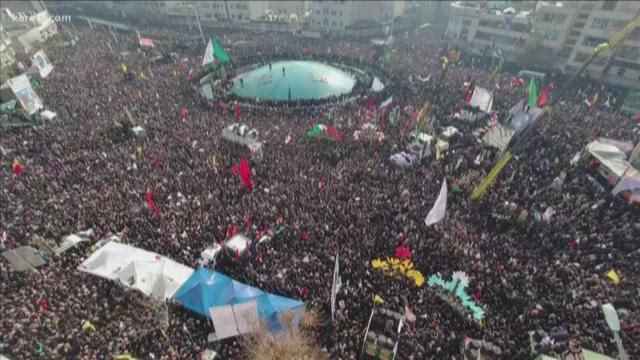 Lawmakers from both parties have begun issuing statements and responses on social media after the Pentagon confirmed that missiles were launched from Iran, targeting airbases in Iraq where American troops are stationed.

Minnesota's senior senator and Democratic presidential candidate Amy Klobuchar posted a short statement to Twitter: "Closely monitoring what is happening in Iraq. We must do all we can to protect our servicemembers and Americans at risk."

"Closely following what’s happening in Iraq. I’m thinking of our servicemembers, their families, and our allies, as I’m sure many Americans are doing right now," Smith wrote on Twitter.

Wisconsin Republican Senator Ron Johnson posted his prayers that there would be no casualties.

"For everyone’s sake, I pray there are no casualties and that #Iran does not continue its escalation," Johnson wrote on Twitter.

Minnesota Democat Ilhan Omar also added words of prayer, and a call for peace in a pair of tweets on Tuesday evening.

"Let’s keep U.S. personnel in our prayers, who are in harm’s way in Iraq!" Omar wrote. "War doesn’t have a reset button, I learned this lesson at the age of Eight. Lives will be lost, many innocent lives will be lost and the future of generations will be impacted. Let’s call for peace."

Representative Pete Stauber of Minnesota's 8th Congressional District also offered a prayer of support, and a personal connection to those who have to endure having a loved one serving across the globe.

"As a husband whose wife served overseas, my prayers tonight are with our men and women station across the globe, and their families...," Stauber said.

RELATED: US Army says fake text messages about a military draft are being sent around