House Democrats and Senate Republicans couldn’t agree on a host of legislation including police reform and a federal COVID-19 aid package. 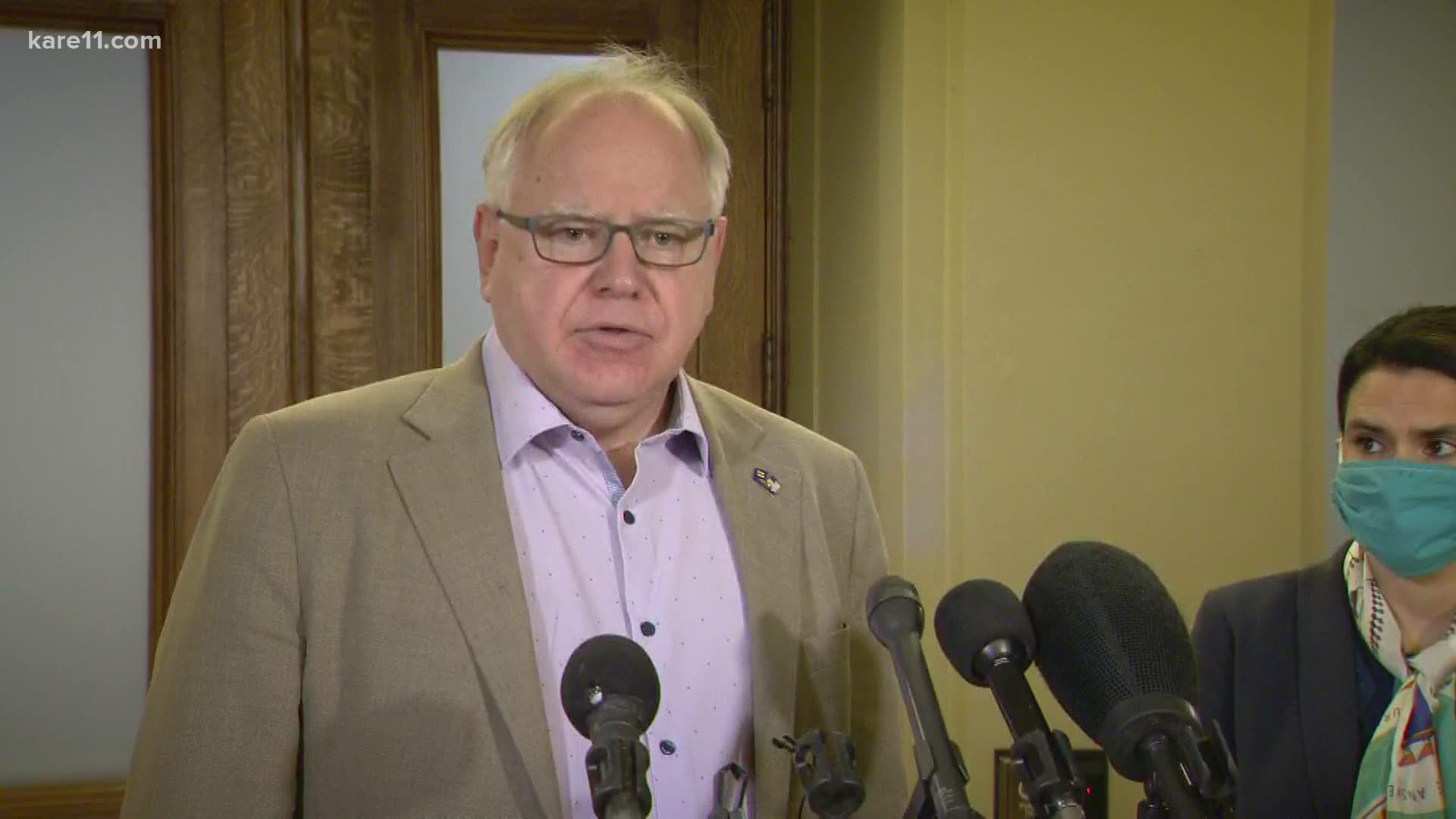 ST PAUL, Minn — The special session of the Minnesota legislature came to an end early Saturday morning, with state lawmakers failing to come to agreements on major pieces of legislation.

House Democrats and Senate Republicans couldn’t agree on a host of legislation including police reform, a federal COVID-19 aid package, and a bonding bill.

"Obviously we are disappointed," Governor Walz said in an afternoon press briefing Saturday. "This is an embarrassment for Minnesota."

Gov. Walz says there is no decision yet on whether to call lawmakers back, citing a concern that if he did call them back, legislators would again fail to get their work done.

KARE 11 reached out to Senate Majority Leader Paul Gazelka's office Saturday for comment on the Governor's claim, but as of this publication, has yet to hear back.

Another particular sticking point for the governor was what he called the lost opportunity around passing bonding legislation for Minnesota's ailing infrastructure, which he called "unacceptable."

"The Lt. Gov. and I spent many days, dozens of trips to armories in Moorhead and Fergus Falls, to water treatment plants across the state, to the University of Minnesota Child Development Center – the number one place in the country – but a building dated from the 1950s ... We had comments from thousands of Minnesotans. We went down in the sewers of Minneapolis to see what those pipes looked like … the senate has nothing this week. No bill. No anything. No debate."

Pivoting back to police reform, Walz cited a text he had received from a local family of an individual who was killed in a police shooting. "It's a primal scream for justice. Just do something. Just do the work."

"The people of Minnesota should be deeply disappointed. This is a failure to move things. It's a failure to engage," the Governor said - sentiments echoed by the Lt. Gov. by his side.

Referencing the success of Colorado's legislature to enact many of the same proposals she said, "I guess I expected that Minnesota, under the spotlight of the entire nation, would do the same.  We have an opportunity to finish this work … but I'm tired and angry and am disappointed." She went on to add, "Some people say that special legislative sessions aren’t so special, because they happen at the end of every legislative session, but this one was truly supposed to be the session where we heard from people of color and indigenous folks ... who are crying out for reform, and those calls went unanswered by the Minnesota Senate."

The lead Senate Republican, Senate Majority Leader Paul Gazelka, expressed his own dismay, saying, “I’m frustrated this morning because I thought we were actually going to do some things together. We had the opportunity to do good things for the state with the federal COVID funds, pass a bonding bill, and reform police accountability. I actually thought we could get something done, but the behind the scenes arm-twisting from the Governor has ended any hope of working together right now.”

Police reform and accountability were among the spotlighted issues. Senator Gazelka said his team offered to add changes in arbitration rules, on top of police reforms the Senate had passed earlier in the week.

The initial DFL reaction was that the Senate's last-minute offer didn't go far enough and left many other significant reforms off the table including automatically giving the Attorney General's Office primary jurisdiction in officer-involved homicides.

“The Minnesota House DFL is ready and willing to continue working to find agreement with Senate Republicans and the Governor on policing reform and accountability, addressing COVID-19 and its economic impacts, bonding, taxes, and much more,” said Minnesota House Speaker Melissa Hortman. “This moment in history calls upon us to deliver transformative policy to further racial justice. There is nothing more pressing than the need to change law and policy so that it values and protects the lives of Black, Indigenous, and people of color in Minnesota.”

The House and the Senate adjourned with no specific date to return.