Minnesota Legislature to return to Capitol Monday for special session

Minnesota's divided legislature will be meeting to finalize a two-year, $52 billion budget before July 1 to avert a government shutdown. 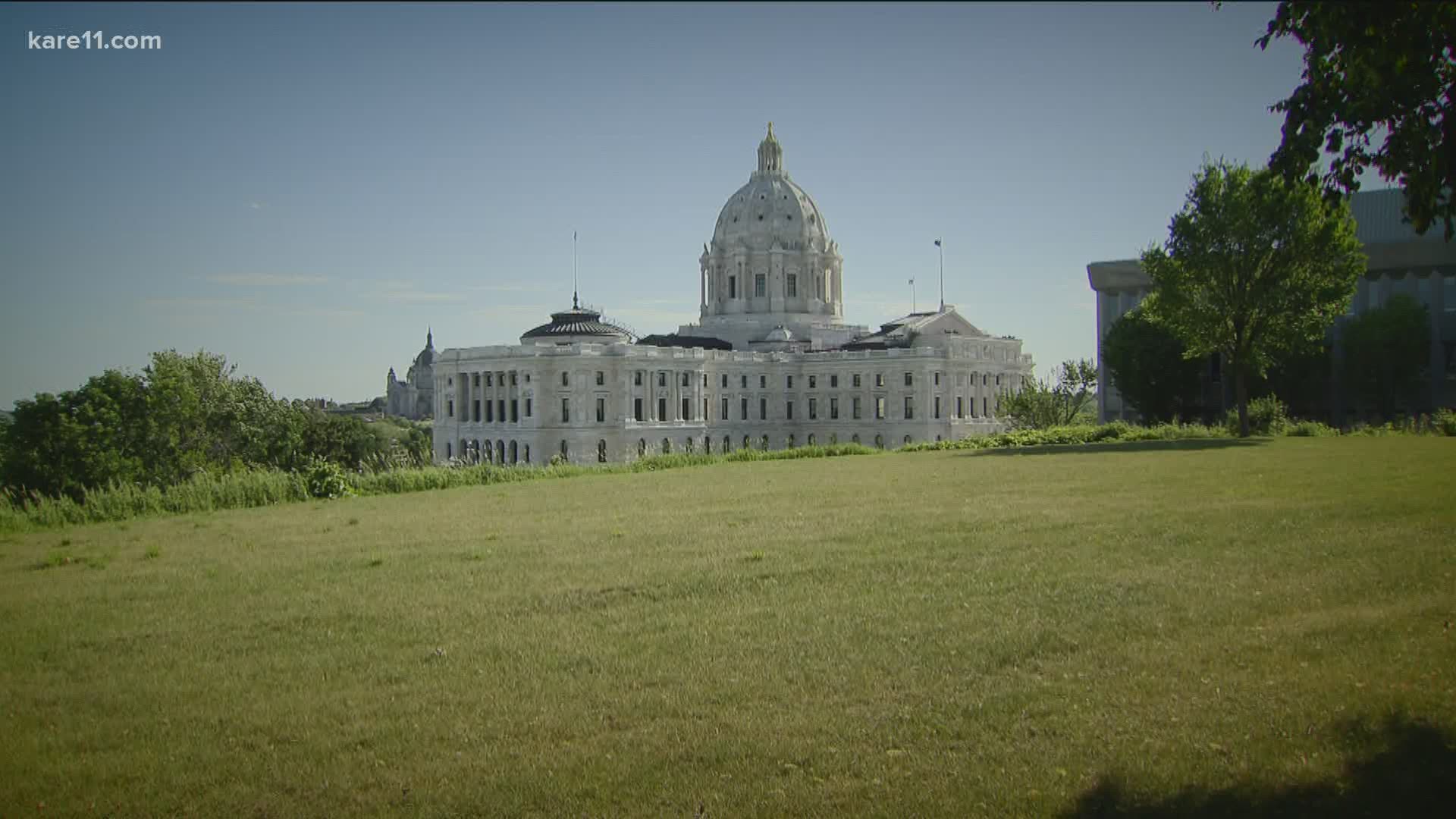 ST PAUL, Minnesota — On Monday, Minnesota lawmakers will return to the Capitol for a special session. Governor Tim Walz announced on Friday that he would be calling for the special session to begin June 14 to finalize the state's two-year, $52 billion budget. It needs to get passed before July 1 in order to avoid a government shutdown.

"They've got a lot of work and they've got to get it done fast," said Larry Jacobs, a political science professor with the University of Minnesota's Hubert H. Humphrey School of Public Affairs.

Jacobs said the focus will be on the numbers, with the main sticking points related to policy issues that touch on everything from police reform to education.

"I think the big challenge for Republicans is to stop the Democrats. The Democrats have a huge agenda on police reform and a number of other issues and they don't want to see that take off," Jacobs said. "On the other hand, the Republicans... they'd like to see support for private schools coming from the government or tax exemptions of various sorts."

Senate Republicans have also been pushing to require a photo ID to vote but Jacobs said that it's "not going anywhere." It appears Democrats' push for paid family leave may be left on the table while DFLers could have some luck with police reform.

Minnesota has the only divided legislature in the country with a Democrat-controlled House and Republican-controlled Senate. But leaders on both sides have said they are willing to throw things out in order to reach a deal and avoid a government shutdown.

On Thursday, Governor Walz said he doesn't think there is going to be a lot of policy changes but said as far as budget numbers go, "we're very close."

"We should be able to come in Monday and wrap this thing up. That would be my hope. We'll see," Governor Walz said.

Jacobs added, "I think the leadership is all about the numbers. Let's get the budget passed; let's make sure we don't close this thing down."

It's also expected that the governor's emergency powers will come up which Republicans have been pushing to end.