DFL Sen. David Tomassoni will serve in the event of a domino effect of moves involving other Minnesota Democrats. 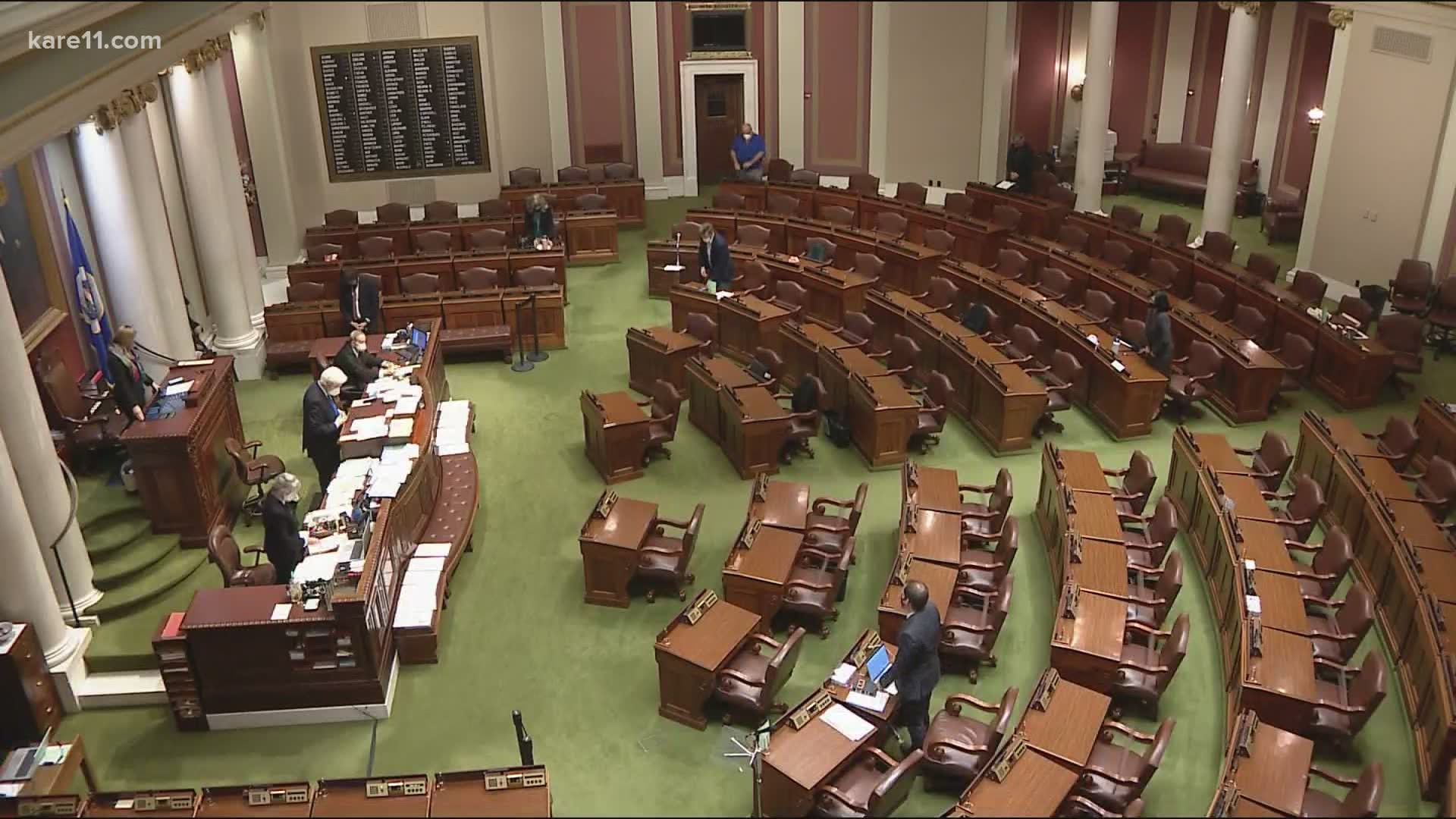 ST PAUL, Minn. — In an unusual move, the Republican majority in the Minnesota Senate has elected a member of the opposition party to serve as senate president for the remainder of 2020.

DFL Sen. David Tomassoni of Chisholm was elected to the position at the start of Thursday's brief special session at the capitol. The special session was called in conjunction with a decision by Gov. Tim Walz to extend the state's peacetime emergency due to the COVID-19 pandemic.

The move to elect Tomassoni is considered to be a stopgap of sorts for Senate Republicans to preserve their majority, in case of a potential domino effect of moves involving Minnesota Democrats.

The hypothetical scenario could potentially start if U.S. Sen. Amy Klobuchar were to be named to a Biden administration cabinet post. Should Gov. Walz choose to appoint Lt. Gov. Peggy Flanagan to fill the U.S. Senate vacancy, Minnesota law calls for the current senate president to become lieutenant governor. If Republican Sen. Jeremy Miller had continued as senate president, he would become lieutenant governor, leading to a special election in his competitive Winona-area district. A hypothetical loss there could cost Senate Republicans their narrow majority.

In an unusual move that perhaps anticipates a domino effect related to U.S. Sen. Amy Klobuchar's possible appointment to a Biden cabinet, the *Republican-led #MNSenate has just voted **DFL Sen. David Tomassoni to be their new President. @kare11

A similar domino effect happened in 2018 when U.S. Sen. Al Franken resigned. At that time, Gov. Mark Dayton appointed then-Lt. Gov. Tina Smith to the vacancy, which made Republican Sen. Michelle Fischbach the new lieutenant governor. However, Fischbach chose to remain in her senate seat through the legislative session, only formally assuming the lieutenant governor role later.

Fischbach later left the Minnesota Senate, and was elected to Congress in Minnesota's 7th district earlier this month.

Tomassoni's new leadership role in the Senate is expected to be temporary, with Miller expected to return as senate president when the new legislature convenes in 2021.

Thursday's brief senate session was also notable in that it was the first time Senate Republicans chose not to vote to rescind the governor's peacetime emergency powers. However, majority leader Sen. Paul Gazelka later tweeted that he continues to feel such decisions should not be left to one person.

I’ve always said COVID is serious. The surge we prepared for is now happening in spite of restrictions, and I’m glad we helped prepare for it. The Senate can move quickly again to address a covid crisis but continued emergency powers leave the decision making to one man only.