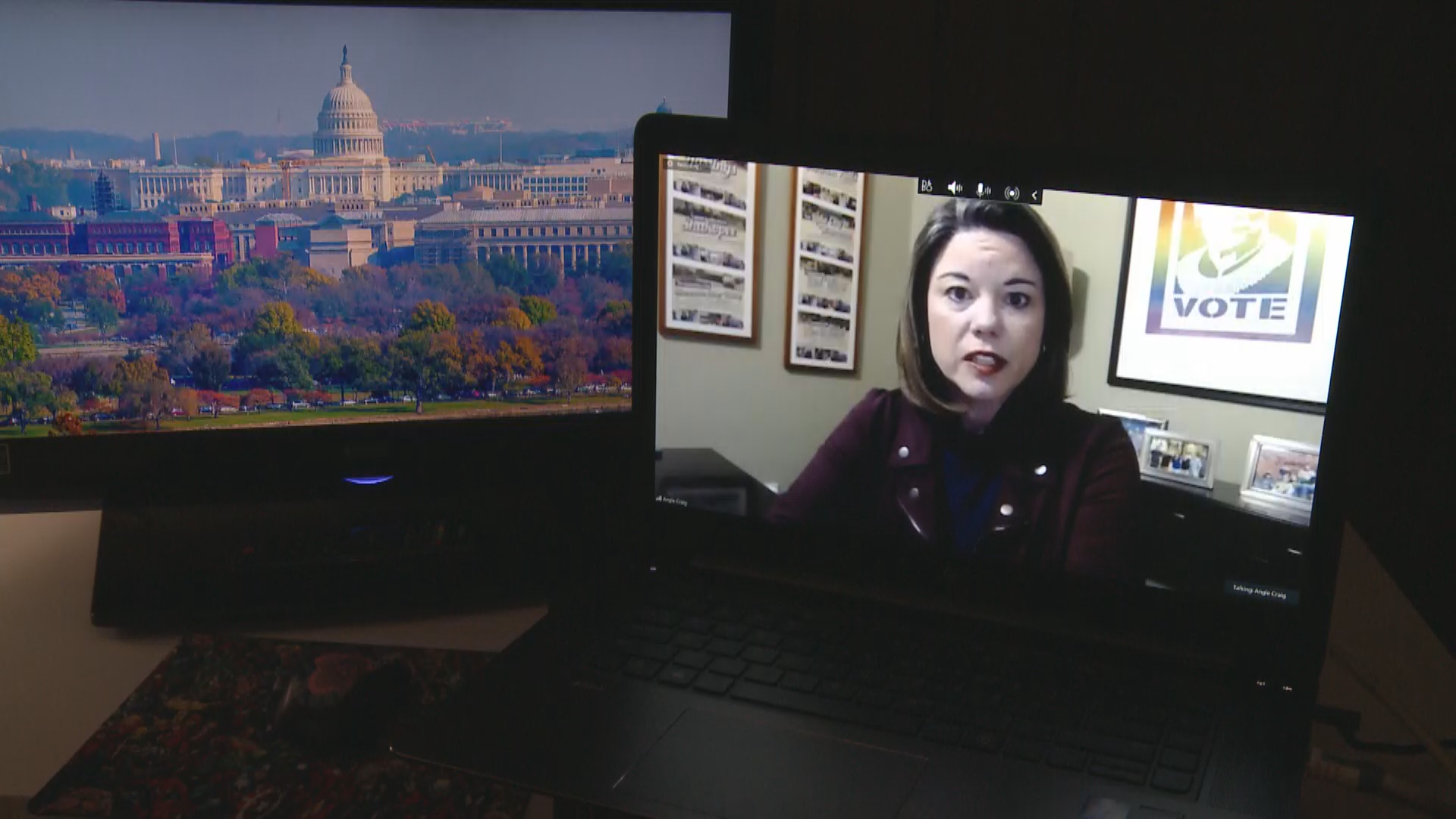 On Sunday, House Speaker Nancy Pelosi announced that the House will push for impeachment if other efforts to remove President Donald Trump fail. Pelosi said that first the House will try to force Vice President Mike Pence and the Cabinet to oust President Trump by invoking the 25th Amendment. If those efforts failed, the House would move to consider the articles of impeachment.

"I think that he is a danger to public safety and to national security and to our democracy," said U.S. Sen. Tina Smith, a Democrat.

Smith said it's a matter of accountability.

"What they are doing is essentially joining forces with the president in order to overturn the will of the people in our democracy and I think that that is fundamentally anti-democratic," Smith said.

"The president shouldn't serve one more day in office," Democratic Congresswoman Angie Craig said. She went on to later say, "There's no doubt in my mind that the president of the United States needs to be held accountable."

Both Craig and Democratic Rep. Dean Phillips are co-sponsors on the article of impeachment drawn up by Representatives David Cicilline of Rhode Island, Ted Lieu of California, and Jamie Raskin of Maryland. On Twitter, Lieu said they had 210 co-sponsors.

Sam Anderson, press secretary for Phillips, said, "Rep. Phillips remains in Washington and is urging Congressional leaders to immediately reconvene and take steps to reckon with the violent insurrection that occurred on January 6th by removing the President for his role in stoking sedition."

Congresswoman Betty McCollum, a Democrat, said to KARE 11 in a statement, "Speaker Pelosi and the House Democratic Caucus gave Vice President Pence time to assemble and invoke the 25th Amendment. In the event that does not happen, we are prepared to move forward with articles of impeachment. I support the effort being led by Rep. Jamie Raskin, and will share more information once it has been formally introduced."

Democratic Rep. Ilhan Omar tweeted on Sunday, "I will officially introduce two articles of impeachment against Donald J. Trump tomorrow." KARE 11 reached out to Rep. Omar for a comment on this story on Sunday and is waiting to hear back.

Sen. Amy Klobuchar was not available for an interview on Sunday but spoke with us earlier in the week. You can watch that interview, here.

RELATED: Minnesota Sen. Amy Klobuchar: 'We had to finish our jobs'

A spokesperson for Republican Rep. Jim Hagedorn told KARE 11 in a statement, "Joe Biden will take office as the next President on January 20. House Democrats simply cannot help themselves with their attempts to further divide the nation and subject the American people to more partisan battles."

"I would say, 'Where were my colleagues in Minnesota and across the country when it was time to unite the country around the fact that Joe Biden won the presidency?' Craig responded. "I would agree that this nation certainly needs to unite but the only way we do that is to holding people accountable for the lies that they've told and ask them to come forward and just tell the truth."

We also attempted to reach out Sunday to Republican Representatives Michelle Fischbach, Jim Stauber and Tom Emmer and are waiting to hear back.