This the the third time in U.S. history that a President has undergone an impeachment trial. 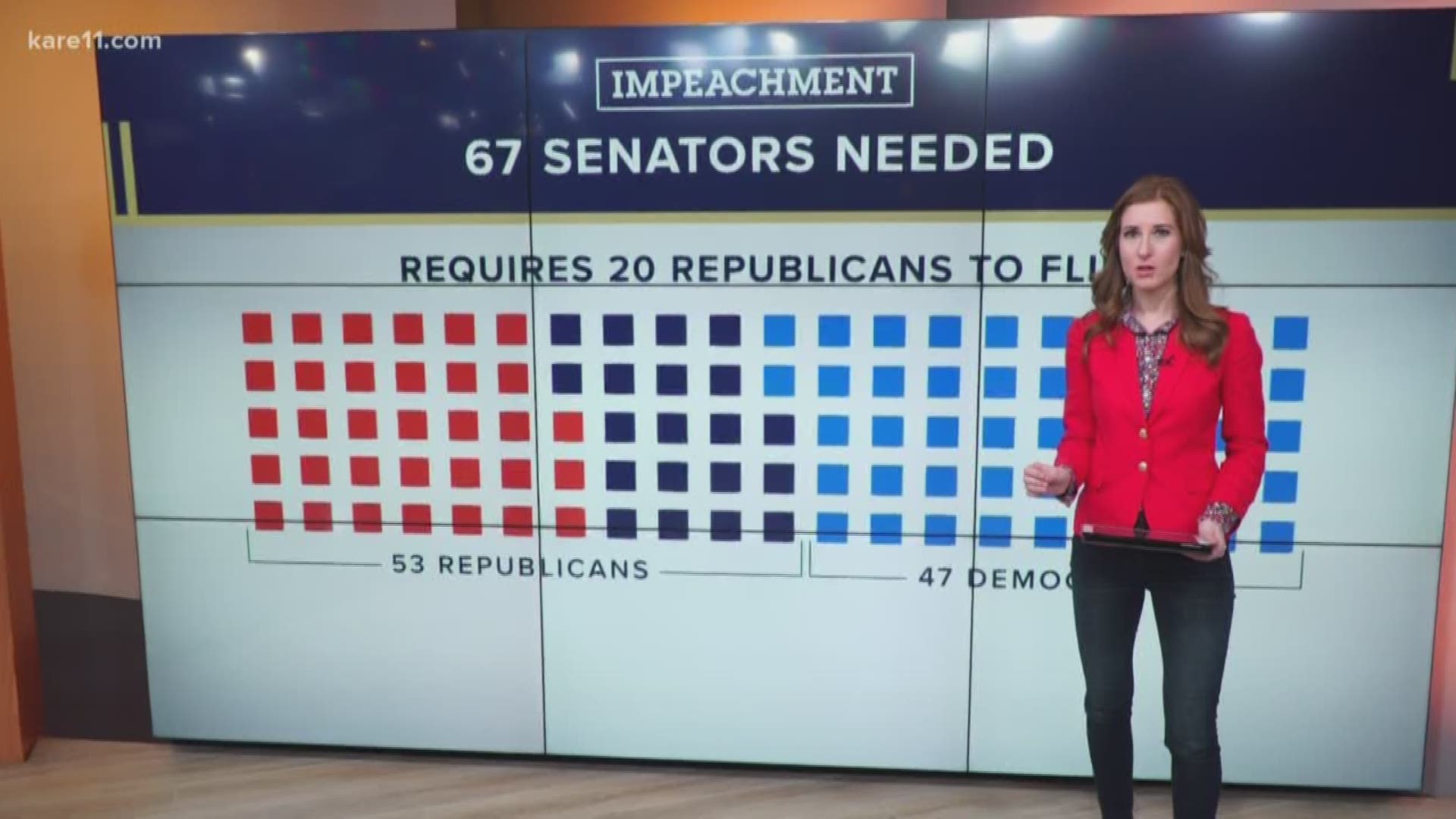 WASHINGTON, D.C., USA — Another historic day on Capitol Hill Tuesday, as the impeachment trial against President Trump gets underway, starting at Noon in the Senate.

Some groups to know in this trial include: House Managers, who are the prosecutors in this case. The President has his defense team, and the Senate is the jury. Just like in a typical trial, the jury decides if the President is guilty. If two-thirds or more of the Senate find him guilty, President Trump will be removed from office, and Vice President Mike Pence will take over as President. There is no appeal.

There are 67 Senators needed to make two-thirds. There are 47 Democrats in the Senate, so that means 20 Republicans would have to flip their decision, in order to hit that mark.

The trial is expected to begin with a debate on how to organize the impeachment proceedings.

"It may seem technical, but the key thing to look for in this debate is whether the democrats are able to get approval for bringing in witnesses. The democrats want to bring in a former National Security Advisor to Donald Trump, Mr. Bolton. They'd also like to bring in the acting Chief of Staff Mick Mulvane, because they think these witnesses are going to be damaging to the President," said Larry Jacobs, a political professor at the University of Minnesota.

Among the rules for the trial, set forth by Senate Majority Leader Mitch McConnell, each side gets 24 hours over two days to present their case. A vote is scheduled next week to determine if witnesses can be called in the trial.