Iowans dismiss partisan politics, back Vilsack as next USDA leader

Iowa's agriculture community is excited about the former Iowa governor and secretary of agriculture returning to Washington. 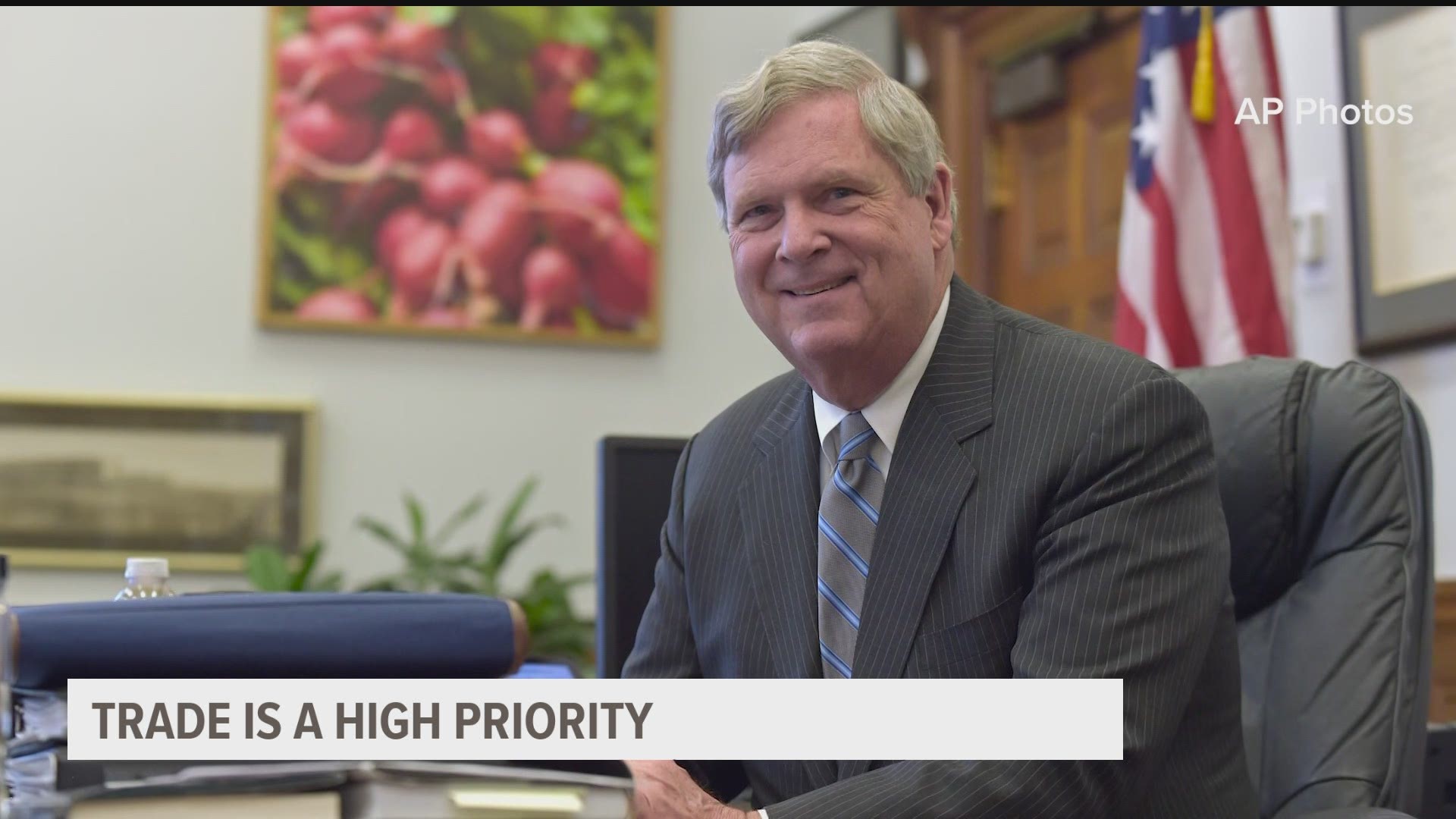 Former Secretary of Agriculture Tom Vilsack has a long history with the USDA, serving under President Barack Obama during both of his terms as president.

If confirmed by the Senate again, many ag groups want the former Iowa governor to tackle international trade issues.

"Secretary Vilsack understood how important exports are to Iowa's economy," said Monte Shaw, executive director of Iowa Renewable Fuels Association. "A huge part of Iowa's economy are exports, agricultural biofuels and others. He'll have a good understanding of that going in and can be a powerful voice."

"Secretary Vilsack understands the importance of international trade to the rural community," Judge said. "Tom is, I believe, the right person for this job at this time."

Judge is also the co-founder of Focus on Rural America, a group that aims to help build support for rural communities and minimize the divide between them and urban communities.

In addition to trade, Judge said another issue at the top of her list is conservation.

"While we don't particularly like that Waters of the U.S. regulation, I think it's time to revisit it and to see what we can do together," Judge said. "Rather than opposing each other, [we should look at] what can we do together with the agricultural community to try to improve our water and preserve our soil and, hopefully, it'll slow down the climate change. I believe it can be done."

“The USDA will be a team player—working with our sister agencies to advance issues of shared interest: rebuilding our infrastructure, fixing a broken immigration system, and fighting the ongoing opioid crisis.” — Tom Vilsack, Secretary of Agriculture Nominee pic.twitter.com/upL0BxLNjB

Those on the other side of the aisle are also happy to have the Iowa native leading the USDA.

"He did a good job the eight years he was secretary of agriculture under President Obama and I would look forward to four more years of working with him," Sen. Chuck Grassley, R-Iowa, said.

The Iowa Farm Bureau said they look forward to working with Vilsack again.

"Iowan Tom Vilsack has remained engaged in U.S. agriculture and has a deep understanding of the current issues," Iowa Farm Bureau Federation President Craig Hill said in a statement. "We are very pleased he has been chosen to once again lead the USDA. We look forward to working with Mr. Vilsack, as we did for eight years during the Obama Administration, to help find solutions to the many challenges facing our nation's farmers, and we stand ready to assist him in any way possible."

While there will be partisan issues to take on, such as those Vilsack faced in 2015 with the Environmental Protection Agency's (EPA) implementation of the Waters of the U.S. Rule (WOTUS), Iowans said they are happy to have an advocate for Iowa's ag industry in Washington.

"When you look at ag advocates, who understand modern farming, who understand the Iowa farming that we do here with our family farms, with our local investments and biofuels, former governor and then, of course, former and soon to be future Ag Secretary Vilsack — he gets that," Shaw said.

The EPA repealed the WOTUS rule in 2020 under the Trump administration.