What you need to know about DACA

The controversial program for immigrants is shrouded in confusion and, sometimes, inaccuracies. Here's what you need to know about it. 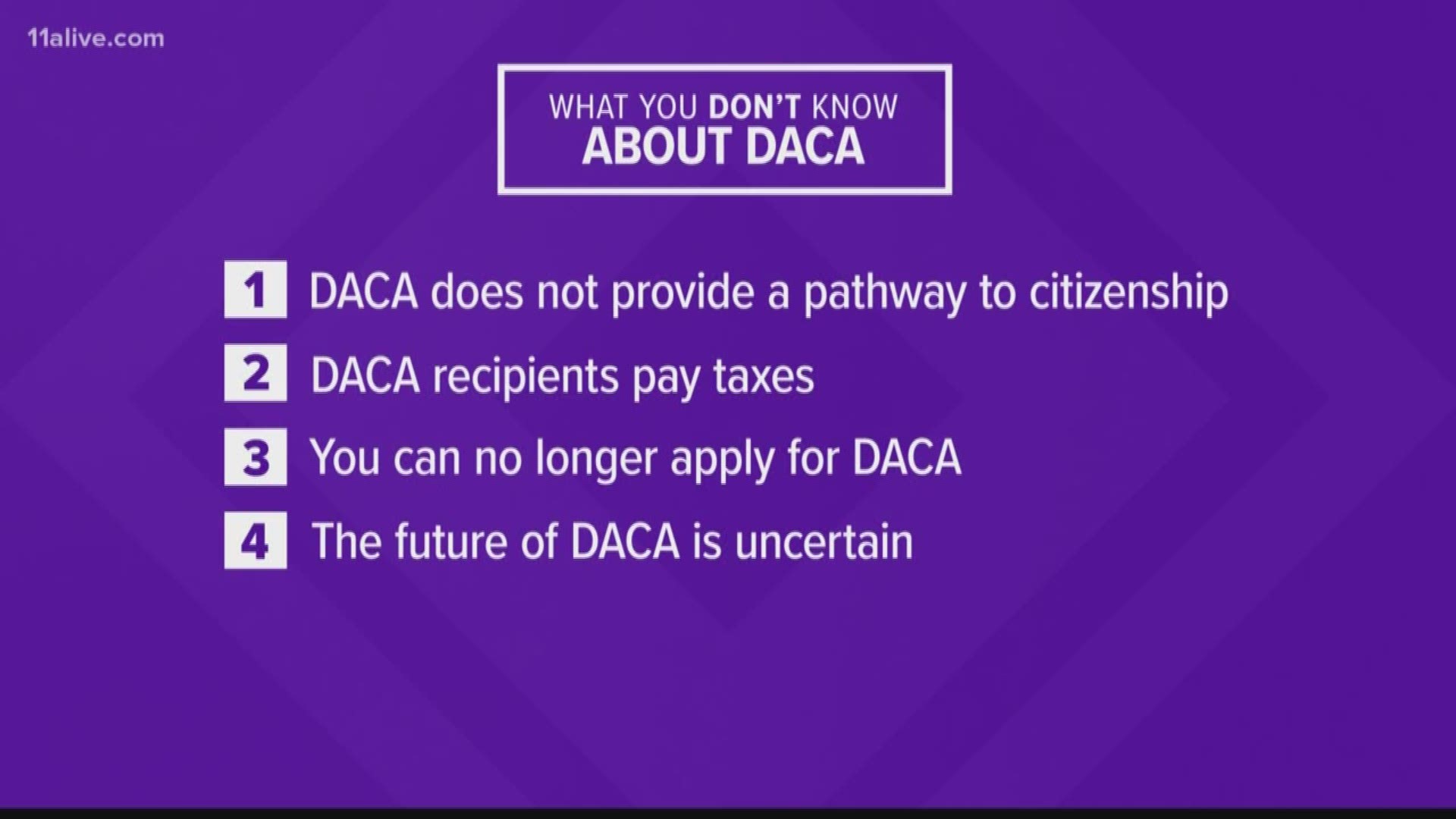 ATLANTA — The U.S. Supreme Court is set to decide the future of the program that has allowed more than 700,000 young people known as “dreamers” avoid deportation.

The young people had to meet certain criteria to be admitted into the program, called DACA, including pursuing a high school diploma or GED and arriving in the U.S. before the age of 16.

However, President Trump ordered an end to the program in 2017 because he felt it was unconstitutional.

RELATED: Know your rights during an ICE raid

There are lots of questions surrounding DACA. Here are answers to some of the most common ones we receive:

According to The Institute on Taxation and Economic Policy, DACA recipients pay about $2 billion every year in state and local taxes. Undocumented immigrants also contribute to that.

"We have to pay taxes,” explained Marisol Estrada, an Atlanta-area DACA recipient. “Even if you're not a DACA recipient, undocumented folks are given a tax identification number."

There are approximately 21,000 DACA recipients in Georgia according to the Georgia Budget and Policy Institute.

The Supreme Court is set to hear arguments next month about DACA.

US takes step to require DNA samples from asylum-seekers