This comes a day after the House finally broke months of partisan stalemate and approved the bill. 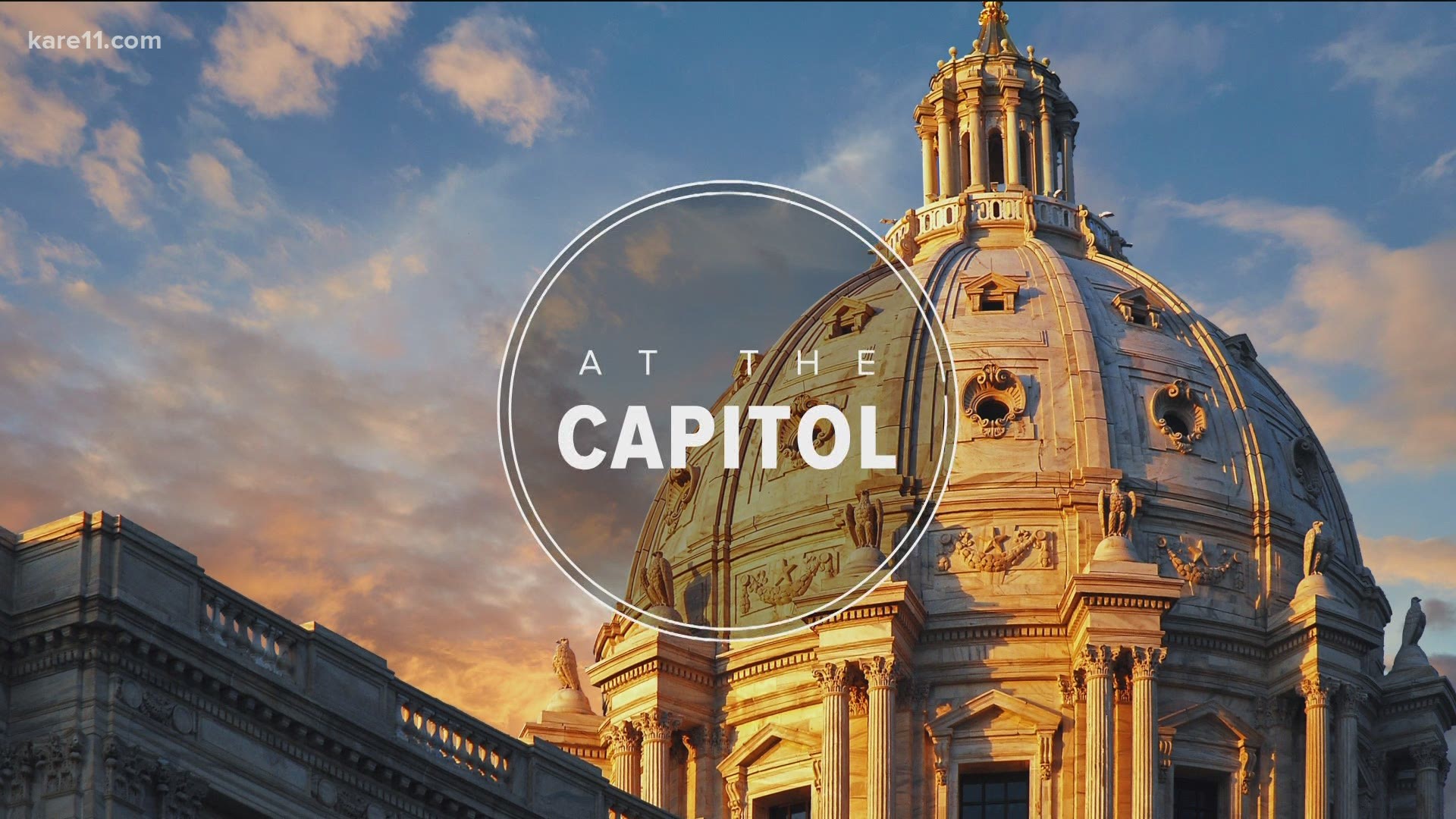 ST PAUL, Minn — A $1.9 billion public works construction bonding bill is headed to Gov. Walz's desk, after a final thumbs up from the Minnesota Senate.

This comes a day after the House finally broke months of partisan stalemate and approved the bill.

The package is the biggest piece of unfinished business left over from the 2020 regular session.

The Senate voted 64-3 Thursday to send the bill to Democratic Gov. Tim Walz for his signature.

Twenty-five House Republicans crossed over Wednesday night to join the House Democratic majority and pass it 100-34. The sponsor says the bill will fund needed infrastructure projects and create jobs across the state.

Some of the money will go to fix bottleneck rail crossings, such as the one on Hanson Boulevard in Coon Rapids.

The U of M's money will go mostly to repairs and upkeep on buildings, but also will build a new undergraduate chemistry lab and help pay for renovation of the Institute of Child Development.

"A bonding bill takes both sides of the aisle," Sen. Melisa Franzen, an Edina Democrat, told colleagues. "It takes Republicans and it takes Democrats and it's a very hard thing to do, especially with the environment we see right now politically across the country."

Bonding committee Chair Dave Senjem said even the writing on the wall in the Senate chamber reminds them it's part of the job.

Most lawmakers admitted the bill wasn't perfect, and that they still must wrestle with a looming operating budget deficit. But most of them asserted the construction jobs it would generate are badly needed in the COVID pandemic.

"We have been advocating for a robust bonding bill long before anybody thought about COVID and the economic fallout from this pandemic," Senate Minority Leader Susan Kent said.

"But the pandemic and the economic fallout that resulted have made it even more urgent."

The package also includes money for water quality projects and water treatment plants in small communities across the state.

"Senator Senjem, thank you for the clean water for my little communities of Vernon Center and Waldorf. They are ecstatic," Sen. Julie Rosen, a Vernon Center Republican, remarked. 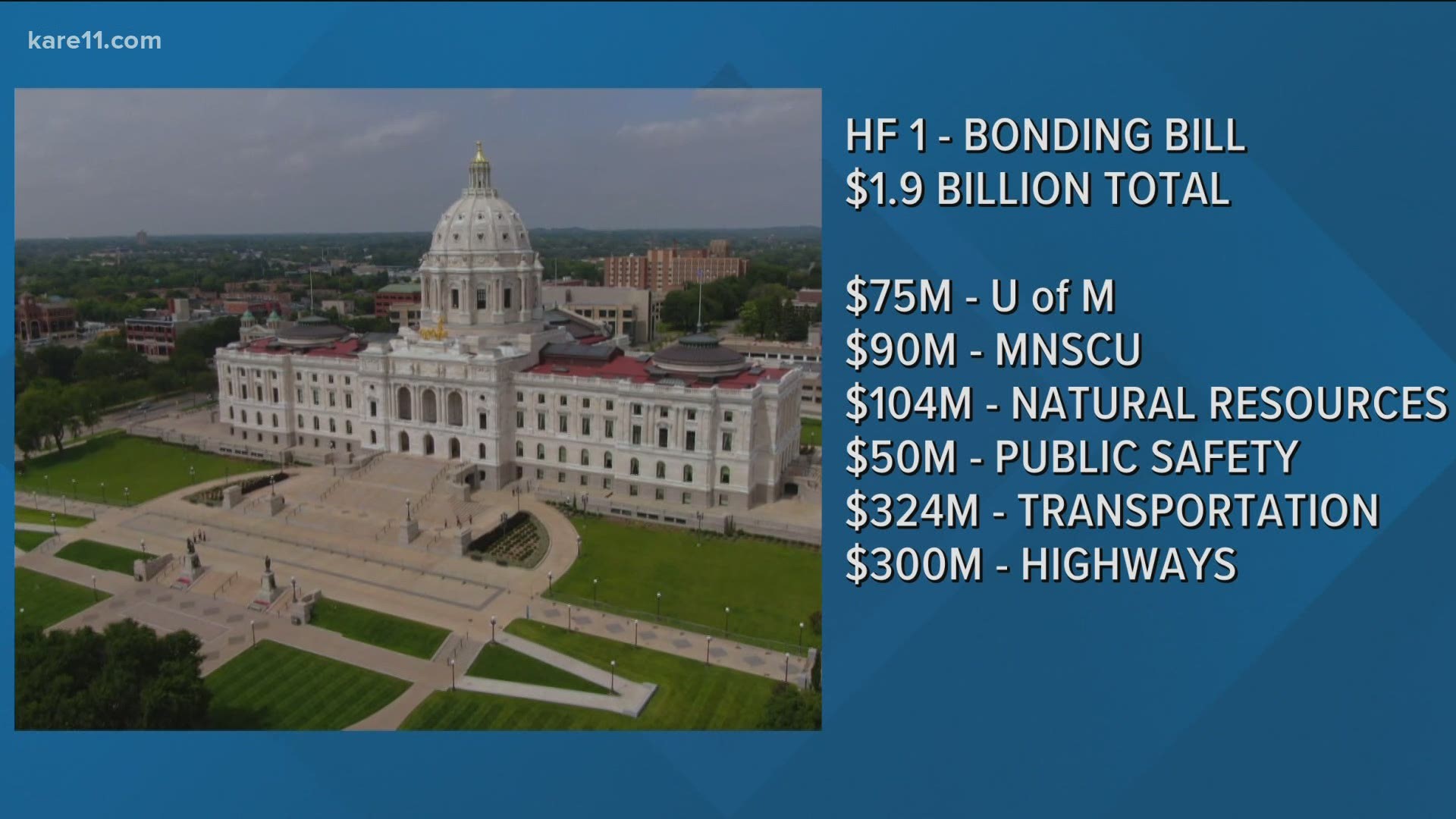 The traditional bonding bill was lumped together with tax legislation and a supplemental spending measure. The tax portion provided tax breaks for farm implements and business equipment, by bringing Minnesota's tax code into compliance with the federal code.

The supplemental spending section of the HF 1 included money to pay the overtime bill for Minnesota State Troopers who worked the Twin Cities riots after the killing of George Floyd.

The bill was the culmination of a two-year process that began with travel by the bipartisan bonding committees in the House and the Senate, who went on tours of proposed construction projects across the state.

Sen. David Tomassoni, a Chisholm Democrat, said those bus tours were a learning experience for him because he was seeing places and learning about issues he'd never heard of before.

"And there were senators who said the same thing when they saw my part of the state."

He said they also literally "bonded" over bonding.