Why northern Minnesota is now a popular stop for presidential campaigns

Trump is expected to win northern Minnesota, but the region could still prove critical to Joe Biden's campaign. 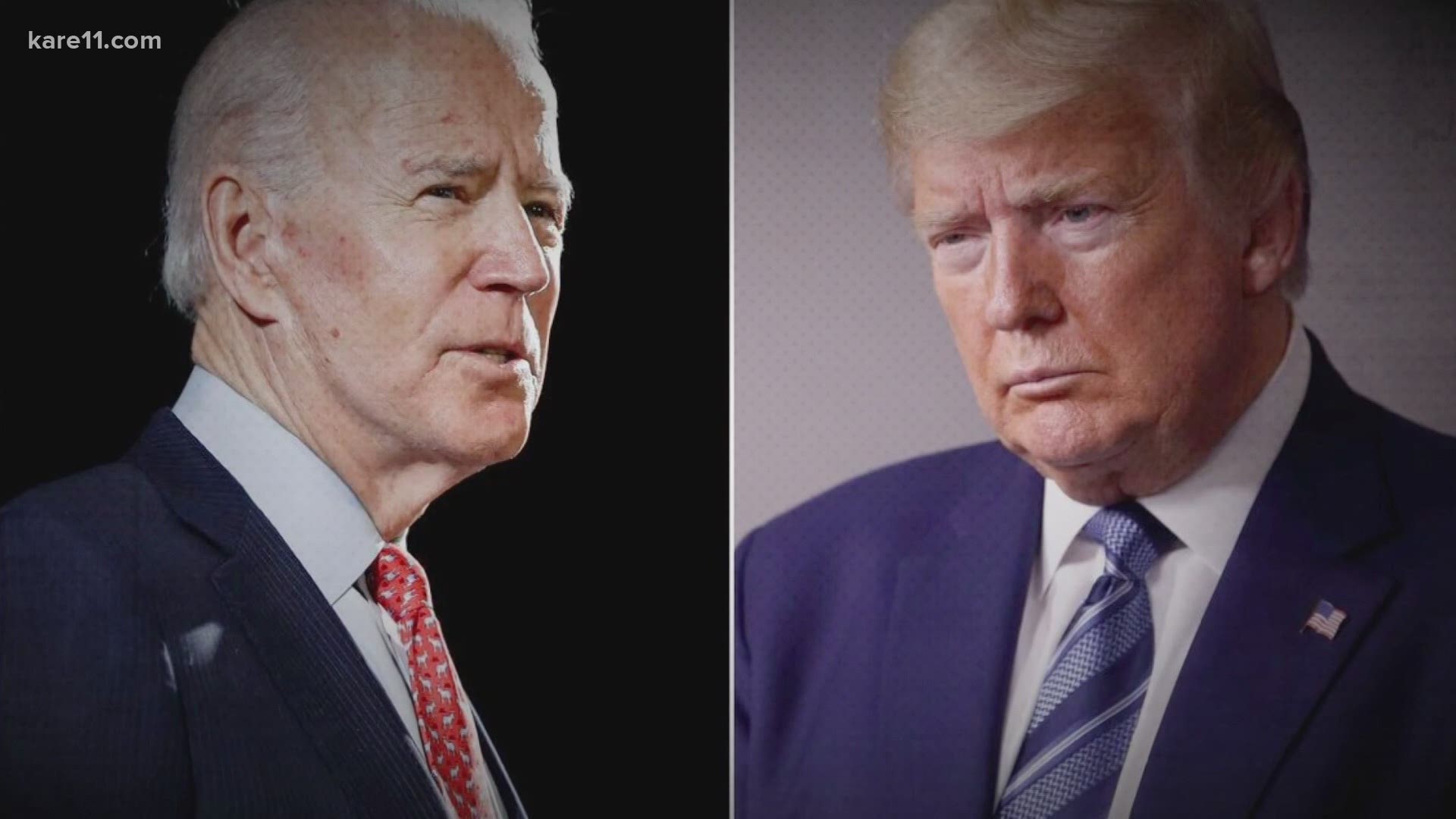 MINNESOTA, USA — It's unheard of for two presidential candidates to be campaigning in northern Minnesota on the same day, but for one campaign, it's become a frequent stop.

"President Trump has been here a lot," said Cindy Rugeley, associate professor of political science at the University of Minnesota Duluth. "He or a family member. Pence has been here."

Rugeley says Trump's focus on northern Minnesota really started four years ago, shortly after he narrowly lost the state to Hillary Clinton. Despite spending very little time and money on Minnesota, he dominated the vote in the north - winning the eighth congressional district by nearly 16 percentage points.

"As soon as the 2016 election was over he said he could have won Minnesota had he made a few more trips," Rugeley said.

Trump's campaign has followed through on that promise, and the region is now key if he wants to flip Minnesota red for the first time since 1972.

"What Trump is obviously trying to do is just turn out huge votes in the rural areas of Minnesota, particularly along that Iron Range area and the areas of northern Minnesota that are in greater Minnesota," Rugeley said.

She says Joe Biden's trip to Duluth and a union training center in Hermantown is likely more about strategy than outright winning the Iron Range.

But that doesn't mean Biden can't perform better than Hillary Clinton did.

"I mean, Duluth is a democratic area and so it's an area where it can really reduce that margin that Trump comes out with," Rugeley said.

"I think both campaigns both view northern Minnesota as an important place to pick up votes," said Kathryn Pearson, political science professor at the University of Minnesota, Twin Cities. "Biden is just trying to get enough votes that his edge in the other parts of the state will still allow him to win."

Which is why she expects both campaigns to visit the Twin Cities metro area as well before the election.

"In a close race it sort of comes down to everything," Pearson said. "I mean, it comes down to turnout, and a lot of voters in Minnesota live in the suburbs. So the suburbs are critical important in 2020."